VERIFY: Here's when the Secretary of HHS says vaccines could be ready

Our Verify team sat down for a 1-on-1 interview with the United State's Secretary of Health and Human Services, Alex Azar. Here's what we learned. 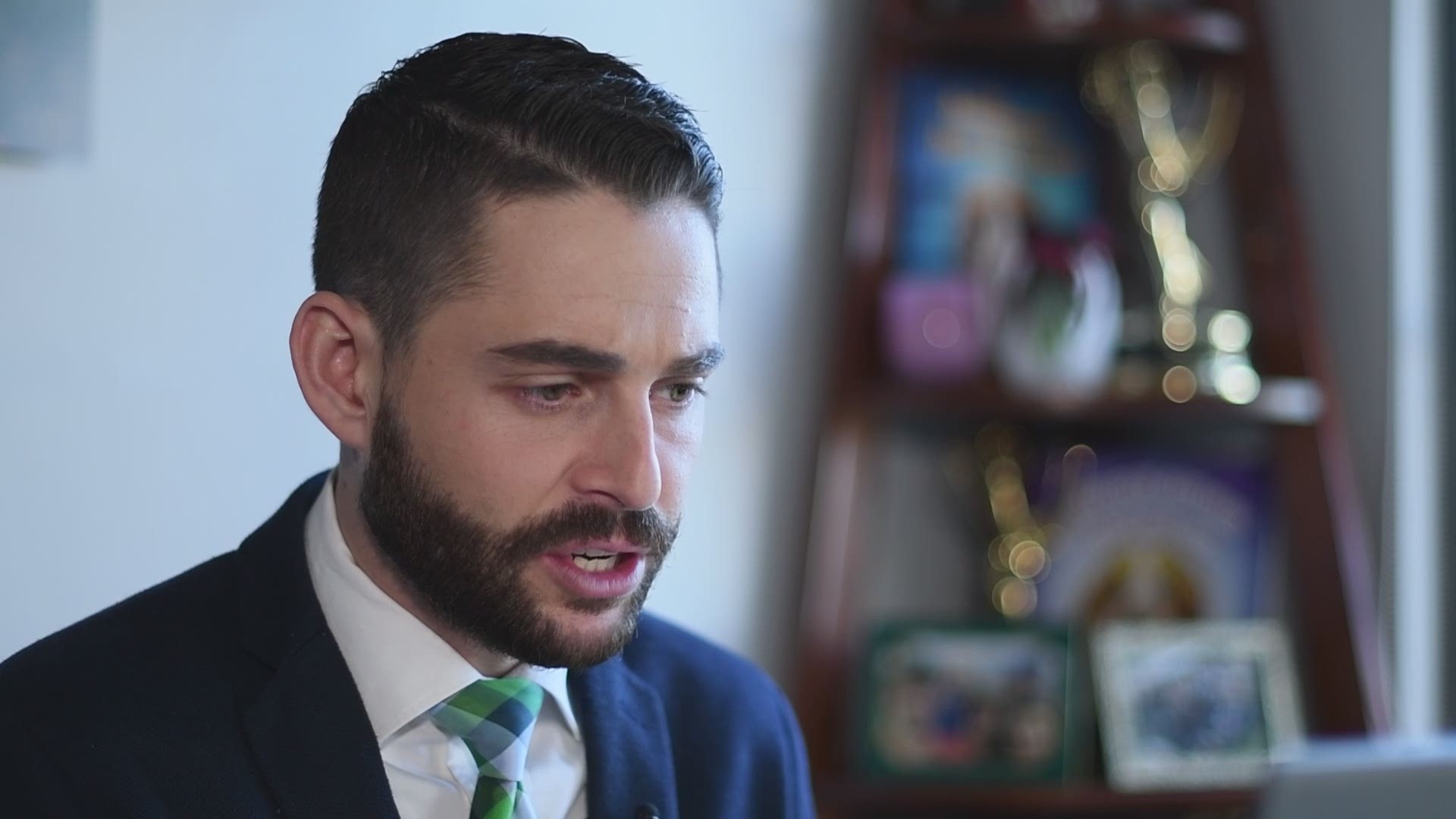 WASHINGTON — With the end of the year fast approaching and vaccines on everyone's mind, the Verify team has been working hard to get you the answers.

We decided to go straight up the ladder and ask some of your questions in a 1-on-1 interview with the United States Secretary of Health and Human Services, Alex Azar.

From when you might get the vaccine to where dosages could be rolled out to, here''s what we learned.

On what specific day do you expect the first batch of vaccinations could actually be in people's arms?

Well, it really depends on when FDA would approve. So we have the Pfizer advisory committee meeting this Thursday, (12/10) and the Moderna one is scheduled a week from Thursday. If everything remains on track, as it appears to be with the Pfizer vaccine, it could literally be within days the FDA grants authorization. We have said that we would be able to ship within 24 hours and some of the retail vendors like CVS, I think have said that within 48 hours, they would have shots and arms from FDA approval.

When that vaccine is widely available, do you expect that Americans may have to wait weeks to get an appointment? Or will there be enough doses and locations where people could get it quickly? Let's say day of?

In some states, we've got over 1000 different outlets, whether it's CVS, Walgreens hospitals, public health departments, community health centers, nursing homes where we'll send a vaccine, while others may be more limited in where they want it to go.

We want to replicate for people as much as possible the experience of getting your annual flu vaccine so we're getting it to the places you're familiar with, the people you're familiar with to make it an easy experience. And it's just gonna be week by week progressively more vaccine ships and is available in our governor's will select prioritized groups.

So in terms of widespread in the second quarter of next year, by that point, we will have a very well oiled machine.

RELATED: VERIFY: Are rapid antigen tests really less accurate than other COVID-19 tests? When's the best time to get one? 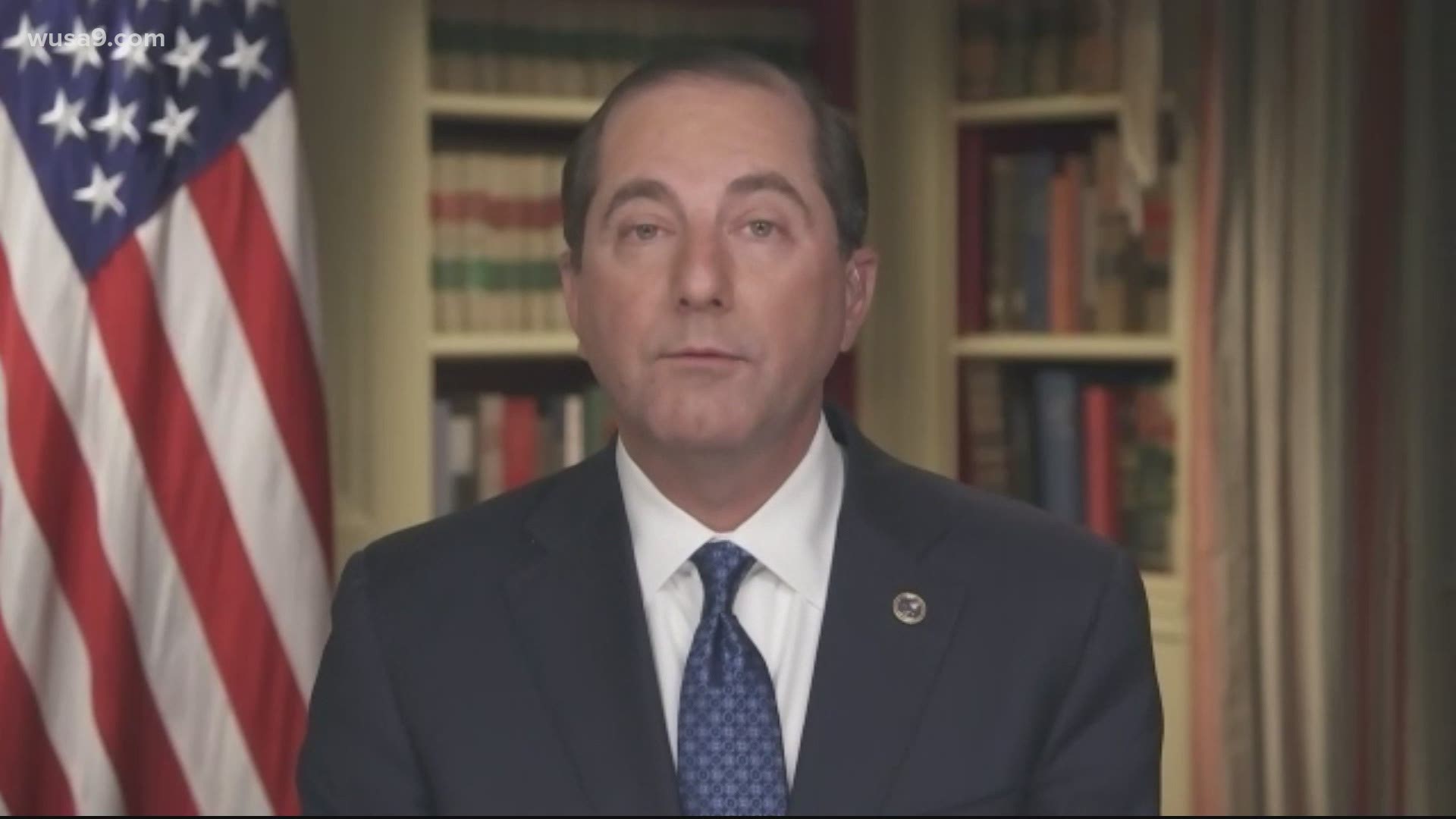 Recent polls show only around 60% of Americans willing to get the COVID vaccine at this time. Do those numbers concern you, and what needs to be done immediately to change that, given the government has had months to build that confidence?

Lately, I think a lot of that is driven by what they're seeing in this incredible efficacy of these early vaccines 94% efficacy, but also, I think they're reassured that, that the president has lived up to our commitment, which is five independent checks in the system for approval. The FDA will make this call independently, and the American people will know the FDA career scientists will willing to stand by their safety and efficacy determinations.

So you think the numbers are going to turn around?

I think they'll keep increasing, you know, any other products that the more our friends and neighbors have good and successful experiences by word of mouth confidence will progressively increase.

What do you think of tyng the stimulus to getting vaccinated and perhaps paying people to get a vaccine or offering some incentive?

Listen, I think the best thing that we can do is to educate people about the vaccines about the safety and efficacy profile of them, and really enable thoughtful discussions between individuals and their health care providers so that they can make individual choices that are right for them. We want people to want to get vaccinated because they believe it's the right thing for them.

Tell me, in your role as Secretary of HHS, ultimately, you will have to approve any mandates or approve whether or not mandates can happen from businesses from states. Is that your understanding? And if so, would you approve? Would you authorize mandates?

RELATED: VERIFY: Yes, you will receive a vaccination card when you get the COVID-19 vaccine. But it's not a form of ID

Over the weekend, we saw one representative tweeting out that Dr. Fauci was advising people against traveling for Christmas, saying, "What is Dr. Fauci going to cancel next saying Merry Christmas. So I'm wondering if you can speak to whether or not Americans should be listening to the guidance of Dr. Fauci?

What American people should do is listen to the science, the doctors, the thought leaders, and public policy officials. 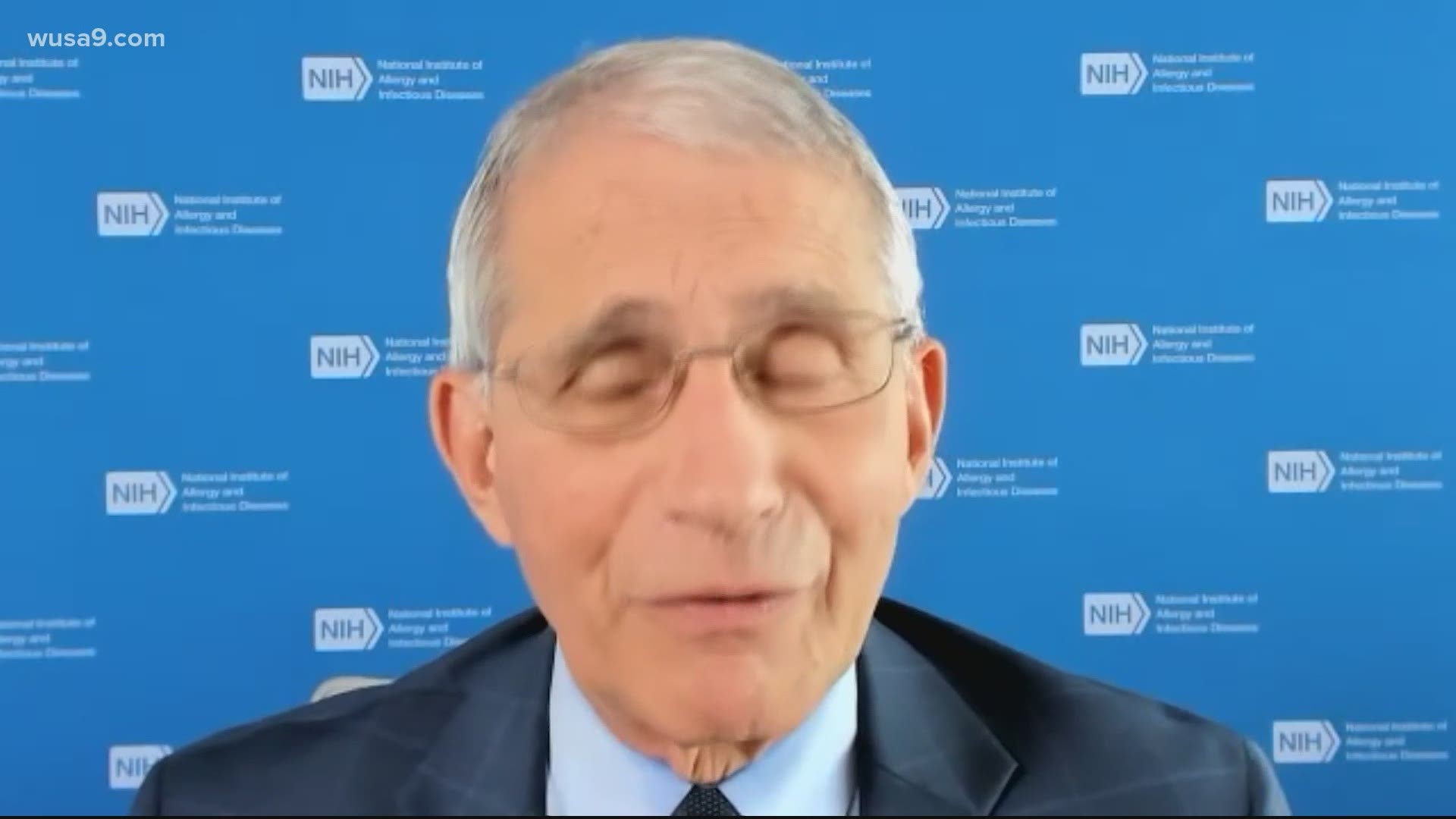 Does that include Dr. Fauci?

Of course, Dr. Fauci is an important voice there now, but what he's saying is what we all say, which is wash your hands, wash your distance where your face comes, we can't watch your distance.

Be really careful about indoor settings, we're gonna let your guard down and not do that. And we're very concerned about the Christmas holiday season because people do let their guard down with family members who aren't from the same household.

So my message is one of vigilance which is, assess your individual situation and just know, the more you're indoors, the more you're at risk. If you're going to be indoors, try to get more ventilation, open the windows turn the ceiling fan to pull upward, keep distance indoors, wear face coverings if you're going to be close to each other indoors. Every one of those things is an added risk for yourself and others.

RELATED: 'This is not fake news': Dr. Fauci talks holiday travel safety and upcoming vaccines in 1-on-1 interview

Do you have any concerns regarding the distribution of vaccines at this point in terms of the widespread distribution in the second quarter?

So in terms of widespread in the second quarter of next year, by that point, we will have a very well oiled machine in terms of distributing it.

It'll be very much like our flu vaccine distribution system, where people will be getting vaccines the way they get their flu vaccine. We hope we'll have even more than just the Moderna and Pfizer vaccines that are offered to individuals here in the United States. So I think by that period, it'll be a quite exercised and rehearse program. But even if we start vaccinating, and distributing next week, the US military and Pfizer have already been doing exercises and rehearsals and practice runs, to make sure as you would expect from the US military that the system works.