VERIFY: Viral video of an Amazon drone mothership is fake but based on real patents

An April Fools' video keeps floating around social media because of it's realistic editing of an Amazon drone ship. 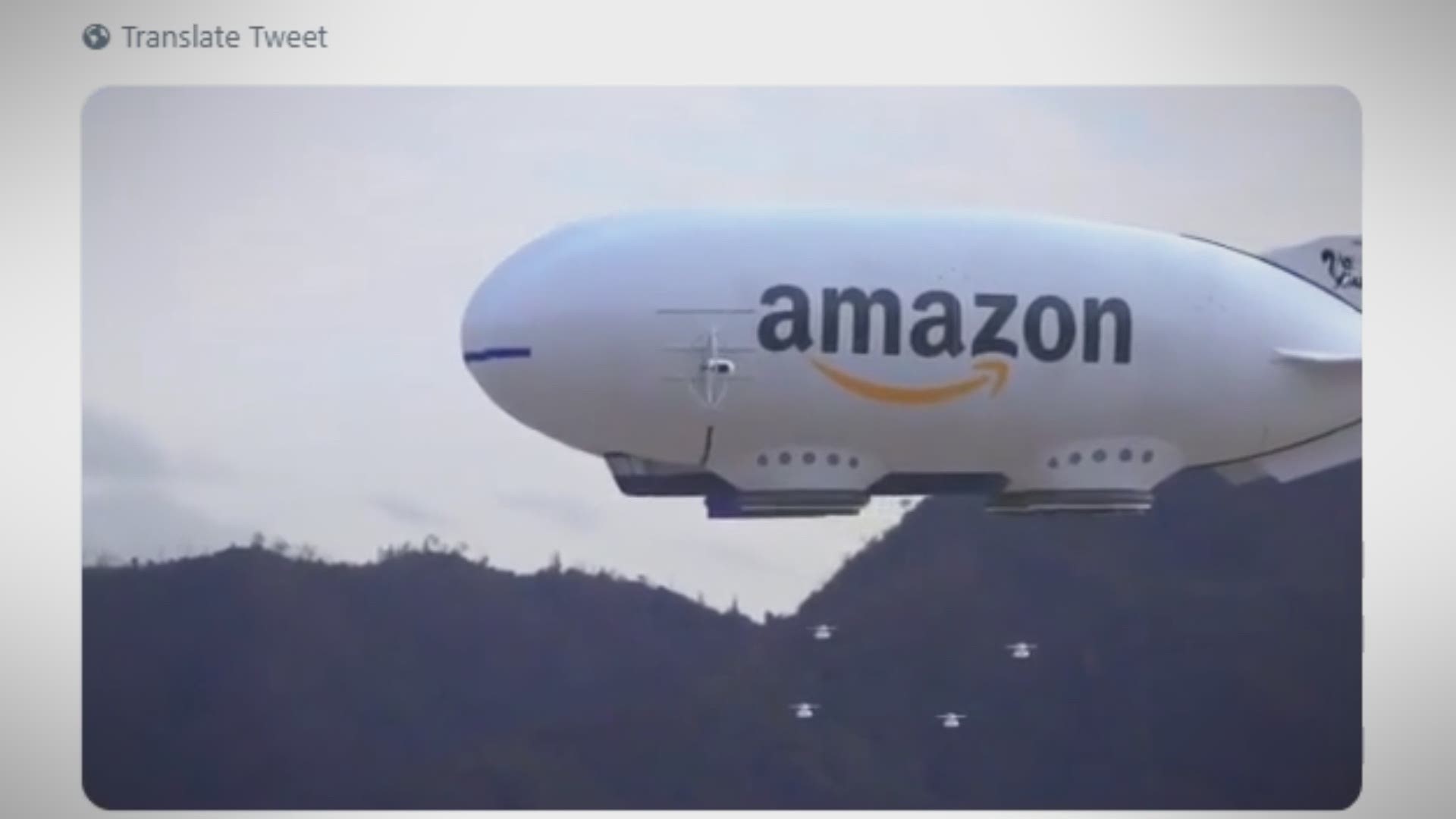 A video of what appears to be an Amazon "mothership" deploying out drones has quickly spread across social media this week, gaining millions of views in the process.

For many, it’s a frightening symbol of a dystopian future. In fact, one viral tweet showcasing the giant blimp video chose “borderline dystopian” as the exact description of it.

No, we can Verify this video was created with computer-generated graphics. However, the patent for this sort of technology does exist.

The original video was posted by a Japanese artist shortly after April Fools' Day began in Japan.

As evidence that it was computer-generated, the artist posted their inspirations, how they created it, and where the background came from all within the original tweet’s thread.

While the floating behemoth in the video isn’t real, there is a lot of truth that went behind the creation of this video.

The design of the aircraft itself is inspired by a real Lockheed Martin product called the Hybrid Airship.

On its website, Lockheed Martin explains the main selling point of the Hybrid Airship is its capabilities to transport heavy cargo to remote locations without roads.

The usage of Amazon in the video was inspired by reality, as well.

Amazon filed a patent in late 2014 for an “airborne fulfillment center (AFC) and the use of unmanned aerial vehicles (UAV) to deliver items from the AFC to users.”

Essentially that patent, which was approved in April of 2016, is for an airborne warehouse that uses drones for deliveries.

Within the patent, it’s proposed an AFC could fly above a metropolitan area or above an event like a football game. It’s also proposed that the drones may have to return to a ground facility after making the delivery because the high altitude of the AFC may make the drones’ return to the ship unfeasible.

It’s important to note that these are just proposals and theory-crafting -- Amazon has not built anything like this yet. There’s a possibility they never actually make this a reality. However, there is also a possibility that it does become real eventually, if not in the near future.

So the final tally? The video itself depicts a computer-generated airship. The ship is inspired by a real product Lockheed Martin is close to making available and the usage of Amazon and the drones is a reference to a real patent filed by Amazon.

Therefore, while the video is making references to things that could exist in reality, the video itself is not real footage.

While the aircraft in the video might not be an example of society’s technological advancements, the video itself should be. It looks pretty realistic for a digital creation.