VERIFY: The link between mental health and mass shootings is thin

More than half of the country believes an increased focus on mental health could lower the number of mass shootings. But research shows the link is pretty weak. 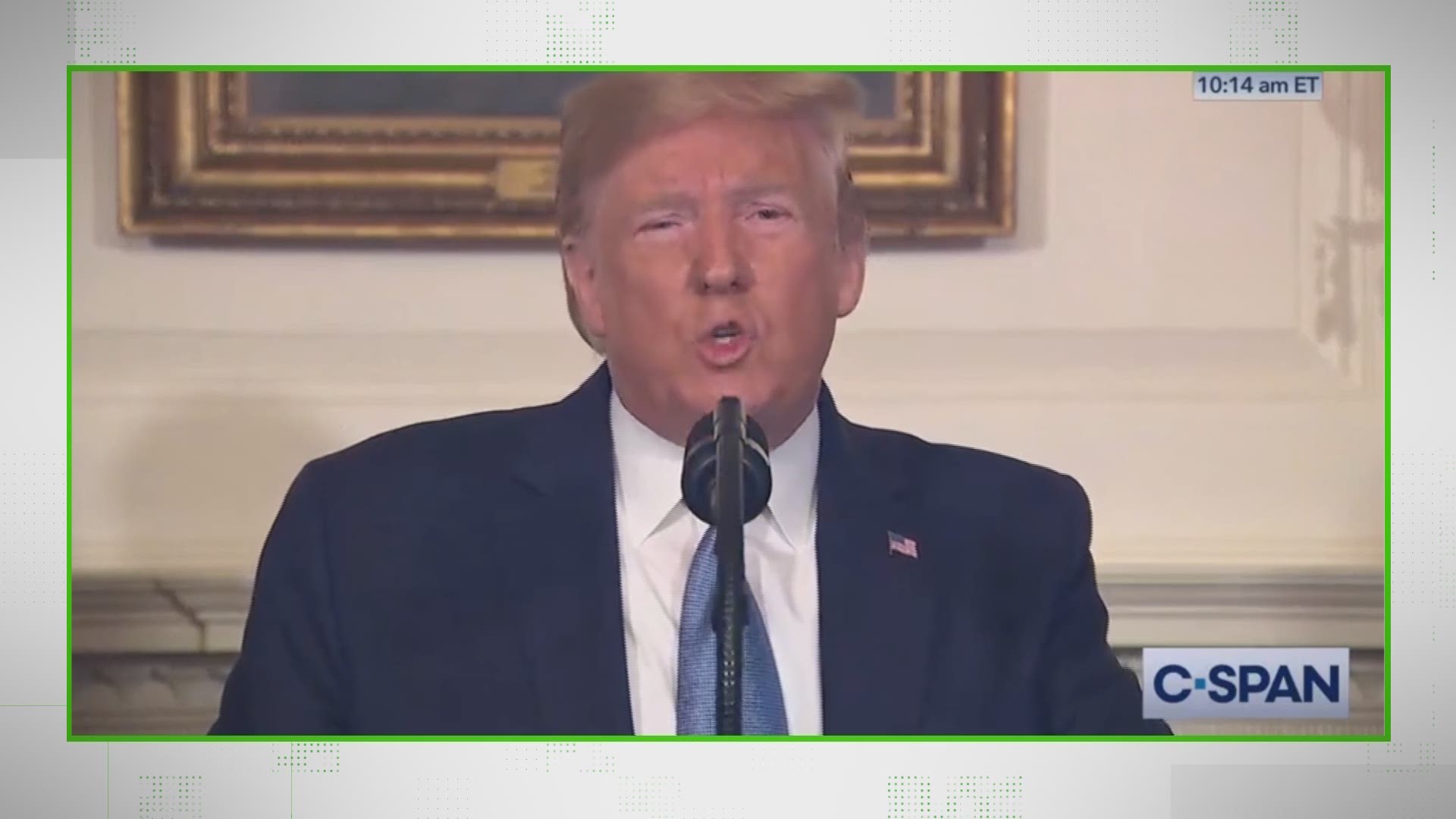 President Donald Trump spoke Monday morning following two of the deadliest shootings in the United States so far in 2019.

Along with a call for the country to come together, Trump highlighted the need for reform in mental health laws.

“We must reform our mental health laws to better identify mentally disturbed individuals who may commit acts of violence and make sure those people not only get treatment,” he said, “but when necessary, involuntary confinement. Mental illness and hatred pulls the trigger, not the gun.”

President Trump is not alone in talking about mental health reform right now. Polls show that more than half of Americans believe failing to identify mental health problems is a major cause of gun violence.

But do the numbers and research back that idea or not?

Is there data or research to link mental health issues or mental illnesses to mass shootings?

Yes, there is data to link mental health issues to mass shooters, but the link isn’t strong and could mislead.

In a 2015 study, researchers at Columbia College of Physicians and Surgeons charted “mass killings” since 1913.

Of the 235 cases they reviewed, they found evidence to link 22% of the shooters to mental illness.

So roughly 22% of studied mass killers had a link to mental illness.

The book “Gun violence and Mental Illness,” found that mass shootings by individuals with serious mental illness makes up less than one percent of all yearly gun-related homicides.

And when you broaden it, “serious mental illness” had only been linked to three percent of all violent crimes.

Another study by the Harvard Medical School found that “most individuals with psychiatric disorders are not violent."

So the data shows that while there certainly are mentally ill people committing some of these mass shootings and crimes – there isn’t a large or obvious link.

Yes, those studies relied on a variety of data samples, but the academic research is backed up by the Department of Health and Human Services.

Now, it’s important to note, at this point there’s no definitive proof or tests to show whether the suspects in the El Paso and Dayton mass shootings had mental health problems.

But as the DHHS states, people with severe mental illnesses are more than 10 times more likely to be the victims of violent crime compared to the general population.

So yes, research shows that there is a link between mental illness and violence – but it’s far more likely that someone with a mental illness will be a victim of violence, rather than the person committing it.

That’s important info to keep in mind as more politicians talk about the major causes of these shootings.