VERIFY: No, members of Congress who are self-quarantined for coronavirus cannot vote remotely 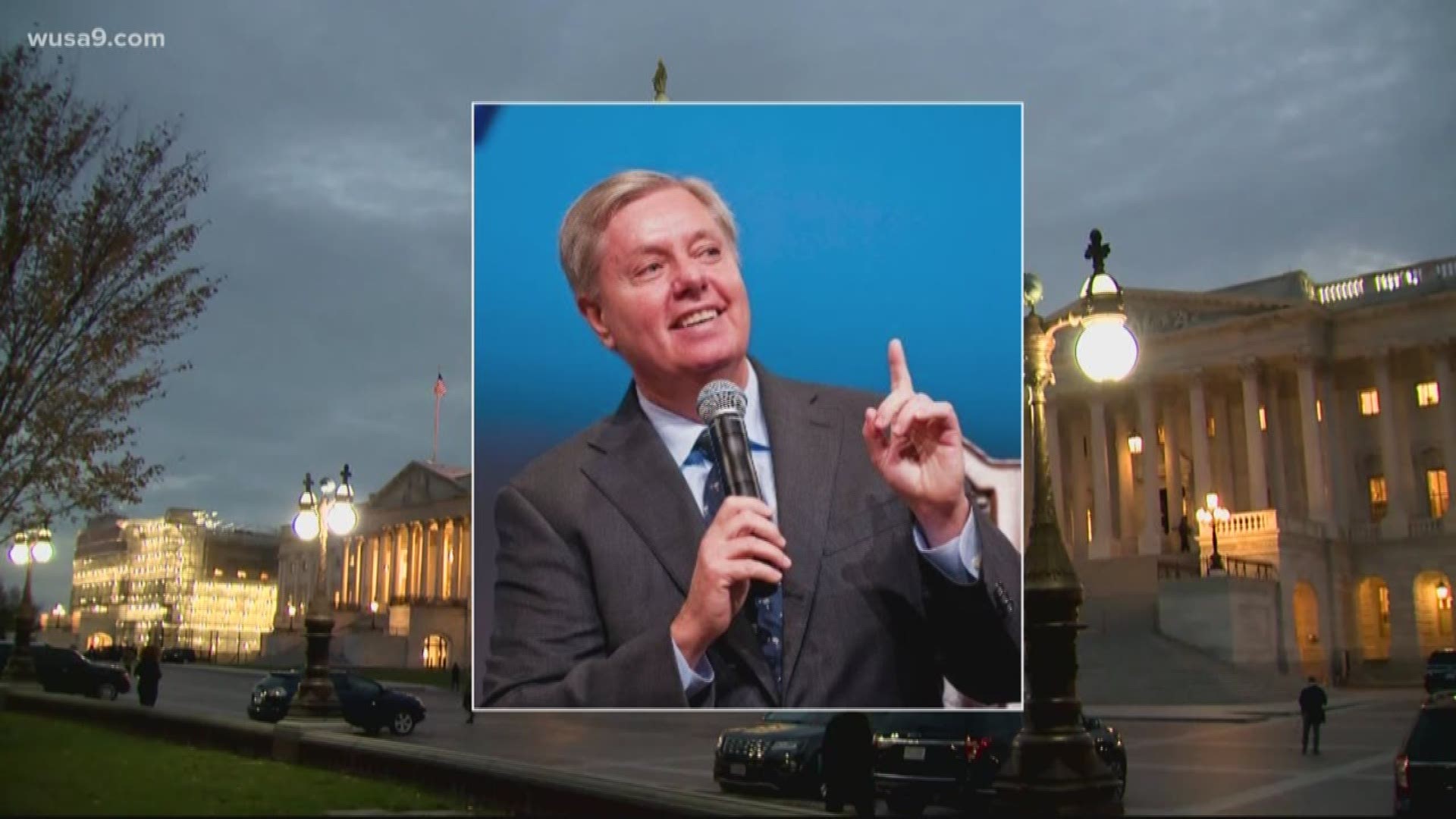 With several House Delegates and Senators self-quarantining amid the COVID-19 pandemic, can they vote for legislation from home?

No. Members of Congress must physically be present to vote.

After several members of Congress attended conferences in February, like CPAC and AIPAC, and may have come in contact with individuals who tested positive with COVID-19, news broke that lawmakers began self-quarantining.

Virginia Representative Don Beyer, and Sens. Rick Scott and Lindsey Graham, also announced on Twitter that they were self-quarantining "out of an abundance of caution" after interacting with individuals who tested positive for COVID-19 or are awaiting results.

Over the last few weeks, as the pandemic began ramping up in the United States, members of Congress began filing coronavirus-related bills.

With lawmakers opting to self-quarantine, can they vote on pending legislation remotely?

They say, neither House nor Senate rules authorize remote voting.

"No, they cannot. They are technically outside of the law-making process," Josh Huder, a senior fellow at Georgetown's Government Affairs Institute, said. "They can't vote on it. They can't draft it. They can tell their staff to work on it, but they can't do anything themselves that has to do with the actual process of passing a bill through Congress."

James Wallner, a professor at American University and an R Street fellow, agreed and added that they can't use a proxy vote either.

According to House and Senate voting rules, there are different ways to vote, but you have to be "present," to do so.

"In order for lawmakers to vote remotely in either chamber, the respective chamber would have to amend their rules to expressly permit distance voting," Sarah Binder, a political science professor at George Washington University, said.

That's exactly what two lawmakers are trying to do.

Rep. Rick Grawford (R-AR) and Rep. Eric Swalwell (D-CA) reintroduced a bipartisan resolution, H.R. 890,  called the Members Operating to Be Innovative and Link Everyone (MOBILE) Resolution, Monday that would amend House rules so that members could virtually participate in committee hearings and vote remotely on suspension bills.

“From coast to coast, some of the country’s largest companies are already using technology to communicate and conduct business remotely,” Swalwell said. “Modern technology belongs in Congress and my resolution would allow Members to not only spend more time with their constituents and their families but would prove useful for a number of situations, including the public health crisis in which we currently find ourselves.”

“The ability for Members of Congress to vote remotely if need be has been technologically feasible for decades,” Crawford said. “The ongoing Coronavirus outbreak underscores the need for Congress to embrace what the 21st Century has to offer.”

The bill was previously introduced in 2013, 2016 and 2017. Aside from being filed, no action was ever taken on these resolutions in the House.

So we can Verify, members of congress who are self-quarantined, can’t vote remotely.

RELATED: VERIFY: Did Nancy Pelosi break the law when she ripped up her copy of the State of the Union speech?

RELATED: VERIFY: Can you be arrested for not complying with a Congressional subpoena?