11Alive received several emails from viewers questioning the claims in the 30-second ad by the Trump 2020 campaign. 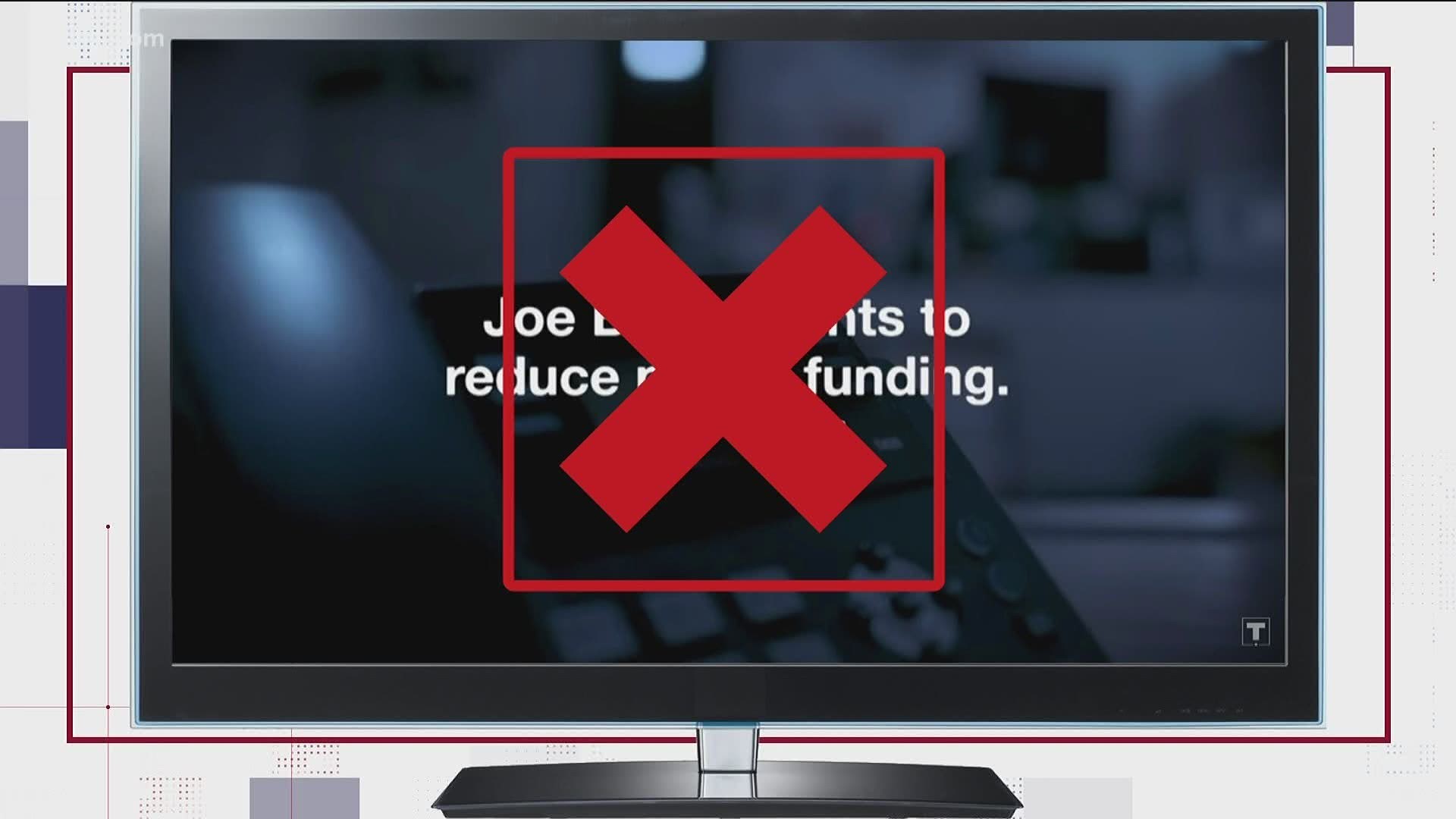 ATLANTA — It's a political ad you've no doubt heard several times over the past few weeks – including here on 11Alive.

In it, President Trump's campaign claims presumptive Democratic presidential nominee Joe Biden supports defunding the police, and that it could take longer for 911 centers to dispatch help if that happens. But is that true? Let's verify.

1. No, Joe Biden does not support defunding the police.

The ad begins with an elderly woman hearing a burglar breaking in. She tries to call 911, but instead of someone picking up, there's a recorded message.

11Alive received several emails from viewers questioning the claims in the 30-second ad by the Trump 2020 campaign, claims like this one:

"Joe Biden said he's absolutely on board with defunding the police."

The on-screen text, however, quotes a headline saying the Democratic nominee wants to reduce police funding. The distinction in what you hear versus what you read in the ad is important, as Biden has been pretty clear on record concerning his stance on this.

Let's take a look at the source given in this ad: Joe Biden remarks, July 8.

That likely comes from this interview posted on that date with activist Ady Barkan, with the digital media site Now This News.

"But do we agree that we can redirect some of the funding?" she asks.

In the 27-minute-long interview, Biden lays out a plan to redirect some police funding to other state-run departments to help with mental health resources, aid for direct access to police records, and tracking misconduct charges.

According to the AP, that same day, Biden also told reports: "We don't have to defund the police departments, we have to make sure they meet minimum basic standards of decency,"

This plan would not "defund" the police altogether, but rather redirect some department funding.

Biden echoed that position in an op-ed published in USA TODAY on June 10.

So, no. Joe Biden does not support taking away police funding altogether. But he does support reallocating how some of the money is used.

But what about the ad's claim that defunding the police would remove 911 call centers from their control– slowing emergency response times?

This one falls into a gray area of sorts. While some 911 centers get some of their funding from the police budget, in Georgia, nearly all 911 funding comes from a special fee charged to every phone line.

The Georgia Emergency Communications Authority, which was created because of 11Alive's investigation into problems with the 911 system, collects those fees and disperses them to 911 centers, along with millions in federal grants. All of that is earmarked for 911 – not police.

So, the idea of "defunding" the police would not necessarily slow 911 operator response times.