The VERIFY team fact-checked the panel of speakers who gave speeches during the third night of the RNC. 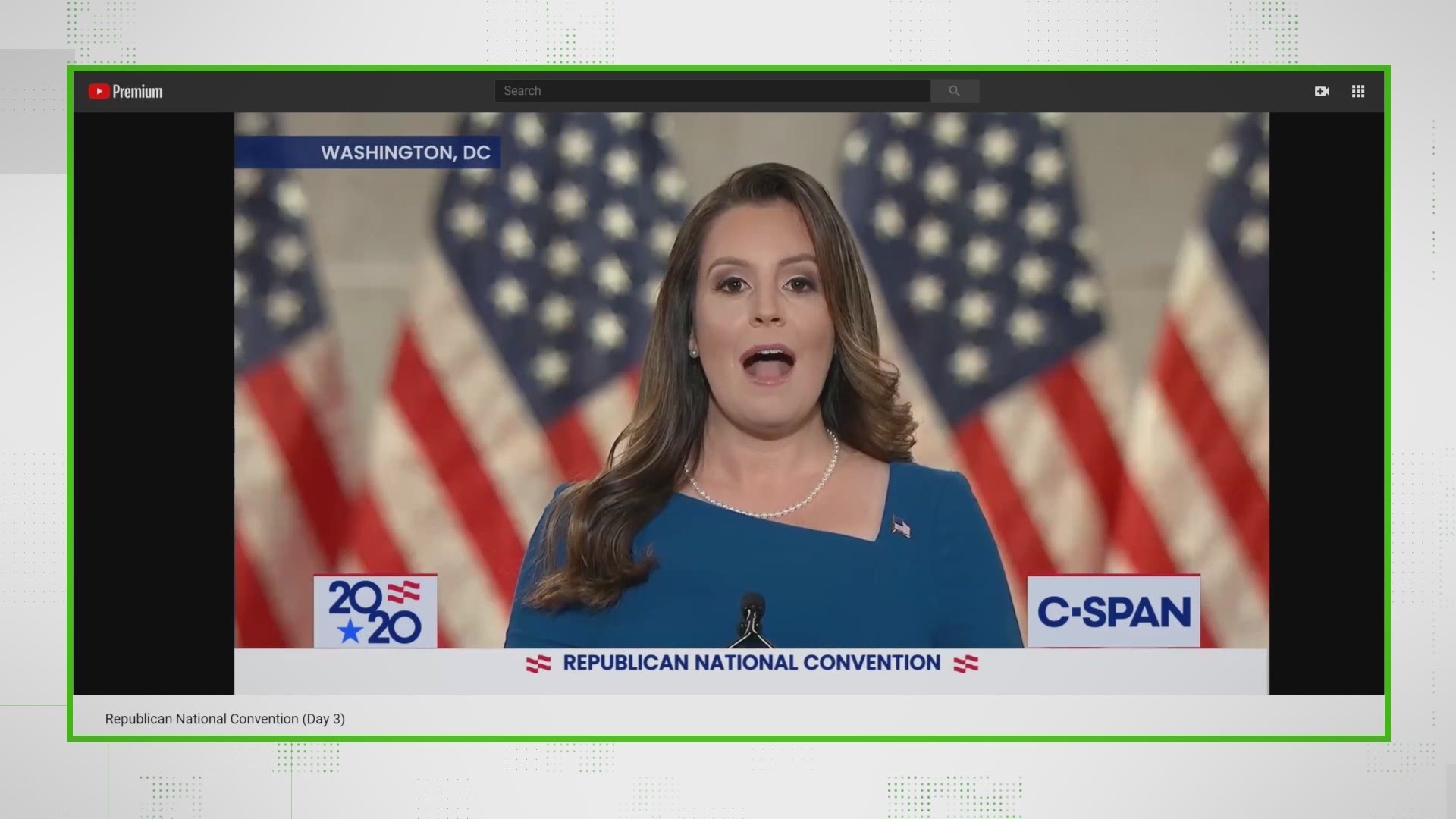 The VERIFY team is fact-checking each night of the RNC following last week's fact-checks of the DNC. Here are the previous VERIFY articles.

CLAIM: Congressional candidate Madison Cawthorn claimed "James Madison was 25 when he signed the Declaration of Independence."

According to the National Archives, James Madison did not sign the Declaration of Independence. The youngest signer was Edward Rutledge of South Carolina who was 26 when he signed.

Madison was 25 in 1776 when the Declaration of Independence was signed. But he worked on another early government document at that time. He was a framer of Virginia's constitution that year.

Madison ended up signing the Constitution more than a decade later in 1787.

Cawthorn later acknowledged his mistake, tweeting that he had "ad libbed that line and meant to say James Madison was 25 when the Declaration was signed."

CLAIM: Rep. Elise Stefanik said that President Trump “sign[ed] the largest pay raise for our troops in a decade.”

This claim is true.

President Trump signed a military pay raise of 3.1% for 2020, making it the highest pay rate since 2010 or nearly a full decade.

Department of Defense data shows that military pay has increased an average of 1.7% from 2011-2019. 2010 was the last year with a military pay increase higher than three percent. That year's pay raise was 3.4%.

During an interview with NowThis host Ady Barkan about police reform in July 2020, Biden was asked about defunding the police. Barkan asks, “But do we agree we can redirect some of the funding?” Biden answers, “Yes, absolutely.”

Pence replaced “cutting” with “redirect” in this claim.

According to his campaign website, Biden proposes a new $300 million investment in "Community Oriented Policing Services."

CLAIM: Vice President Pence said, "Before the first case of coronavirus spread within the United States, President Trump took the unprecedented step of suspending all travel from China."

This claim is false.

On January 20, the first patient in the United States was diagnosed with infection of the virus by Washington state and the Centers for Disease Control and Prevention. The Trump Administration suspended travel from China on January 31, 11 days later.

A second case was confirmed January 24, and on January 30 the CDC confirmed person-to-person spread of COVID-19 was occurring in the United States.

This is mostly true, but needs context.

According to the Committee for a Responsible Federal Budget “Major proposals by the Biden campaign would raise $1.6 to $1.9 trillion over a decade from corporations, $1.0 to $1.2 trillion from high earners through the income tax, and $800 billion to $1 trillion from Social Security payroll taxes on high-wage earners.”

The Tax Policy Center agrees most individual tax increases would fall on high-income earners, writing, “Under his plan, the highest-income households would see substantially larger tax increases than households in other income groups, both in dollar amounts and as a share of their incomes.”

This is a misleading statement taken out of context. Pelosi was quoting the U.S. intelligence community.

On the August 9 interview episode of CNN's State of the Union, Nancy Pelosi was asked about recent intelligence reports of countries looking to interfere in American elections.

About 32 minutes in, she explains that she feels the threats from Russia and China are not equivalent because she says Russia has and is actively interfering in our elections.

She continues that train of thought 33 minutes in when she says, "What [the intelligence community] said is [China] would prefer Joe Biden. Whether they do, that's their conclusion."

So while Pelosi literally said "they would prefer Joe Biden" she was quoting what the intelligence community concluded. This was not her own conclusion.

This came after 20 million jobs were lost in March because of the pandemic. 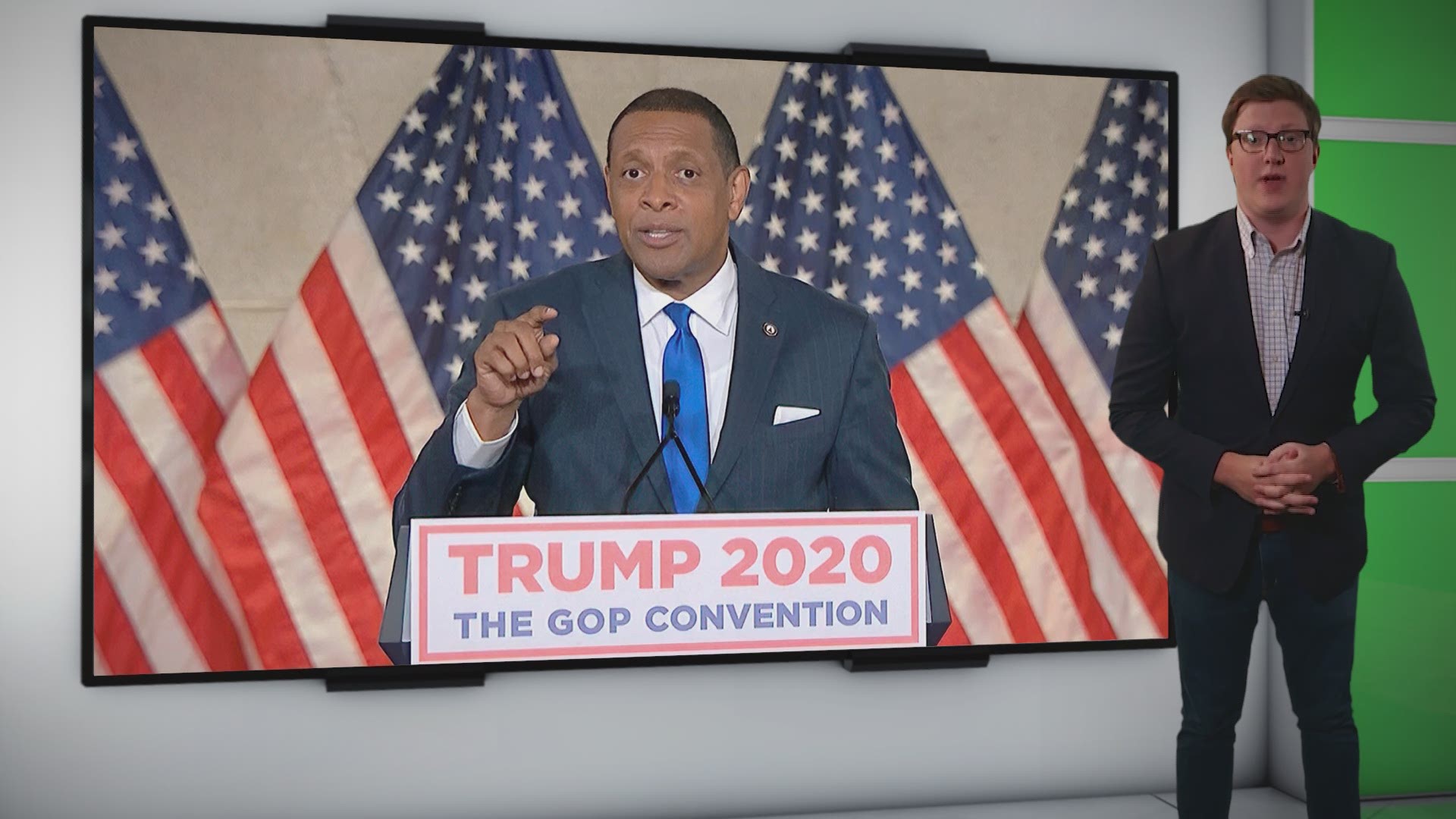