VERIFY: Yes, a Maryland mail collection box was temporarily out of order after suspected mail theft

A collection box in Bowie, Maryland was temporarily marked out of order. Here's why officials are investigating it for mail theft. 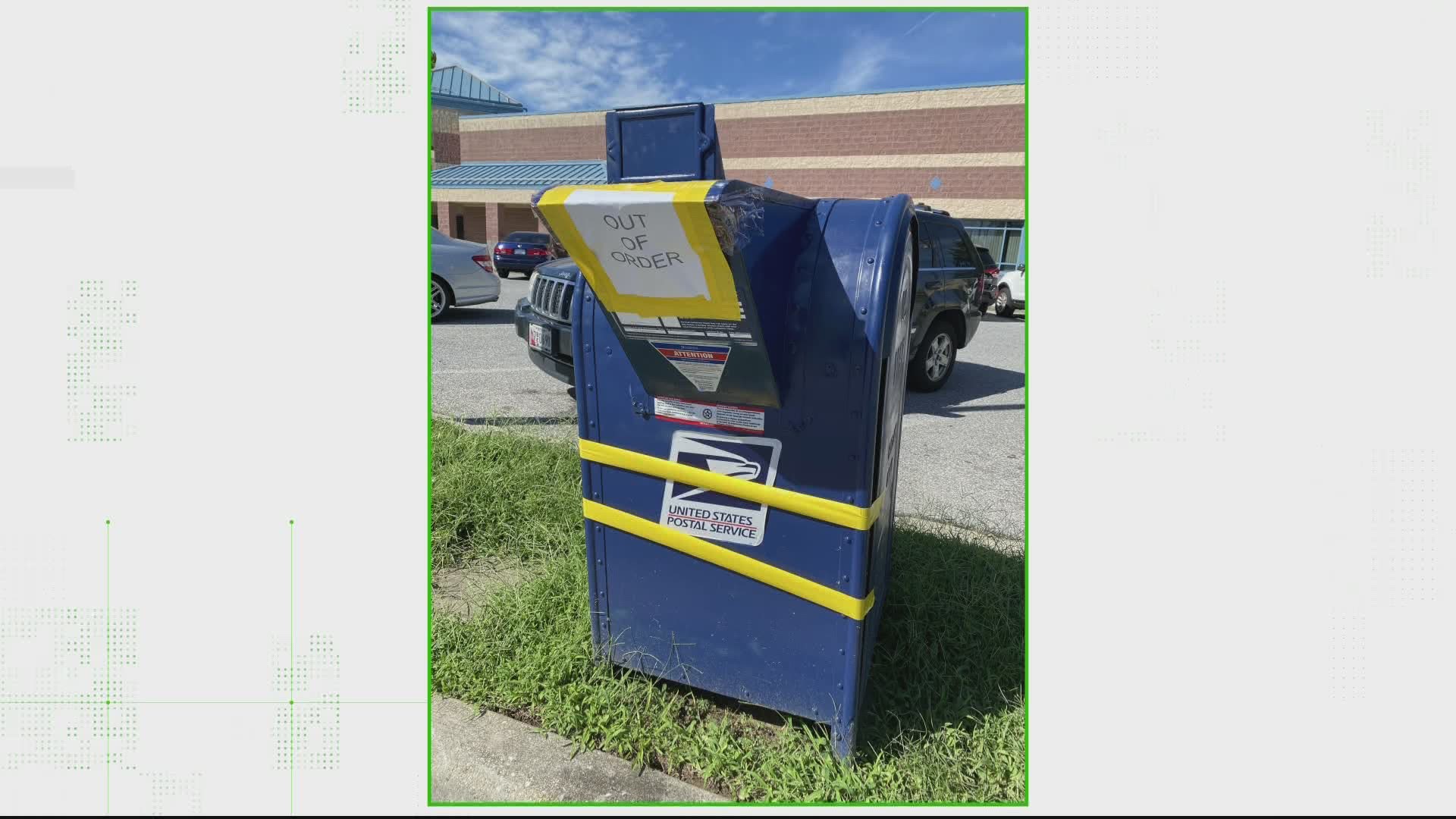 WASHINGTON — On social media, there has been no shortage of posts and photos about mail-in ballots and the US Postal Service.

The Verify team wants to make sure we’re getting the facts. In Bowie, Maryland, there have been some questions about one specific mailbox, and if it's actually out of order.

Was the yellow caution tape on the Bowie collection box put up by official postal service agents, and if so, why?

ANSWER: Yes, the mailbox was marked as out of order for suspected mail theft by postal service officials. Here's why.

The US Postal Service

The US Postal Inspection Service

The US Postal Inspection Service, also known as the USPIS, is an agency of federal law enforcement agents that investigate what they call “postal related crimes such as mail fraud and mail theft.” That includes investigating incidents like Bowie.

Credit: WUSA9
The outside of the mailbox in Bowie, Maryland shows it's out of order. Here's why USPIS officials put up the tape.

On Saturday, someone captured a photo of a mailbox wrapped up in yellow tape blocking mail from being entered.

Here’s what happened, according to a USPIS spokesperson.

The day before, there was suspected mail theft at the collection box. Someone vandalized the box to try and steal the mail, the USPIS spokesperson said.

RELATED: VERIFY: No, the USPS doesn't advise against sending cash in the mail

Investigators with USPIS are still working to identify what -- if anything -- was taken.

Tape remained on the boxes until they could be repaired. As of Tuesday morning, the boxes were open and fully functional.

"If you deposited your outgoing mail between the last collection time on Thursday, Sep 3 through the last collection on Friday, September 4 and suspect the item has not reached its intended recipient, please contact Postal Inspectors at 1-877-876-2455 to file a complaint," said Michael Martel, a spokesperson for the agency.

So we can VERIFY that yes, this tape was put up by the law enforcement arm of USPS in response to a suspected mail theft at the Bowie location.