According to GasBuddy, the national average price of gasoline may jump 10-20 cents per gallon in the coming weeks. 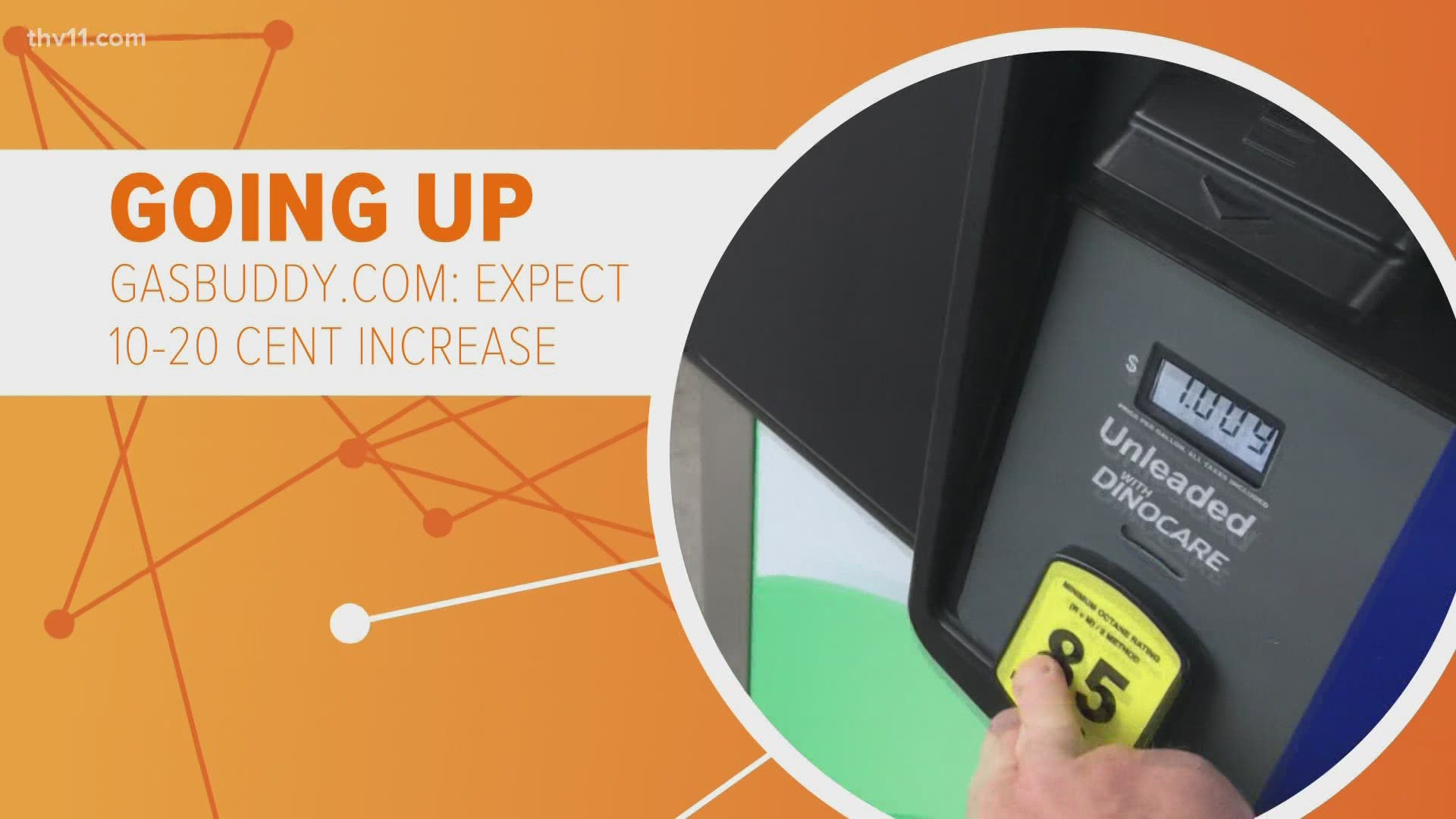 JACKSONVILLE, Fla. — Have you noticed the price jump at the gas pump recently? You aren't alone.

The average cost for a gallon of gasoline in the United States is rising at a dramatic rate, according to data from Gasbuddy.com.

The average price of gas hit a three-year low in April of 2020 at just $1.74 a gallon with many people along the First Coast reporting prices closer to $1.

The pandemic kept prices relatively low until January 2021, when the average price started to spike again. Fast forward to the end of February and the average cost for a gallon of gas is now $2.70.

So what happened? Let's Verify.

RELATED: Oil and Gas Expert says gas prices may reach $3-4 per gallon by end of the year

Credit: GASBUDDY
The 36-month average price of gas in the U.S.

Claim #1: The cost of gasoline has risen so dramatically due to the cancellation of the Keystone XL Pipeline by President Biden.

What we know: During his first day in office, President Joe Biden signed several executive orders, including the axing of the construction of the controversial Keystone XL Pipeline.

Currently, there is a pipeline running from Alberta, Canada to Steele City, Nebraska. This pipeline is the already existing Keystone pipeline that sends 550,000 barrels of oil from Alberta to Steel City.

The 1,200-mile Keystone XL Pipeline was designed to mirror that, but instead, provide a direct route from the two cities and send 830,000 barrels a day.

RELATED: VERIFY: Yes, jobs lost from President Biden canceling Keystone XL Pipeline, but not as many as you think

So did the cancellation of the pipeline cause the spike?

Mariah Medina of KENS 5 spoke with Tom Tunstall, research director for the University of Texas at San Antonio’s Institute for Economic Development.

Tunstall has done a wide variety of research on oil and gas in his near-decade with the university. He said while prices at the gas pump are climbing, it’s independent of Biden’s decision.

"If oil prices go to $4 a gallon, it will be for other reasons than the fact that the keystone isn't under construction,” Tunstall explained to KENS 5.

Medina also spoke with Jaime Court, the president of the non-partisan group Consumer Watchdog. Court said the move could potentially lower gas prices by providing security to the Midwest refiners knowing that the portion of the pipeline that's being used now can be used exclusively in the future. Court says the confidence could lower gas prices in the short term

VERDICT: The cost of gasoline is not likely due to the cancellation of the Keystone XL Pipeline by President Biden.

So what exactly is causing the spike in fuel prices at the pump? Experts say it boils down to two things: winter weather, and supply and demand.

According to GasBuddy, the price of gas has already been impacted as millions of barrels of refining capacity have gone offline due to the extreme cold in the South.

“The quicker the affected refineries are able to come back online, the better, and perhaps less painful for motorists than if they remain out of service for even longer,” said Patrick De Haan, head of petroleum analysis at GasBuddy.

“Oil prices have continued to rally as global oil demand recovers from the worst of the COVID-19 pandemic, and now the extreme cold weather shutting refineries down, us motorists just can’t seem to catch a break. We probably won’t see much, if any relief, anytime soon.”

A portion of this story was originally reported by Mariah Medina of KENS 5. You can read that full story here.