VERIFY: Claim about Keystone Pipeline job losses can be misleading without context

Social media posts continue to swirl online claiming Biden's order led to the loss of thousands of jobs, but the VERIFY team found the claim is misleading. 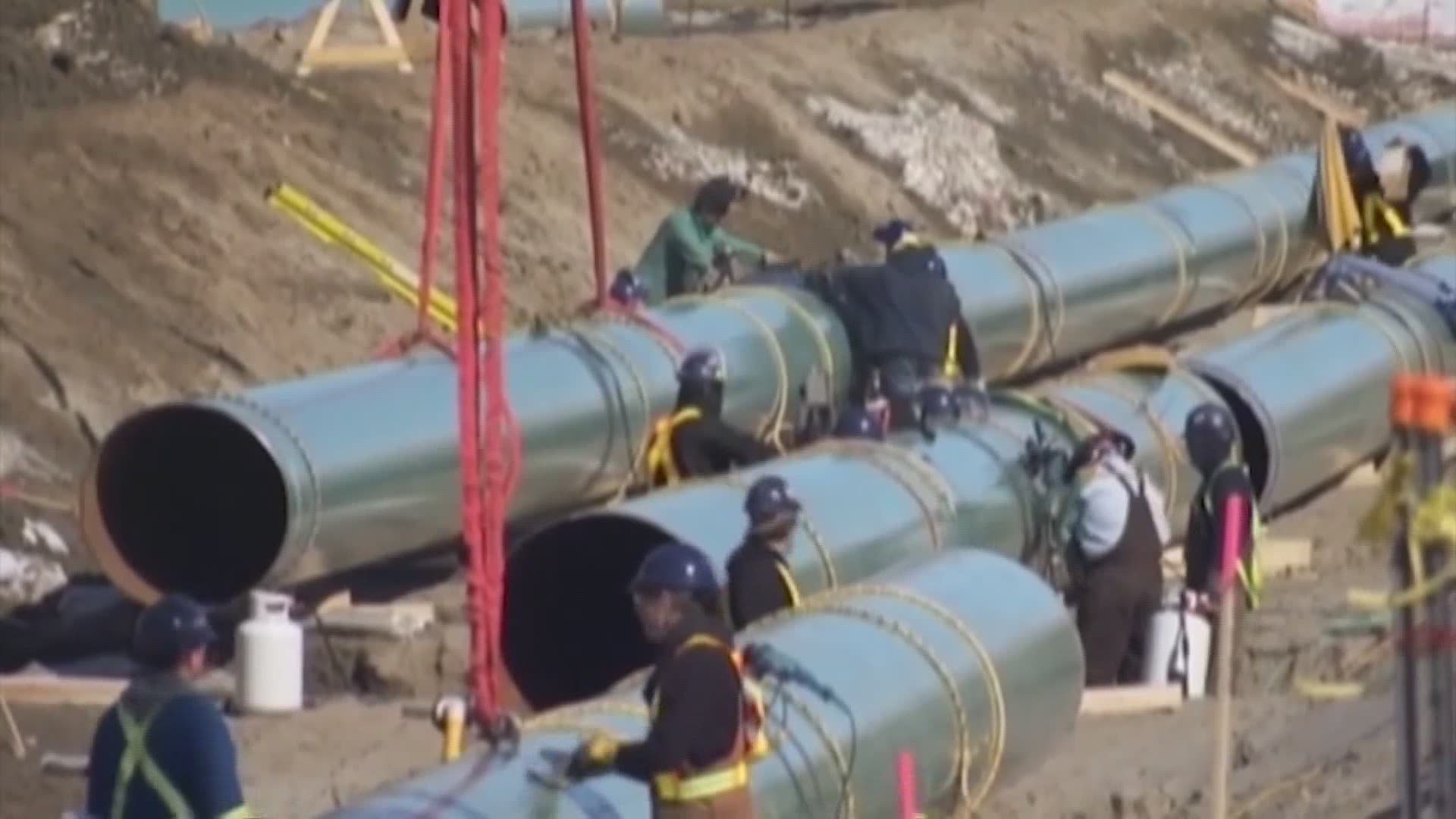 As soon as Biden killed the project, posts like this started spreading across social media platforms with claims Biden's order killed 11,000 jobs. Republican lawmakers started repeating the claims too.

"With a stroke of a pen President Biden has told the 11,000 union workers their jobs are gone," Sen. Ted Cruz said.

But are these claims true?

The 11,000 figure is a jobs estimate that does match up with an October press release put out by TC Energy, the company that owns the pipeline.

Days ago, TC Energy said Biden's order "would directly lead to the layoff of thousands of union workers".

But it's missing key context.

Finally, a State Department report on the Keystone Pipeline found the project would only create 50 permanent long lasting jobs some of which would be in Canada, not the United States.

So we can VERIFY, the claim is true, but without critical context is very misleading about the real number of jobs lost by Biden's executive order.