VERIFY: No, COVID-19 deaths are not being inflated by car crash deaths

Comment sections are flooded with claims that the U.S. is inflating COVID-19 death counts. The experts say that's not true -- and here's why. 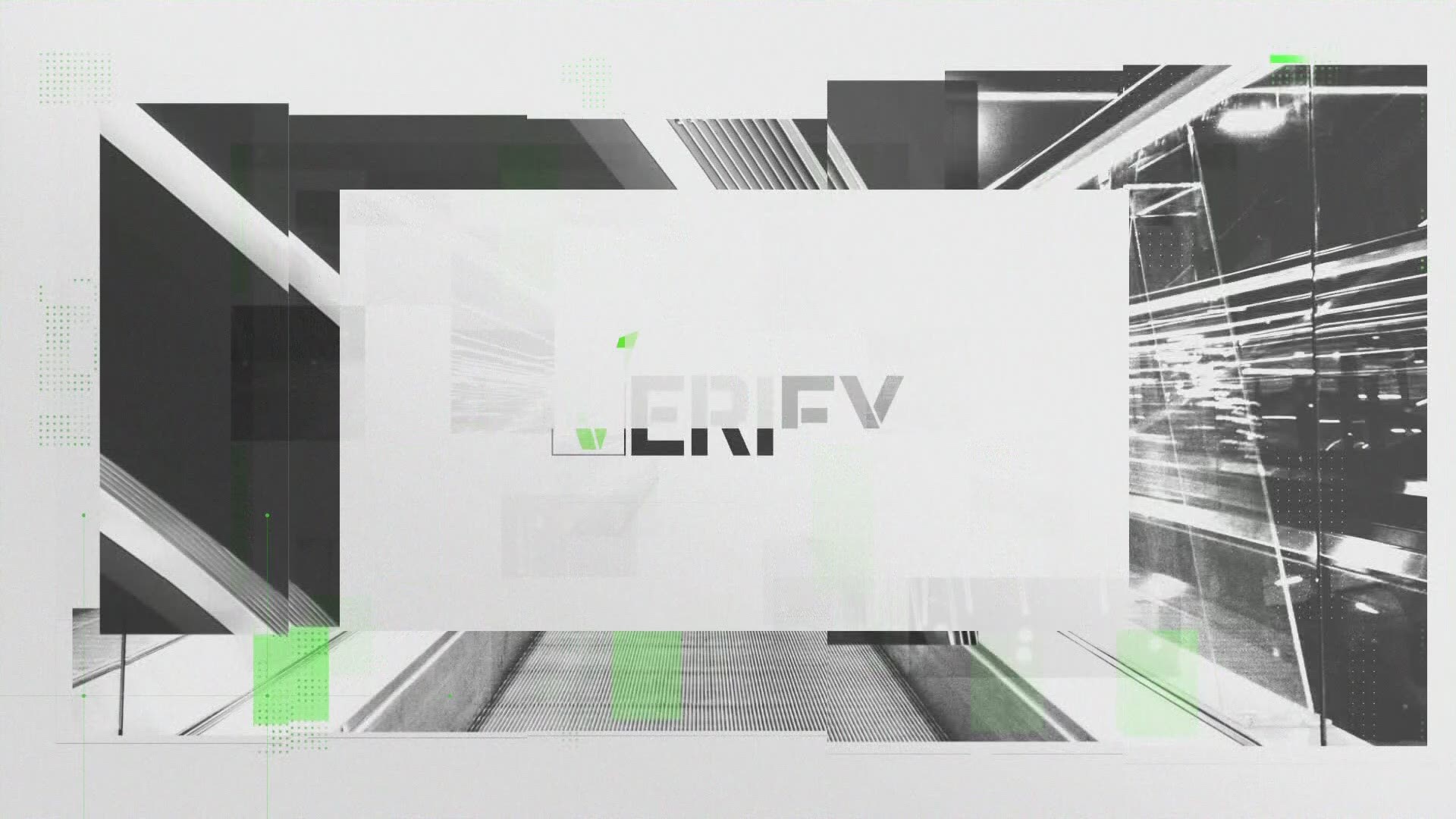 WASHINGTON — EDITORS NOTE: A previous version of this story, which ran from Dec. 1 - Dec.9, displayed an incorrect image in reference to Dr. Robert Anderson. It has since been corrected.

The Verify team published a story in early October comparing the death tolls of seasonal Influenza to those of COVID-19. Our research determined that more Americans had died of COVID-19 in eight months than the seasonal flu in five years.

We got a lot of viewer responses to that story. But one argument we saw time and time was that the COVID-19 death numbers were inflated, and that if someone dies in a car accident, they're counted as a COVID death.

That's exactly the kind of belief that Verify exists to get to the bottom of. So we got the facts from the people in charge of the data.

Are people who have died in car accidents counted as COVID-19 deaths?

No. There is a two-level system in place to make sure death counts are accurate.

The Verify team found a case in which someone's death after a motor vehicle accident was inaccurately attributed to COVID-19. But that case has since been fixed.

The Verify team started with a simple Google search.

We found two articles from this year which say that a person who was in a motor vehicle crash was counted as a COVID-19 death. We reached out to health officials in those cases to find out what happened.

In Berks County, Pennsylvania, a local news station reported that a man who was hospitalized after a car accident died of COVID-19.

So what really happened?

We contacted the county coroner, Jonn M. Hollenbach, D-ABMDI, to get more details on the incident. Hollenbach told us first responders were told the man had a coughing spell which caused him to lose consciousness and crash. On the county death certificate, the man's death is labeled as virus-related respiratory failure.

Hollenbach explained further that while the coughing fit happened inside a car, it wasn't the injuries from the car-crash that resulted in his death.

“In this case, the man did not have any life-threatening injuries as a result of the crash," Hollenbach told Verify researchers in an email. "He was tested for COVID-19 upon admission to the hospital due to his symptoms. There was never any report that the crash caused his death."

This past July, Fox 35 Orlando reported that "a person who died in a motorcycle accident was added to Florida’s COVID-19 death count." In an updated story, they say their investigation led to another investigation, and that the death was ultimately removed from the county's COVID-19 death totals.

Verify researchers spoke on the phone with a spokesperson for the Florida Department of Health in Orange County.

They told us the death was initially recorded as a COVID-19 death after the victim tested positive. After the medical examiner and epidemiologist reviewed the death, they say they removed it from the COVID fatality list.

How are COVID-19 deaths reported to the CDC?

What happened in Florida may seem like a major mistake, but it's actually an example of the process working exactly how it's supposed to,according to Robert Anderson, the chief of the Mortality Statistics Branch for the National Center of Health Statistics at the Centers for Disease Control.

Anderson says there are two streams of information on COVID-19 deaths as they are reported to the CDC — the case surveillance system and death certificates.

Case surveillance is the quickest way to get data. Healthcare providers mark whether a patient died from COVID-19 and send that information to a state's health department and CDC. Think of that as preliminary data.

Then there’s the death certificate. That’s submitted to the state after a medical examiner or coroner has determined the official cause of death. That’s the final data.

That's exactly what happened in Florida. A system exists to make sure the final data is all accurate, but the misinformation about intentional inflation still spreads online.

"When someone dies of something totally unrelated to COVID-19, like a traumatic accident, that's not recorded on the death certificate as the cause of death." Dr. Amesh Adalja told us it's not uncommon for there to be more than one cause of death, though. "We've known from the very beginning that people with other conditions like diabetes and cardiovascular diseases, COVID synergizes and accelerates their death."

RELATED: VERIFY: What to take from study about COVID-19 cognitive effects

When we're talking about cause of death in the context of COVID-19, our experts say it's impossible to separate that discussion from one about comorbidities -- or the presence of more than one disease or medical condition on a death certificate.

"Typically when somebody dies of COVID-19, they don't just drop dead from the virus," Anderson says. "The virus causes other conditions like pneumonia, or respiratory distress.”

The CDC reports that in 94% of COVID-19 deaths, a person died with comorbidities. Those can be conditions a person already had, or ones that COVID-19 causes. Anderson gave us an example of why.

"In some instances, you may have cases where somebody was already dying of COPD. Let's say they're in end-stage COPD, they may be a week or two away from death, and they get COVID-19. Then the cause of death certifier has to make a decision." Anderson lays out the questions a death certifier would ask. "Okay, so what initiated the chain of events here? Was it the COPD? Or was it the COVID-19? Would the person have likely survived for longer if they had if they hadn't gotten the virus? Or did that virus really just jumpstart the chain of events?”

In this cause of death analysis that thousands of medical professionals are performing around the country, their goal is to figure out what started the process that caused them to die.

The virus is complex and researchers are still working to learn more about how it affects the human body. But claims that the numbers are intentionally inflated by things like car accidents or other diseases are not true. Our experts stand by the numbers published by the CDC and Johns Hopkins.