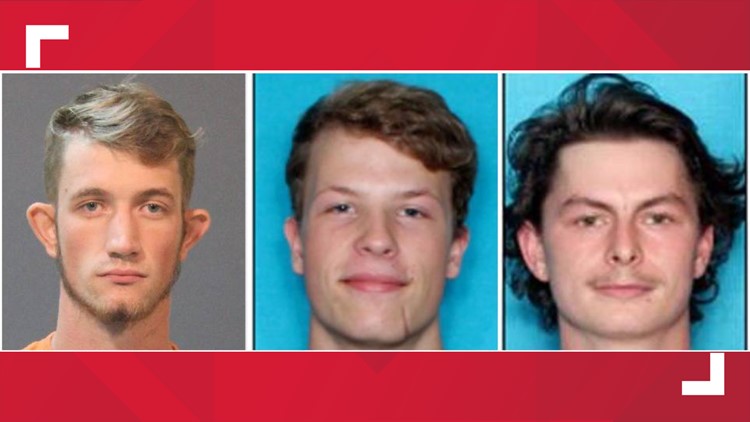 LAKE CHARLES, La. — Three men and a teenager are charged with burglarizing and spray-painting inside a high school in Lake Charles.

They were able to identify the suspects after posting photos of the surveillance footage on social media, Vincent said.

The suspects got into the baseball concession stand and stole an iPhone, then went inside the school and spray painted several walls, investigators said. They came back on July 23 and wrote on several desks and destroyed a Promethean board. The school's total damage is $6,000, the sheriff's office said.

Bordelon, Berzas and the 17-year-old are charged with burglary, two counts of criminal damage to property between $1,000 and $50,000, theft less than $1,000 and unauthorized entry into a place of business.

Investigators said Hughes was not responsible for the second incident at the school. He is charged with burglary, criminal damage to property between $1,000 and $50,000 and theft less than $1,000.