The bill would require all cell phone use while driving be done over speaker phone, voice-operated technology, push-to-talk, or something similar. 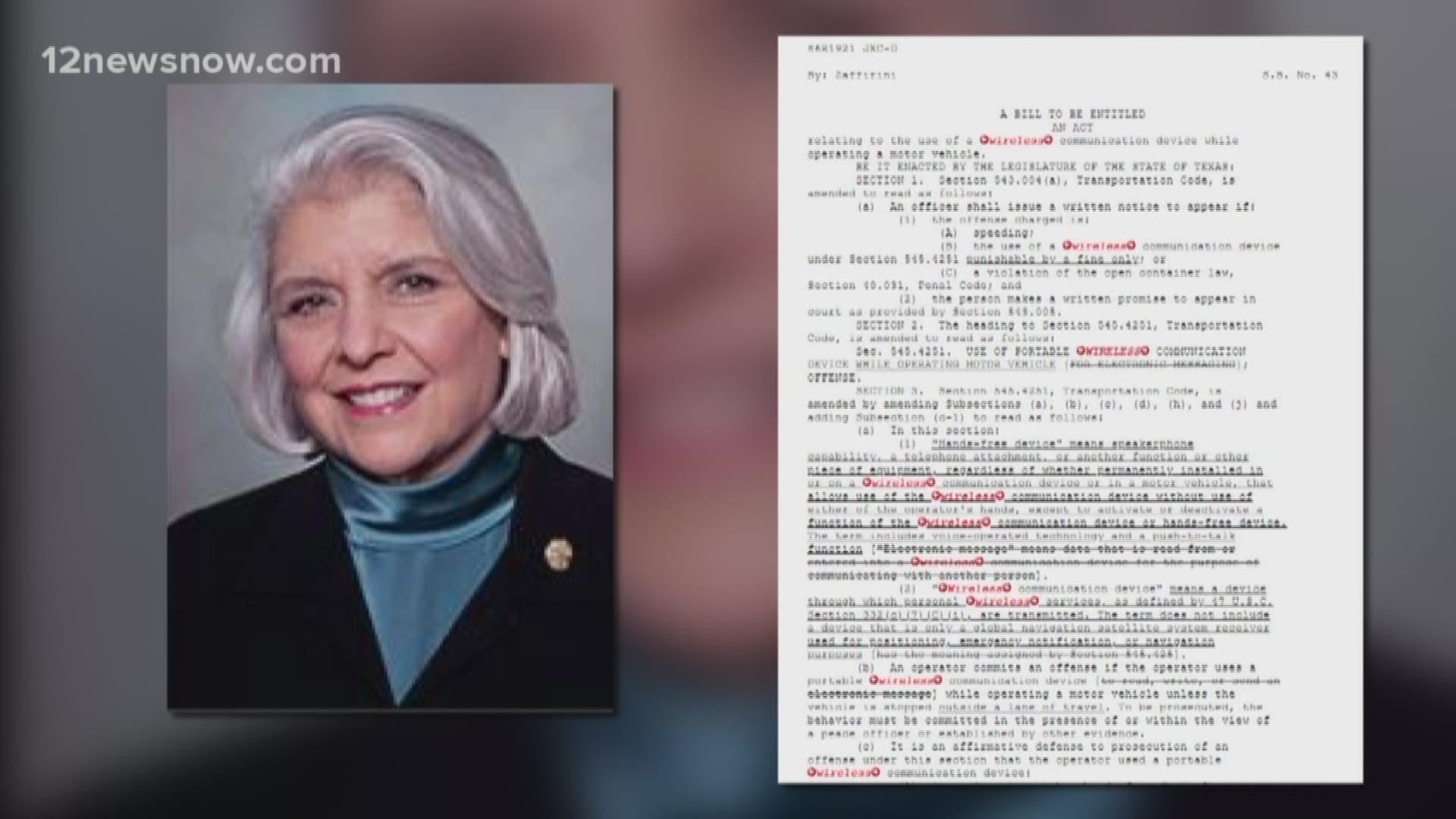 TEXAS, USA — How would you feel about new restrictions on cell phone use behind the wheel, even outside of school zones? South Texas lawmaker Judith Zaffirini has proposed a bill that would require everyone go hands-free while driving.

Texting while driving has been illegal in Texas since 2017. Some states have already put similar "hands-free"  laws into effect, and lots of cities throughout Texas already have additional cell phone ordinances. If the bill passes, it would override all current city ordinances already in place.

The bill would require all cell phone use while driving be done over speaker phone, voice-operated technology, push-to-talk, or something similar. The only time drivers would be allowed to use their hands would be to activate or deactivate their hands-free devices.

Fadil Nda is a firm believer that many accidents are caused by cell phone use behind the wheel.

"There's nothing more important than the safety of yourself and others, that phone call can wait," said Nda.

RELATED: Truck driver pleads guilty in accident that killed grandmother, grand kids and one other adult

He feels the best solution would be to advocate for hands-free driving practices like Senator Zaffirini is proposing. However, Nda believes the law could be hard to enforce.

"How effective is that law going to be, you would require more man power, police officers, monitoring, and taking away from important issues like real crimes that are going on," said Nda.

Jenna Philips agreed, the law could be hard to enforce, but feels something needs to be done to make the roads safer. She feels the age of social media has only added to distracted driving by the wheel.

"I have two little girls and I don't want them texting and driving when they grow up," said Philips.

If the bill passes, it would take effect in September. Drivers caught using their devices without hands-free technology will be ticketed and fined.