Greg Abbott said he can't confirm if the video is accurate, but he will start an investigation. 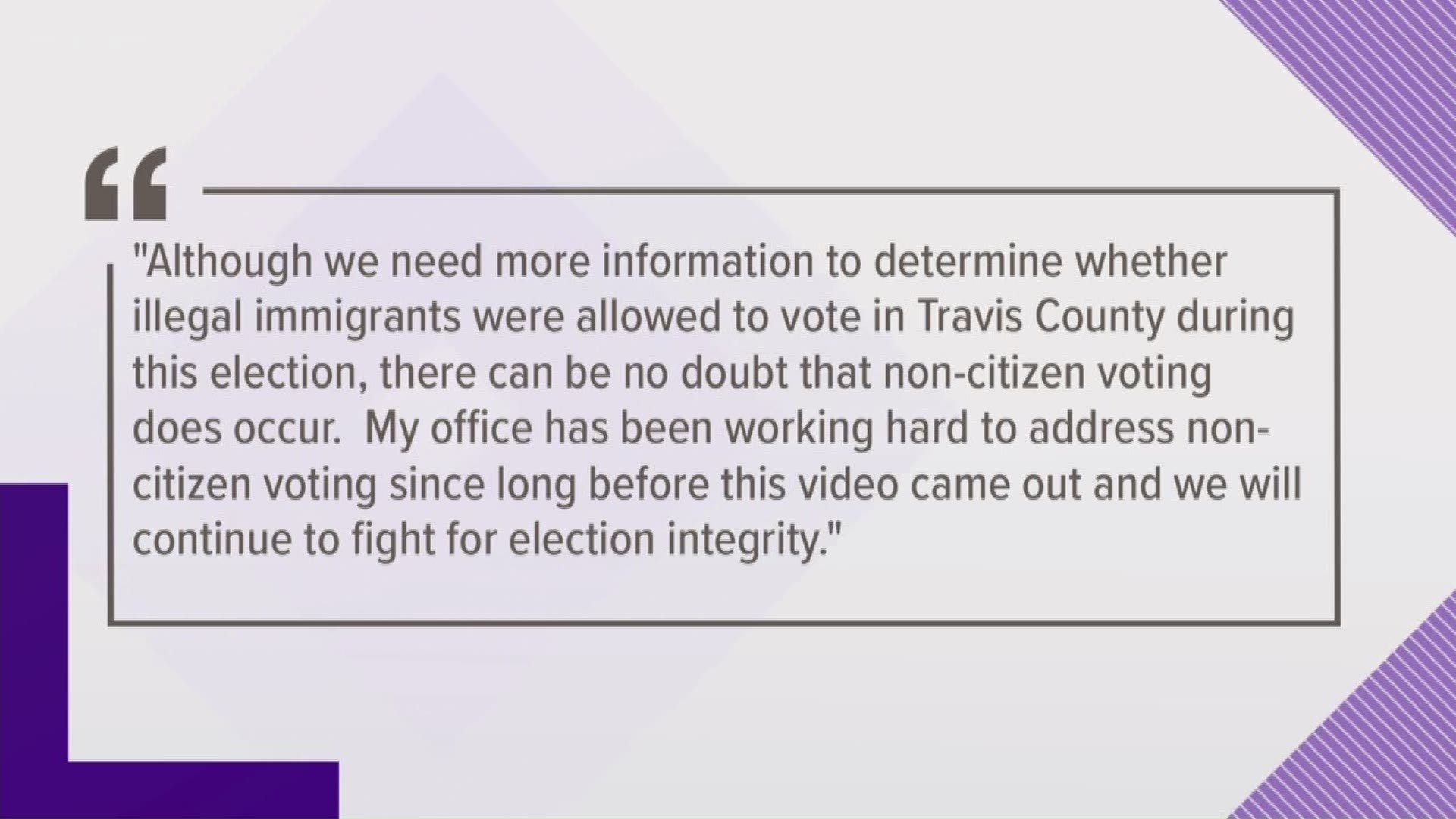 The KVUE Defenders checked into the source of the video.

The governor's tweet links to a post on "The Gateway Pundit," which describes itself as a political blog, not a news organization.

I can't verify if this is accurate. I CAN verify that it will be investigated and if it IS accurate, illegal votes will be tossed out and wrongdoers will be prosecuted. #txlege #tcot #PJNEThttps://t.co/CdrhV8YonH via @gatewaypundit

Text on the screen identifies the person recording conversations with two poll workers as a journalist working for O’Keefe’s organization, Project Veritas.

KVUE reached Travis County Clerk Dana DeBeauvoir who said the poll worker in the video “….clearly intends to follow the law, indicating who is legally able to vote.”

DeBeauvoir also pointed out that DACA individuals can eventually become eligible to vote after they become citizens.

“Also clear is that Project Veritas violated state election law that prohibits filming in the polling place and the County Clerk will refer this behavior for investigation and prosecution," DeBeauvoir said.

Poll workers don’t determine who is and who is not eligible or registered to vote. Ultimately, the Texas Secretary of State’s office makes that determination based on an individual’s application.

Illegal voting has happened in the past in Texas.

Only one person, in Harris County, was convicted for impersonation and illegal voting from a non-citizen.

The rest of the prosecutions show convictions for ineligible voters by convicted felons, unlawful assistance of mail-in ballots and false statements on voting applications.

"My office is aware of the video and we are looking into the very serious questions raised. Although we need more information to determine whether illegal immigrants were allowed to vote in Travis County during this election, there can be no doubt that non-citizen voting does occur. My office has been working hard to address non-citizen voting since long before this video came out and we will continue to fight for election integrity."