Texas family raising funds to move Beaumont woman from Houston hospital, say she was removed from ventilator without consent

Doctors took her off of the ventilator without permission from the family. A Texas Right to Life spokesperson says it's a race against time to get the woman to another facility.

BEAUMONT, Texas — Kina Jones says a stroke in 2017 is ultimately what landed her mother, Carolyn Jones, in Memorial Hermann Southwest Hospital in Houston.

She's been there for six months on a ventilator.

"They've refused all requests to wing her off of the ventilator and to try breathing on her own," Kina said. "They were just saying she's not stable enough or she's in a critical condition."

Now, they are fighting a Texas law known as the '10-Day Rule.'

Kina says the hospital gave their family ten days to decide to pull the plug without their consent.

Doctors gave Carolyn until May 13 to live.

But, Kina says now, they are taking her off dialysis.

MORE | Jones' family working to raise $35,000 to move to another facility

A GoFundMe was started to raise the money to get the Beaumont woman out of the hospital in Houston. A Texas Right to Life spokesperson says the woman was removed from a ventilator against the family's wishes, and has not had dialysis today.

The spokesperson says the hospital is now only allowing two people in Jones' room and has banned all cell phones from the hospital room. She's been without a 30 hours and hasn't had dialysis today. 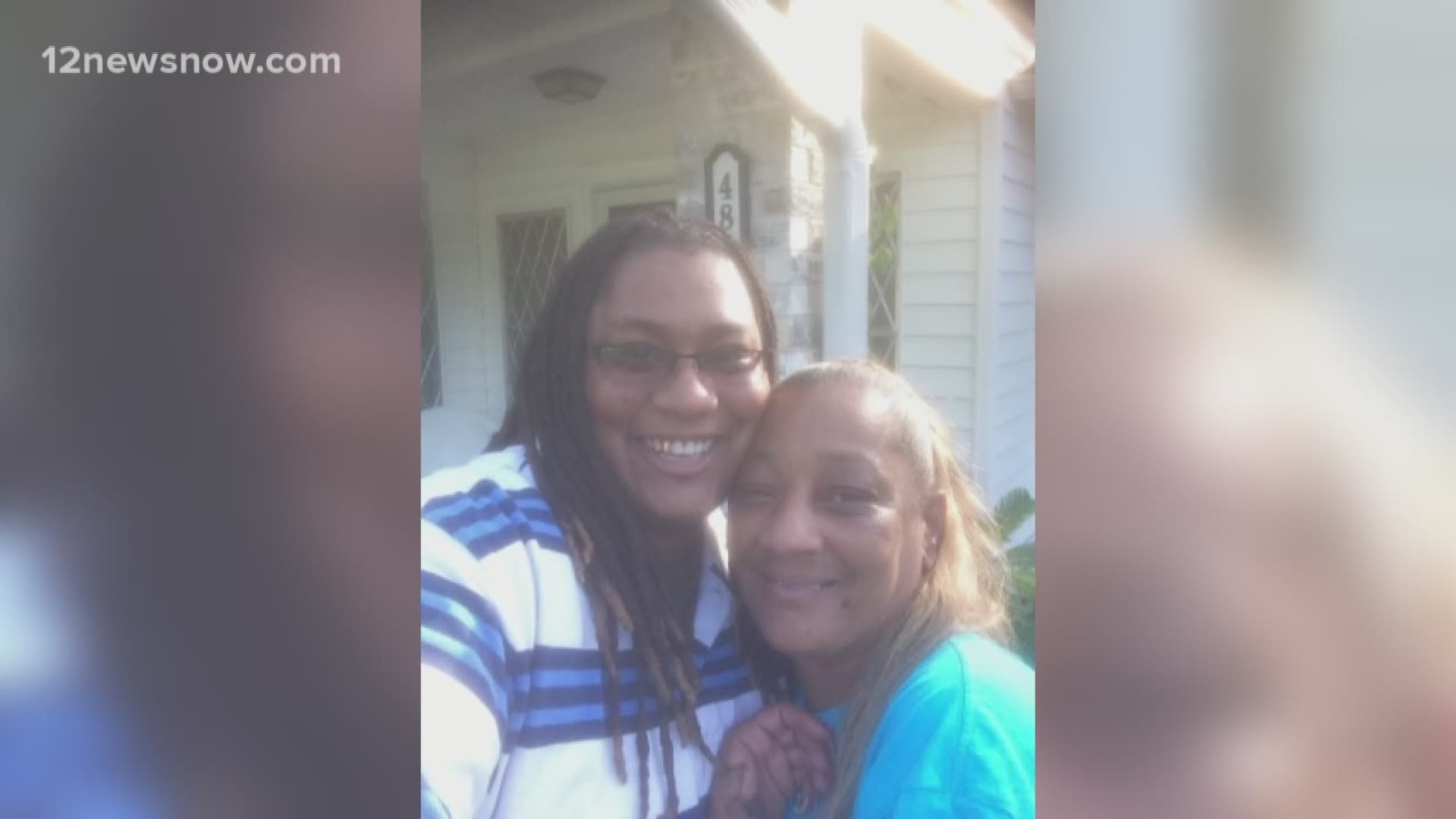 "If they don't giver her dialysis today, she's going to succumb to the fluid in her," Kina told 12News.

"This is not right for people to be able to make a decision for anyone to live or die when they are alive," said Donald Jones, Carolyn's husband.

A Winnie Dennis of Orange says she had the same experience with her husband who had diabetes.

She says he woke up one morning confused, so she took him to the hospital.

That visit turned into a prolonged stay.

"Either they would have permission to pull the plug, which we did not give, or he would have to leave," said Dennis.

He eventually died of a heart attack at a hospital in Houston.

"We make a choice, our personal choice of maintaining our persons, whoever is in the hospital until we see for sure," said Dennis.

Kina says they want to prevent others from having to experience this type of pain.

"It's too late for my mom, but passing that bill Senate 2089, can save someone else's loved one," said Kina.

We reached out to Memorial Herman Southwest Hospital, and they responded with this statement:

We understand how painful it can be when difficult medical decisions must be made, and our hearts go out to families in these circumstances. End-of-life decisions are made by physicians after careful and thorough consultation with patients, their families, the healthcare team, and a medical ethics committee. The decision-making process is outlined in Texas law and can take many months. The law provides a tool to balance the tough choice between carrying out patients’ and families’ wishes and the ethical duty not to increase or prolong patients’ suffering.

We are committed to providing compassionate care that follows the standards of evidence-based medicine and best practices. We understand that these decisions are never easy, but we follow Texas law, as written, and our ultimate goal is always to make medical decisions that promote comfort, compassion, and dignity for our patients.”