What is benzene? Signs & symptoms of chemical that caused Deer Park shelter-in-place

Fact sheet on benzene, the chemical that led to the shelter-in-place in Deer Park. 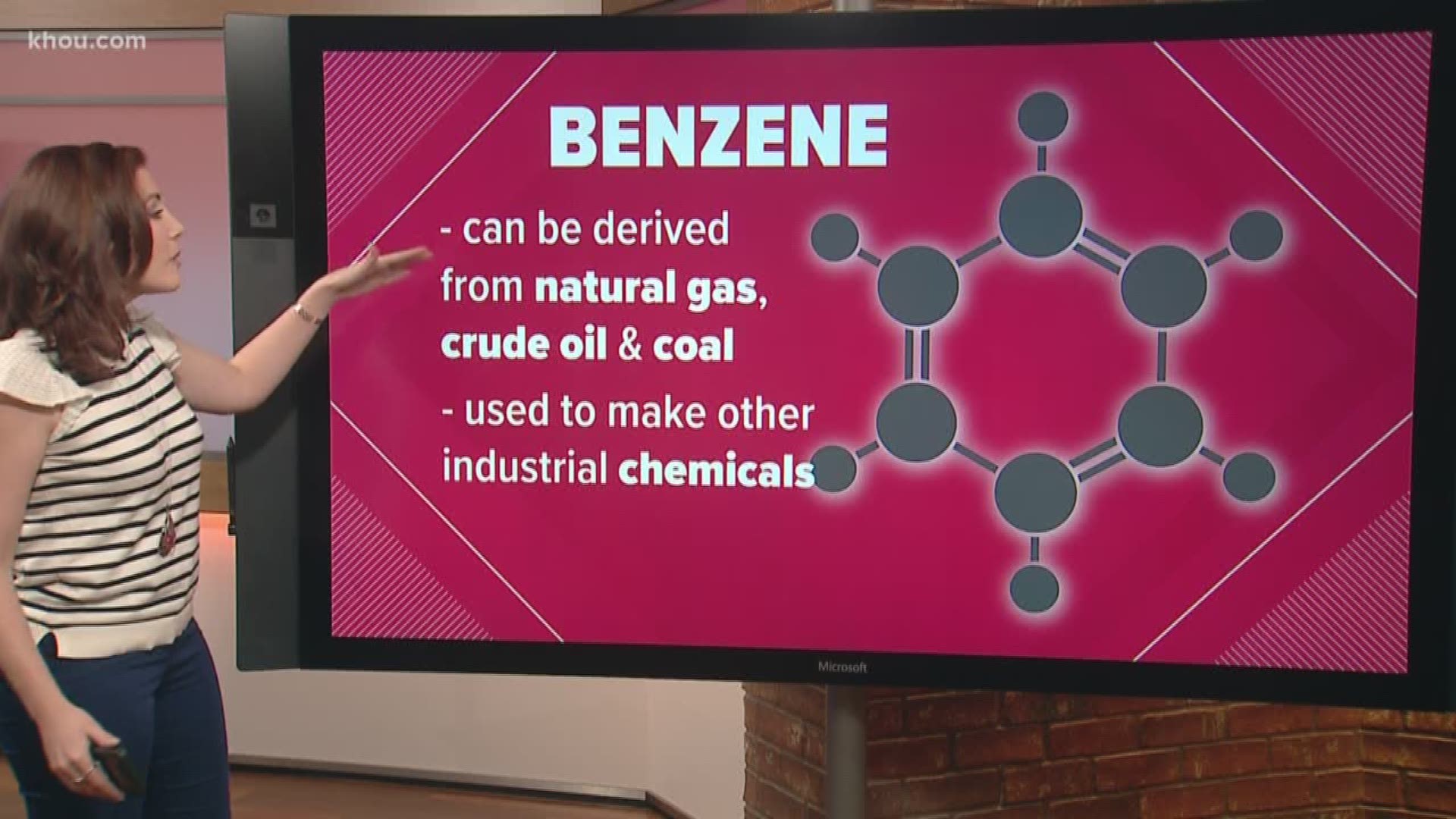 A new shelter-in-place was issued Thursday morning near the ITC Deer Park facility because of elevated levels of benzene reported.

According to the Centers for Disease Control, benzene is a colorless or light yellow liquid at room temperature.  It has a sweet odor and is highly flammable.  It evaporates into the air very quickly.

It's a hydrocarbon. It can be derived as a natural gas, crude oil and coal.  It’s used to make other chemicals.  The American Cancer Society classifies it as a carcinogen.  And that’s why OSHA has such strict regulations around it.

It’s among the 20 most widely-used chemicals in the United States.

According to ChemicalSafetyFacts.org, benzene is primarily used as a feedstock, or raw material, to make other industrial chemicals, such as ethylbenzene, cumene and cyclohexane. Benzene is also used as a solvent in the chemical and pharmaceutical industries.

Signs and symptoms of benzene exposure

Below are the signs and symptoms of benzene exposure. They could present themselves anywhere from minutes to several hours after exposure”

Eating foods or drinking beverages containing high levels of benzene can cause the following symptoms within minutes to several hours:

RELATED: How to shelter-in-place

RELATED: Deer Park neighbors finding ways to get back to normal after massive tank fire

Direct exposure of the eyes, skin or lungs to benzene can cause tissue injury or irritation.

The major long-term (a year or more) health effects of benzene is on the blood.  It can cause harmful effects on bone marrow and can cause a decrease in red blood cells, leading to anemia. It can also cause excessive bleeding and can affect the immune system, increasing chance for infection.

More from the Centers for Disease Control