The young father and his wife just had their second child, a baby girl, two weeks ago. 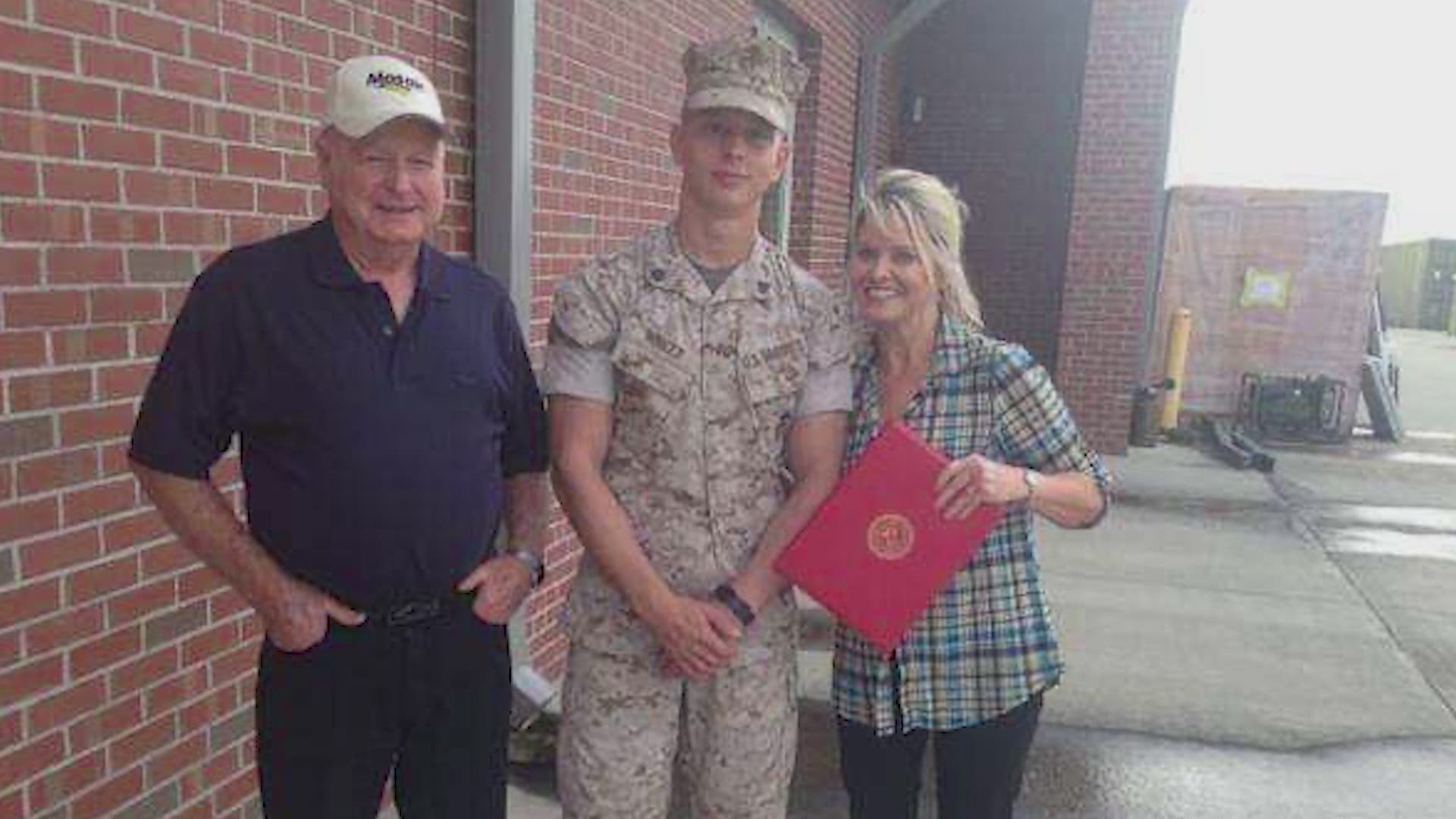 SAN ANTONIO — Update: As of Friday, Marine Joshua Nobles told KENS 5 that his vehicle with his father's ashes was found. This comes a day after his moving truck was found completely empty of many of the family's possessions.

A local nonprofit and other community members are continuing to chip in to help out the Nobles family as they settle into their new home.

The previous story begins below:

A Marine is living a nightmare just after arriving in San Antonio, his new home.

Thieves stole the military's family moving truck and car, which was packed with personal belongings including uniforms, family photos and even a loved one's ashes.

The truck and car were parked outside a hotel near the airport on the city's north side.

Joshua Nobles is an active duty Marine moving to the Alamo City from Virginia, and his car had a U-Haul attached.

As of Thursday, Joshua told KENS 5 that the truck was found, but it was completely empty, except for two uniform items and a clipboard with some rental documents in it.

"Maybe $3,000 worth of uniforms," he said. "Any type of awards I have had, any types of plaques I have been given is all gone."

They were parked right up front at the La Quinta Inn and Suites near the airport off 410 and 281.

"The things inside aren't so much as important as the pictures of my family and my dad's ashes," Nobles said. "Those are the most important things. If I could get those back, that would be ideal."

The young father and his wife just had their second child, a baby girl, two weeks ago.

He said the hotel has surveillance video showing the suspects getting into his moving truck and driving off.

"It just sucks to happen to anyone," he said. "But, because of my situation with my newborn, and my family moving here and (being) new to the area, not knowing the right places to be—that kind of sucks."