They thought maybe cancer, but it wasn't. A Sugar Land boy spent five days at the hospital after he was bit by a tick. 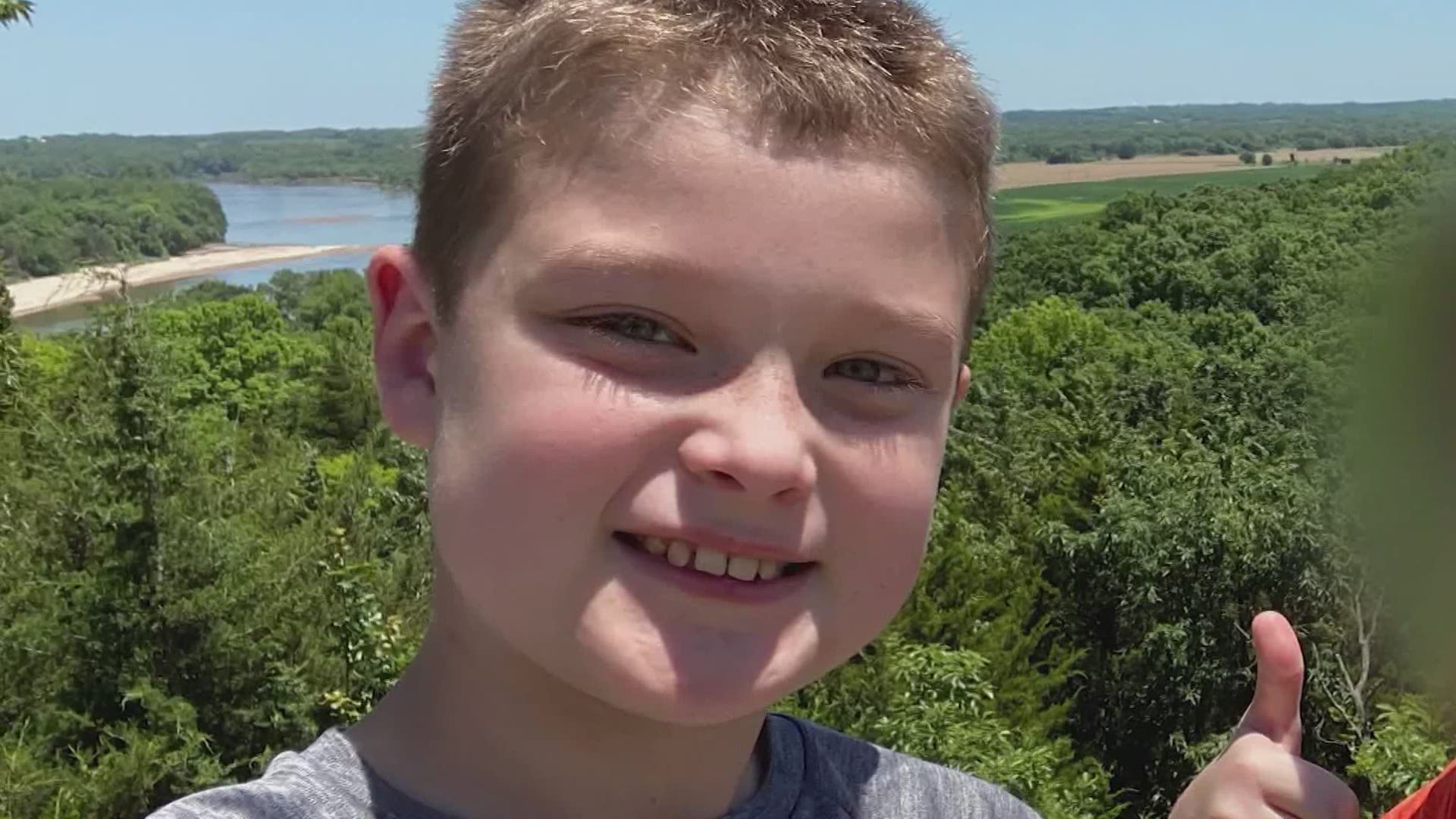 SUGAR LAND, Texas — A Sugar Land boy spent five days in the hospital after he developed a disease from a tick bite he’d gotten at summer camp.

Ticks are common and people might not even realize they’ve been bitten.

In June, 12-year-old Weston Ardames spent a week hiking and swimming at a summer camp in Kansas. He felt fine the whole week. It wasn’t until he got home that he started feeling ill.

“After he had been back for almost a week and a half, he started feeling really bad,” Weston’s mother, Hayley Ardames, said.

Hayley said Weston developed a stubborn 103-degree fever that would not go away. He was also tired and achy. After several days, his doctors ordered tests and discovered his platelets were low and liver enzymes were high. Then his fever spiked even higher.

“He had 105 fever and all of his organs were starting to shut down,” his mother said.

Taken away by ambulance

Weston was taken by ambulance to Children’s Memorial Hermann.

“They were saying things like he may have cancer. So, of course, it was scary,” she said.

However, Weston remembered a seemingly unimportant detail from camp, that he noticed a black bug near his waist while he was in the shower. He pulled it out and later realized it was a tick. Shortly later, he developed a bullseye-shaped rash that went away, and didn’t think much of it.  Weston told this to doctors.

The CDC estimates more than 475,000 Americans are diagnosed with Lyme disease, caused by ticks, every year. Symptoms include a bullseye rash, headache, fever, fatigue and swollen glands. Weston developed a different but similar disease called Ehrlichiosis. Doctors put him on antibiotics and he started getting better.

“What we didn’t realize was that they are very common, even here in Texas,” his mom said.

While Weston was sick, Hayley’s other son got a tick bite, too. Doctors prescribed him the same medication that Weston was on, doxycycline.

Mom's advice for all parents

Hayley’s advice for all parents is, “really make sure that you are paying close attention and that if your child gets sick or develops fever, muscle aches, things like that, that you ask your pediatrician.”