“I just want them to have a dad," said Sarah Schecter, Head of Lower School at The Oakridge School in Arlington. 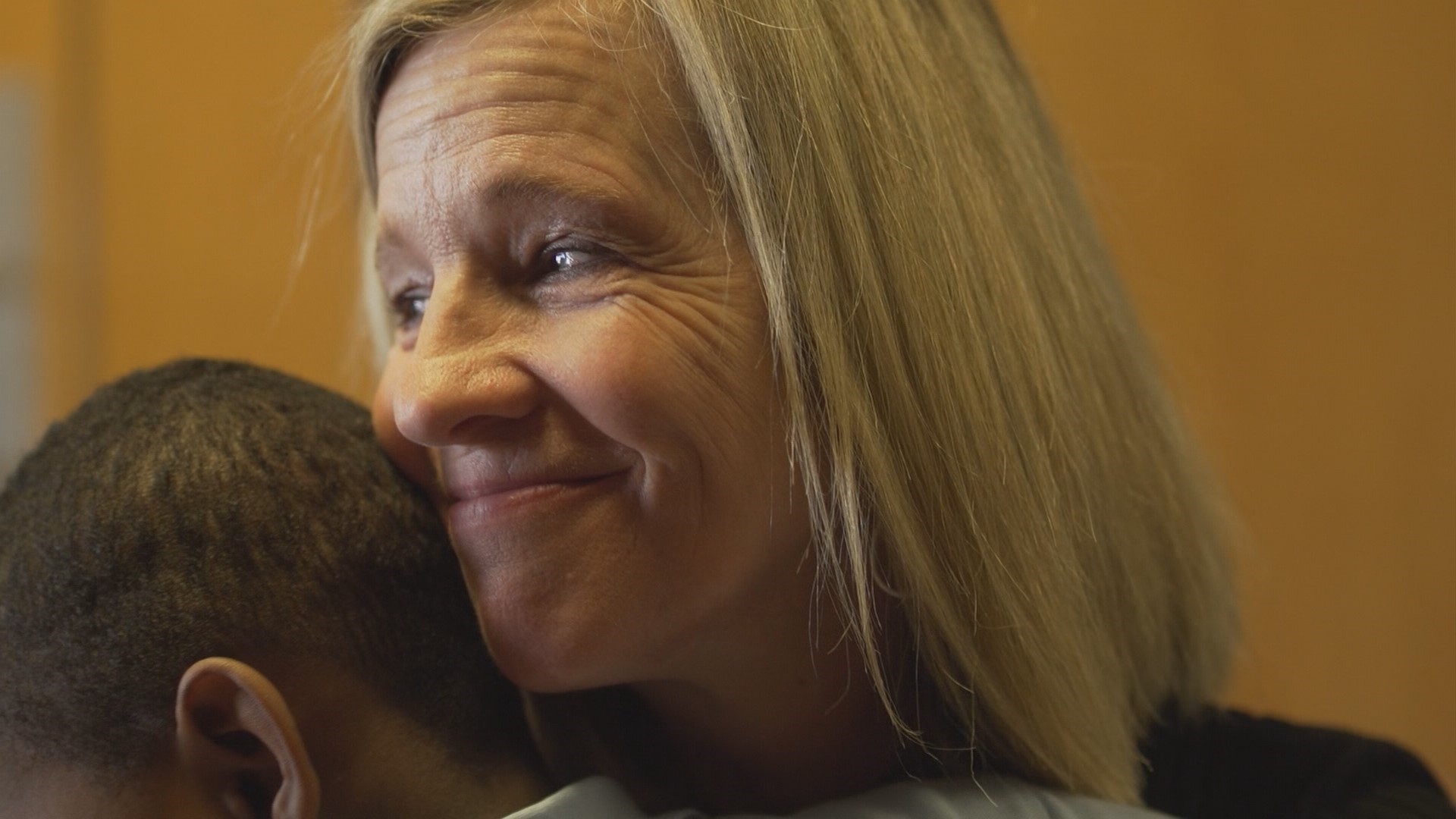 “Be generous, be kind, be brave – all of those things,” said Sarah Schecter, Head of Lower School at The Oakridge School in Arlington. “That’s a big part of what we do here - talking to our kids about character.”

When we first met Sarah, she was about to prove that she is everything she preaches.

“I know it’s the right thing to do but, am I still scared? Yes,” she said. “I’m usually a very thinking kind of person, but on this – it’s just something I’m determined to do.”

We sat down in her office six days before a major surgery – a surgery her doctors didn’t order.

“You think of a thousand reasons why you shouldn’t do it,” she said. “But it just couldn’t be avoided.”

Sarah donated a kidney to a man she didn’t know all that well. But three of her students do.

William Jones is in third grade. His big sister Sydney is in fourth and oldest brother Aaron is in eighth.

“And to think they could lose their dad when they’re just kids in school, I just want them to have their dad,” she said.

The only sign anything was wrong with Nate was a change in his eyesight that quickly progressed. But he blamed being in his early 40’s.

He set up an appointment with an eye doctor who immediately sent him to a retina specialist. That specialist told Nate he needed to see his primary doctor “yesterday.”

“They tried to take my blood pressure and it wouldn’t register,” Nate said.

Nate recalls the doctor reacting like, “You’re a walking time bomb. Like – buddy, you are in trouble.”

He was frightened enough to go straight to the ER. The diagnosis was frightening: acute renal failure. A transplant was his only option.

“Transplant? How do you go from being healthy with no headaches, no nothing – and now you need a transplant?” he said.

That's why high blood pressure is called the silent killer.

“He just didn’t have any symptoms,” his wife Amenze said. “No symptoms at all.”

RELATED: Nearly half of US adults have heart or blood vessel disease

Nate spent the next 18 months on dialysis – three days a week, four hours at a time. He woke up at 4 a.m. every Tuesday, Thursday and Saturday.

Few people knew how dire the situation was because the Jones family kept it private.

Amenze mentioned the diagnosis to the kids’ teachers and casually told Sarah Schecter about it in case any of the three seemed distracted in class.

They never dreamed Sarah would answer their silent prayers.

“Very shortly after she told me – like within days or maybe even hours – I felt a heavy burden. Of course, I didn’t want to be the person to give a kidney – who wants to go into surgery and do something crazy like that?” Sarah said.

She felt like every Bible passage or sermon she would hear was about donating a kidney.

"Of course it wasn’t, but that’s what it felt like," Sarah said.

She ignored the tug at her heart for several months but finally gave in.

She told Amenze that she wanted to undergo testing to see if she could be a donor.

“No one was surprised that she would do something like this, and that just goes to show you the type of person she is,” Amenze said.

Despite differences in their ages, genders and races, Sarah and Nate were a perfect match.

The transplant took place on Jan. 13 at UT Southwestern Medical Center. It was a success.

Cameras captured the tearful moment when they saw each other for the first time post-surgery.

Their embrace was tight and long.

“How do I pay her back?” Nate asked. “I can’t. I can’t pay her back. It runs through my mind. What can you do to thank her for this? Words aren’t enough.”

“There’s something bold for you to do. God will give it to you,” Sarah told him. “You’ve got a good kidney now. Just go forward and do what you need to do.”

The Jones family never asked anyone to give Nate a kidney.

But, The Oakridge School teaches that you don’t have to be asked to answer.