Deadly house explosion in Tomball may have been intentional, police chief says

Homes nearly five miles away from the scene were rattled by the explosion, according to officials. 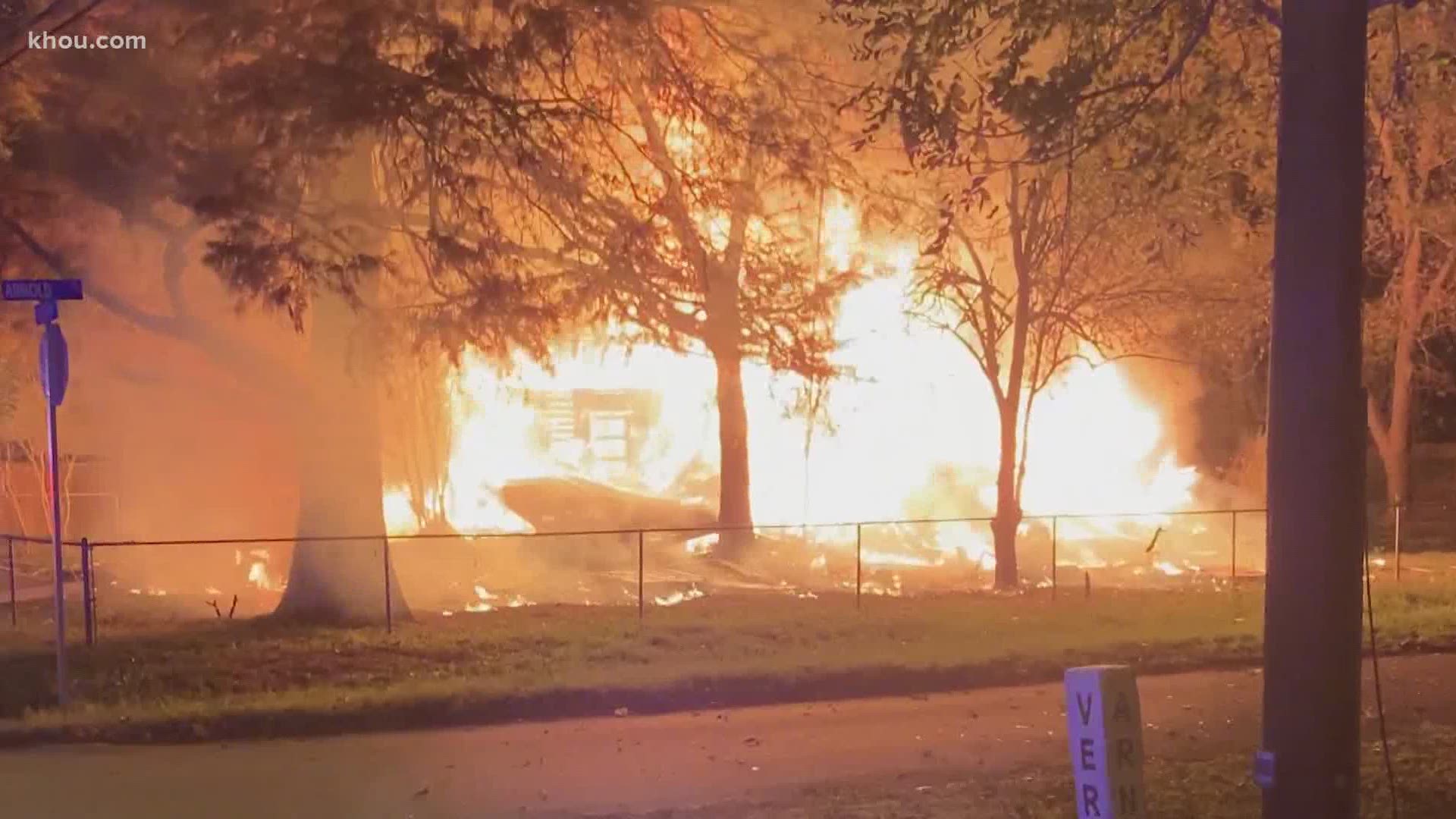 TOMBALL, Texas — A deadly house explosion in Tomball may have been intentionally set, according to investigators.

Tomball police said the blast was ignited by a combination of flammable liquid and natural gas at a home in the 200 block of Vernon Street late Wednesday night.

Tomball Police Chief Jeff Bert said the incident may have been intentional and was a suicide, though an investigation is still being conducted.

According to Chief Randall Parr, with the Tomball Fire Department, and residents who live nearby, the explosion was so intense that homes as far as five miles away were rattled, but fortunately, there was no other damage or injuries reported.

The community is shocked. A woman captured part of the blast on video.

Susan Riley lives about a mile away from the scene of the blast. She was rattled, so she decided to go by the scene to see what was left of the home.

"It was totally discernible as an explosion and then afterward followed by a series of other explosions," she said. "Pretty miraculous I think that the other homes around it were not affected in any type of a dangerous manner. I've seen explosions in the past with homes and the homes around it are obviously in a great deal of danger, too."

1/2 Now that it’s light out — we’re getting a better look @ the house that exploded overnight off Vernon St in Tomball, killing one person (resident) inside.
The blast so strong people living nearly 5 miles away felt it.
Remarkably, no one else was hurt. #khou11 #HTownRush pic.twitter.com/nzRw6H9vfR

City officials said when firefighters first arrived on the scene of the explosion, the home was fully engulfed in flames. It took firefighters about 15 minutes to get the flames under control.

The person who died is believed to be a resident of the home and public works inspectors said the home's natural gas system appeared to be working correctly.

Check back for any updates.

At approx 11:15pm members of the TFD and TPD responded to a reported explosion in the 200 block of Vernon St. Upon arrival, first responders found a home fully engulfed in flames.

At this time the fire has been extinguished and there is no immediate danger to the public.