A sample batch sold out in two hours 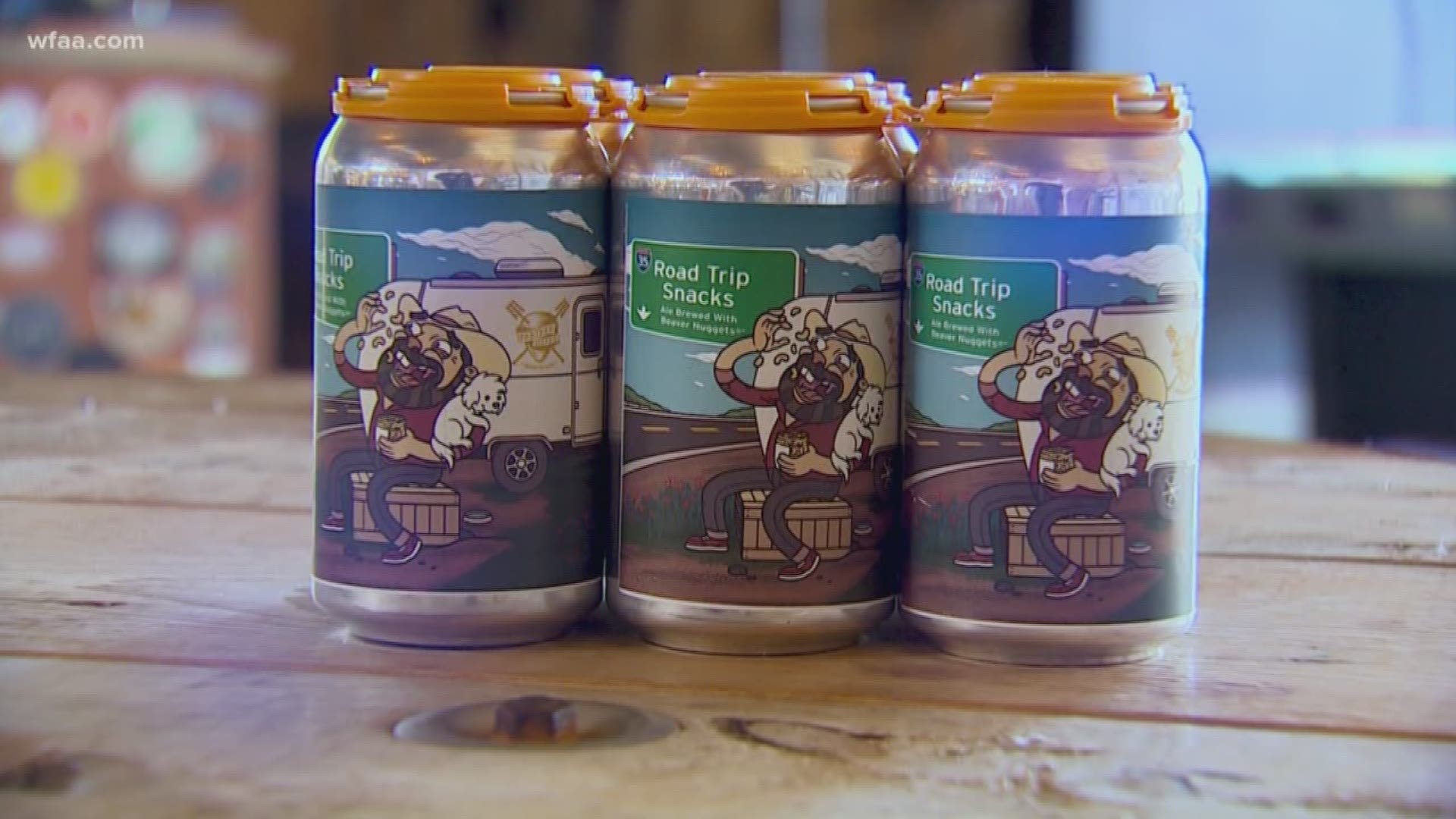 FORT WORTH, Texas — Fort Worth-based Panther Island Brewing is creating a new beer made with the famous Beaver Nuggets from Buc-ee’s.

Thursday, the brewery revealed the label for the new beer it's calling "Road Trip Snacks."

“We were just sitting around eating Beaver Nuggets, and I was like, ‘Man, this is so delicious I think it belongs in beer,'” Ryan McWhorter, the owner and founder of Panther Island Brewing, said. “It like, melts in your mouth.”

The brewery made a 12-gallon sample batch a few weeks back to test the market using a recipe from a brewer name Sandra. Those batches usually last a day. This one lasted just a couple of hours.

The new full batch is being made by dumping in 100 pounds — that's 123 bags — of the nuggets. It’s an English brown ale that has that same sweet taste as the nuggets.

It takes a few weeks to make, but Panther Island Brewing is planning a taproom release for April 18 and then will put it in Buc-ee’s stores and others in the next few weeks after that. Pre-orders not only cover this batch, but many more to come.

“It’s throwing us for a wild loop in the best way,” McWhorter said. “It’s gonna get crazy.”

The hope is that just like the snack, the beer becomes a Texas favorite. In the future, McWhorter plans to add more flavors to match the different Beaver Nugget flavors, including milk chocolate and even a barrel-aged version of the beer.

“It would be amazing if this would become a staple,” McWhorter said.