Larry Bollin, 27, has been arrested and charged with murder. 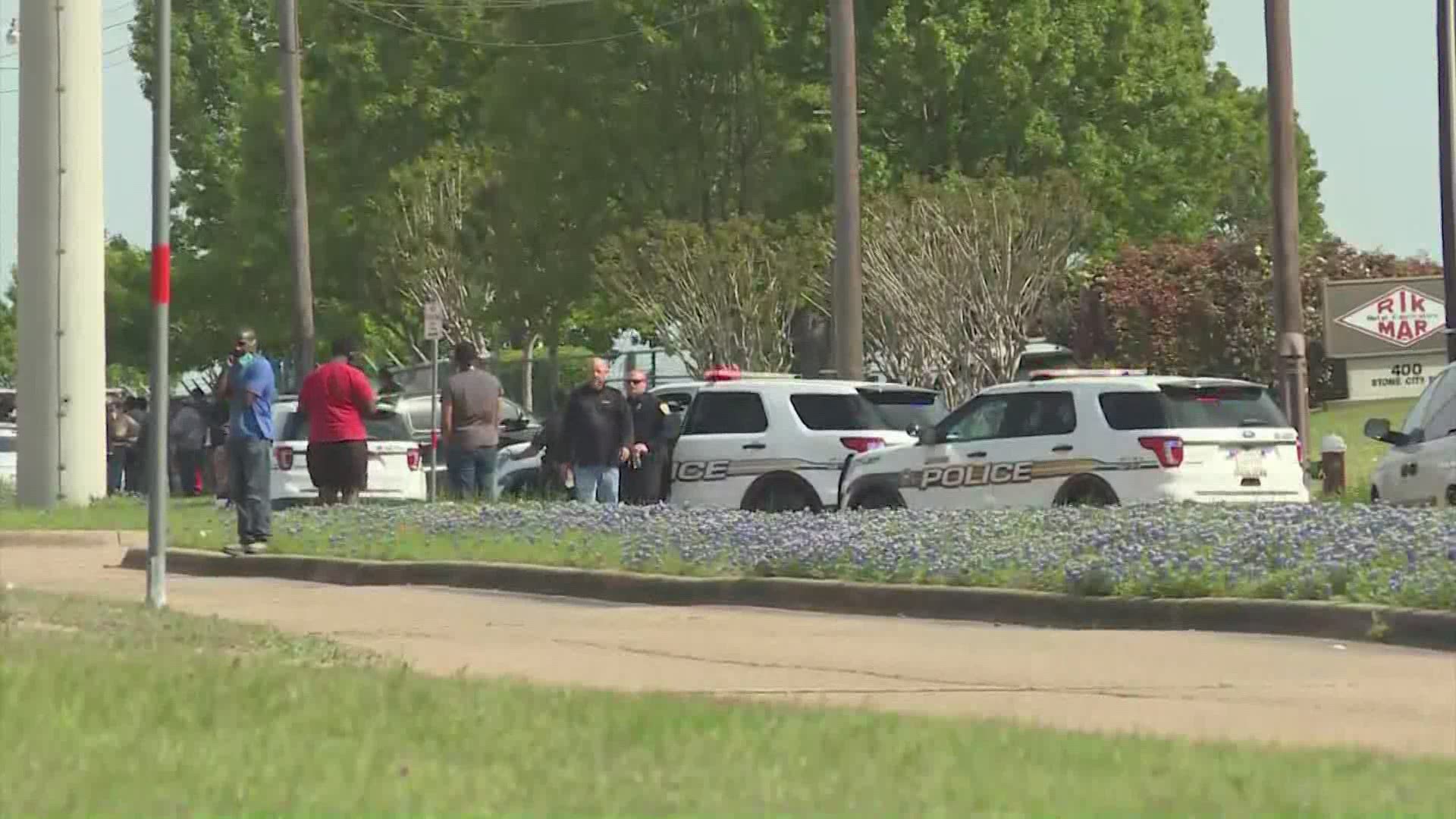 BRYAN, Texas — A Grimes County man has been arrested and charged in connection to Thursday's deadly mass shooting in Bryan

Bollin is accused of opening fire at Kent Moore Cabinets around 2:30 p.m. Thursday.

One person was killed at the scene and six others were taken to area hospitals. Of those injured, two of the five people wounded  are in critical condition. The three others are in serious but stable condition.

“Somebody told me no, no, no, there’s a shooting.  We need to get out of there. I turned back and I saw all of us, a bunch of us, running, running, running,” said Amelia Rodriguez, an employee of Kent Moore Cabinets.

After the shooting, authorities said Bollin left the scene and led DPS troopers on a high-speed chase back to his home in Iola, which is about 30 miles east of the cabinet shop.

Once they got to Iola, authorities said a shooting took place and a trooper was hit. That trooper was taken to an area hospital and was last reported to be in serious but stable condition.

Trooper Cummings says trooper was shot and the suspect then fled. A lot of troopers here are at the hospital giving support to the wounded officer. Suspect booked in Grimes Co. Sheriffs Office. @KHOU pic.twitter.com/FtQzSfzkt6

At this point we don't know a motive. We also don't know the identity of the person who was killed or any of the other shooting victims.

"Our hearts are hurting.

We're all devastated by the tragic events at our Stone City manufacturing plant in Bryan on Thursday.    Our thoughts are with our workers and their families, and we ask that you join us in keeping everyone touched by this tragedy in your thoughts and prayers.

We are fully cooperating with the police who are investigating this horrible crime.  We're thankful that law enforcement officers responded so quickly and are so appreciative of the critical medical care that paramedics provided to our coworkers.

Our focus now is on our employees and their families during this most difficult time, and we hope you understand we are not able to respond to your comments.   Your concern and kind words are deeply appreciated."

We are staying on top of this story and will have the very latest updates here on KHOU11.com and our mobile news app.