Suspect identified, charged after Houston ambulance carjacked at gunpoint with EMT, patient in the back, police say

“This is not part of their job to be kidnapped and assaulted at gunpoint,” says HFD Chief Peña. 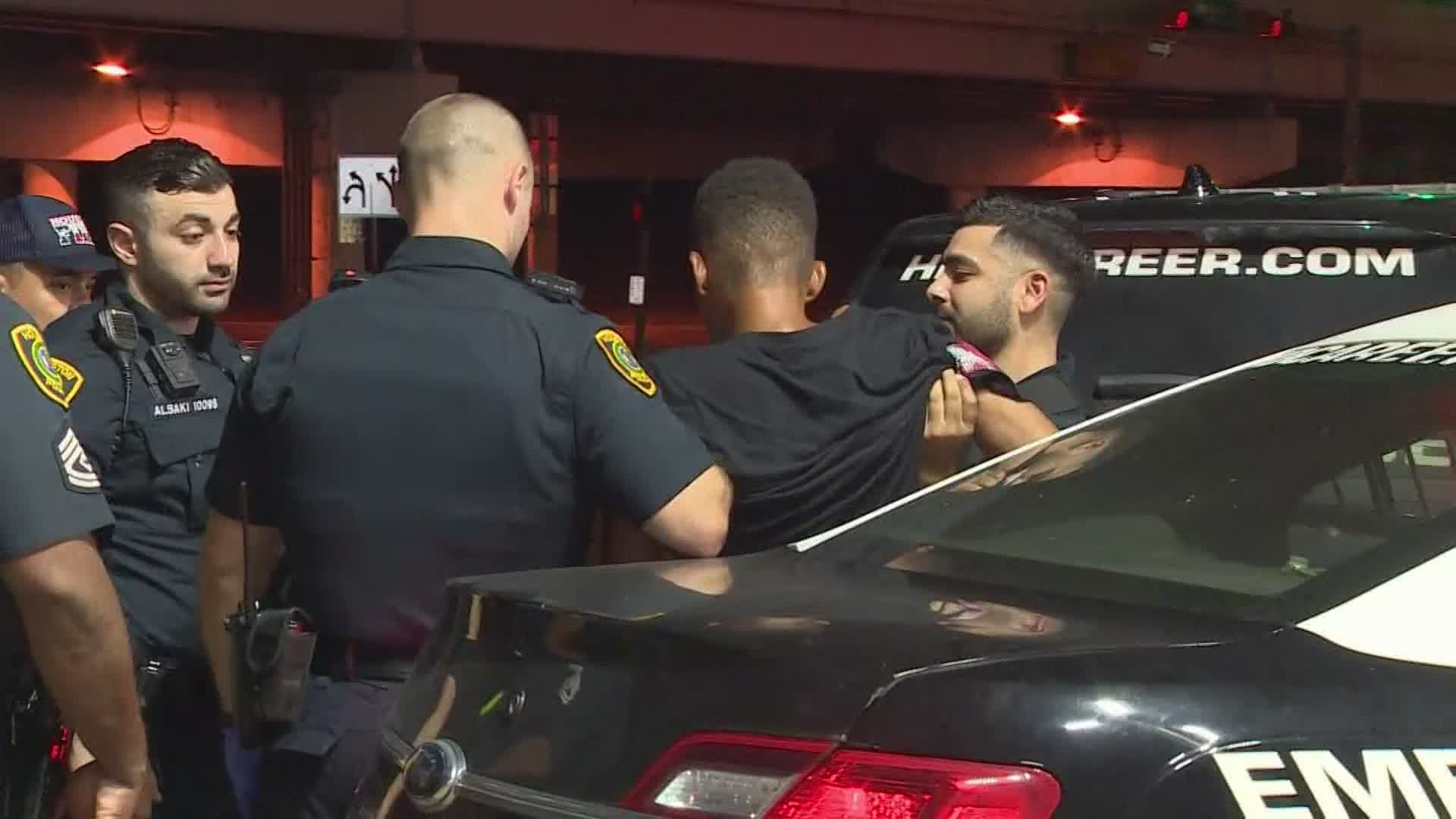 HOUSTON — A man with a gun carjacked a Houston Fire Department ambulance with an EMT and a patient still inside early Friday, police said.

The incident happened around 3 a.m. near the 610 West Loop and Beechnut, in the Meyerland area.

HFD Chief Samuel Peña said an EMT was driving the ambulance with a patient and another EMT in the back. As they were transporting the patient, an armed man firing shots forced the vehicle to stop. He pointed a gun at the EMT who was driving and took over the vehicle.

The suspect then sped away, leaving that EMT on the side of the road.

Chief Peña said in the back of the ambulance, the remaining EMT knew something was not right because they were no longer heading in the right direction. She looked through the window from the rear into the cab and saw someone else was driving.

The suspect then allegedly pointed his gun at the EMT who was still in the back.

A few times, the suspect could be heard using the radio, telling dispatchers he was the man "driving the ambulance, trying to talk to somebody."

LISTEN: Man accused of carjacking Houston ambulance got on the radio

So glad to report that the patient and both @HoustonFire EMT Firefighters are safe this morning.

Check out the emergency radio chatter as the hijacking happened!#HoustonNews #HoustonFire #HFD #KHOU11

Police responded and located the vehicle via GPS, and they — along with the EMT still inside — were able to bring the incident to a peaceful end. The suspect was then taken into custody along the Southwest Freeway and Weslayan.

The fire chief later praised the EMT for still being able to treat the patient and “deescalate” the situation, saying she did an “outstanding job.” He also praised HPD and criticized the suspect.

“This is not part of their jobs — to be kidnapped, to be assaulted at gunpoint, but it definitely has become a risk of the job,” said Chief Peña early Friday. “We’re very thankful that everybody is okay, but it’s not acceptable for our firefighters and EMTs to be assaulted when their job is to go out there and make a positive impact.”

A motive for the crime is unknown.

“There’s something definitely wrong about this. An individual like this should not be out on the street,” the chief said.

"Above all else, I am thankful that our firefighters and the patient involved in this incident are safe and unharmed.

"The brazen nature of this attack on our firefighters is deeply concerning, and an overarching message should be clear that attacks on our first responders will not be tolerated.

"We have afforded every Critical Incident Stress Management resource to our firefighters and will wait for feedback from our staff psychologist before we allow official access to these employees.

"We thank the Houston Police Department for their quick assistance and thank all men and women of the HFD and HPD for the incredible work they do each day.”

There were no injuries, and another ambulance was called in to continue to transport the patient.

Southwest and Southeast officers just recovered a stolen HFD Ambulance at Southwest Freeway and Weslayan. HFD was transporting a patient to the hospital when a car ran the ambulance off the road and took the ambulance at gunpoint. One firefighter was left on the side of the road. pic.twitter.com/Ip5DRcjP5q