The victim told police the photos are at least 10 years old, taken when she was 16 with an ex-boyfriend. 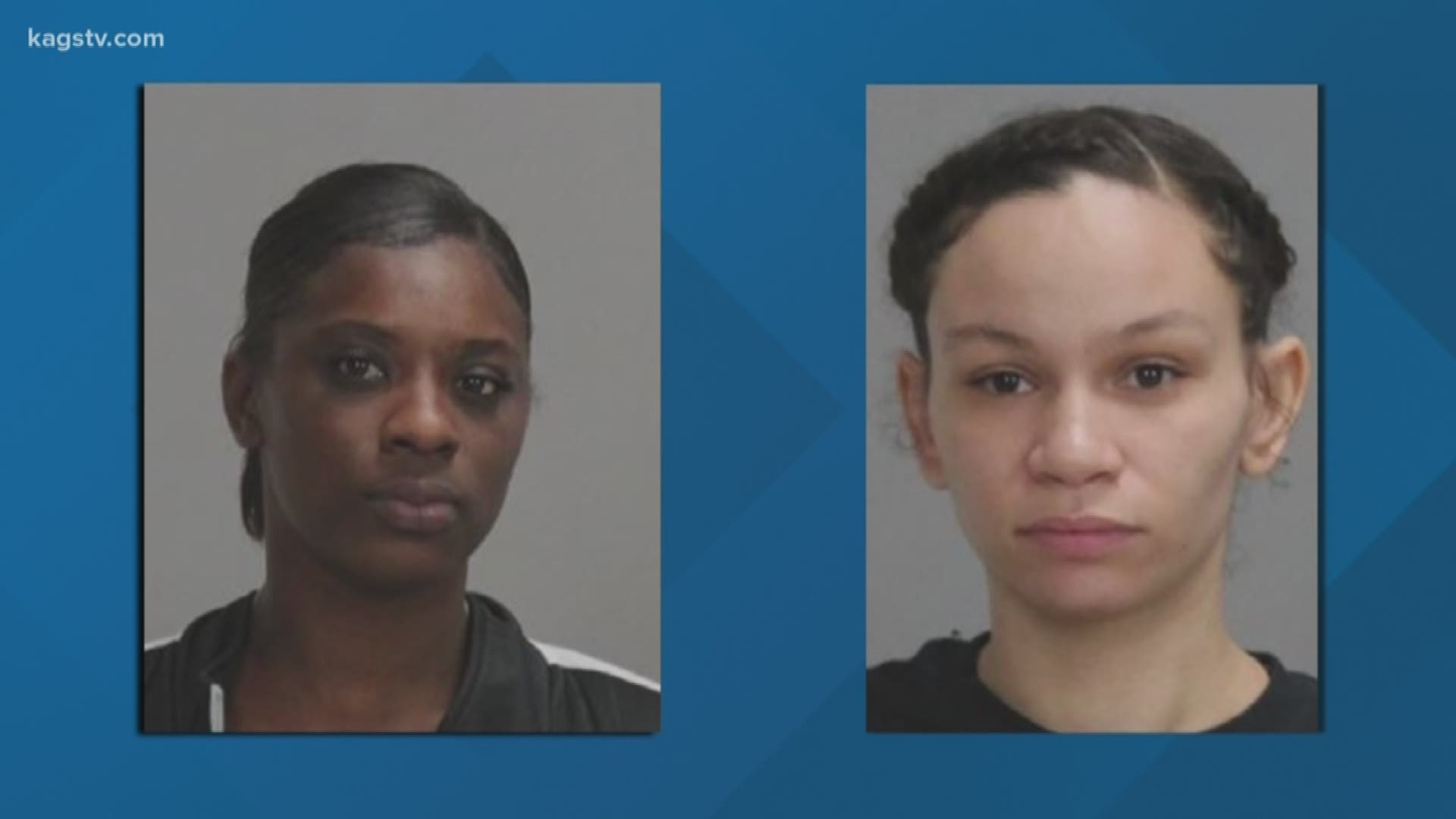 Terica Thurmon, 24 and Michaela Woodlee, 25, are charged with promotion or possession of obscene material of a child under the age of 18. The victim told police the photos were taken of her when she was 16 years of age and with an ex-boyfriend from high school, making the photos at least 10 years old.

Police responded to the 2000 block of Longmire Court on January 18 due to a report of a disturbance. The officers who responded said Thurmon had gotten into a loud argument with another woman and the woman agreed to leave the home. No one was ticketed or arrested at that time.

Just after midnight on January 19, officers were called to the 1700 block of Medina Drive in College Station. The woman involved in the disturbance at the previous address with Thurmon said Thurmon had posted a Facebook live and threatened her. The woman also said Thurmon had posted and shown photos of her engaged in sexual acts on her Facebook page and during the Facebook live.

The woman told police the photos were taken of her when she was 16 and with an ex-boyfriend in high school. The woman said the photos had to be at least 10 years old and said she did not know how Thurmon was able to get the pictures.

ALSO ON KAGSTV.COM: Bryan teen, who allegedly brags about crimes on Snapchat, charged with 2nd robbery

Credit: BRAZOS COUNTY JAIL
Terica Thurmon, 24, College Station, is charged with promotion or possession of obscene material of a child under the age of 18. She's accused of posting and showing photos of a girl under 18 engaged in sexual acts on a Facebook live.

Credit: BRAZOS COUNTY JAIL
Michaela Woodlee, 25, of College Station, is charged with promotion or possession of obscene material of a child under 18. She's accused of having photos of a child under 18 engaged is sexual acts on her phone. The photos are allegedly 10 years old.

When officers asked Woodlee about the photos, she claimed they had been sent to her through a social media messaging app. She said she didn't know who sent her the photos, but allegedly told police it was Thurmon who posted the photos on her Facebook page. She admitted to police she still had possession of the photos on her phone, they said.

Thurmon and Woodlee are at last check in the Brazos County Jail on $10,000 bond each.