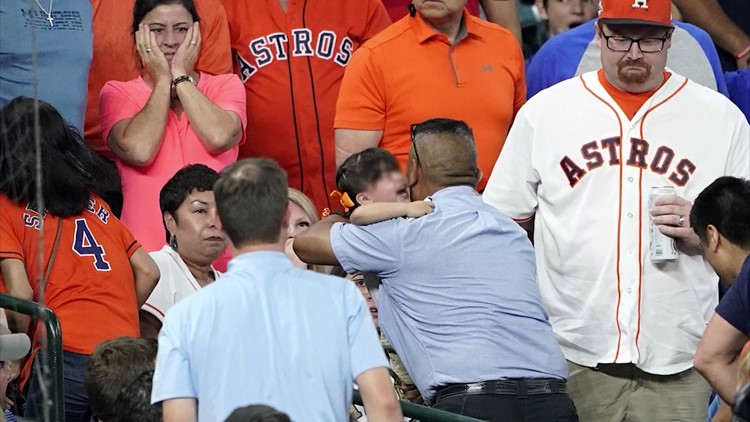 Photo by: KHOU
The family of a young girl who was struck by a foul ball last month at a Houston Astros game says the girl suffered various head injuries.

HOUSTON — The family of a young girl who was struck by a foul ball last month at a Houston Astros game says the girl suffered various head injuries.

The family has hired attorney Richard Mithoff who detailed the girl’s injuries in a letter to Astros owner Jim Crane.

The family said the 2-year-old girl, who was hit during Houston’s May 29 game against the Chicago Cubs, suffered a skull fracture, brain contusions, bleeding and a seizure, among other injuries. They said the girl is on medication to prevent more seizures and is recovering at home.

“The family has retained me to consult about their options and to publicly thank the fans and Astros for their outpouring of support,” Mithoff said.

Major League Baseball released a statement a day after the game calling the incident “extremely upsetting” and said it would keep examining its policy on protective netting at stadiums.

"The Astros continue to send our thoughts and prayers to the young girl and her family. We continue to respect the family’s request for privacy and have no further comment at this time."

MLB to keep monitoring netting issue after child is hit

‘What will it take? Someone dying?’ | Some say the MLB should require full netting ‘before it’s too late’