“We want to make sure we have the right space to be able to respond correctly,” said Sister Norma Pimentel, executive director of Catholic Charities in the RGV. 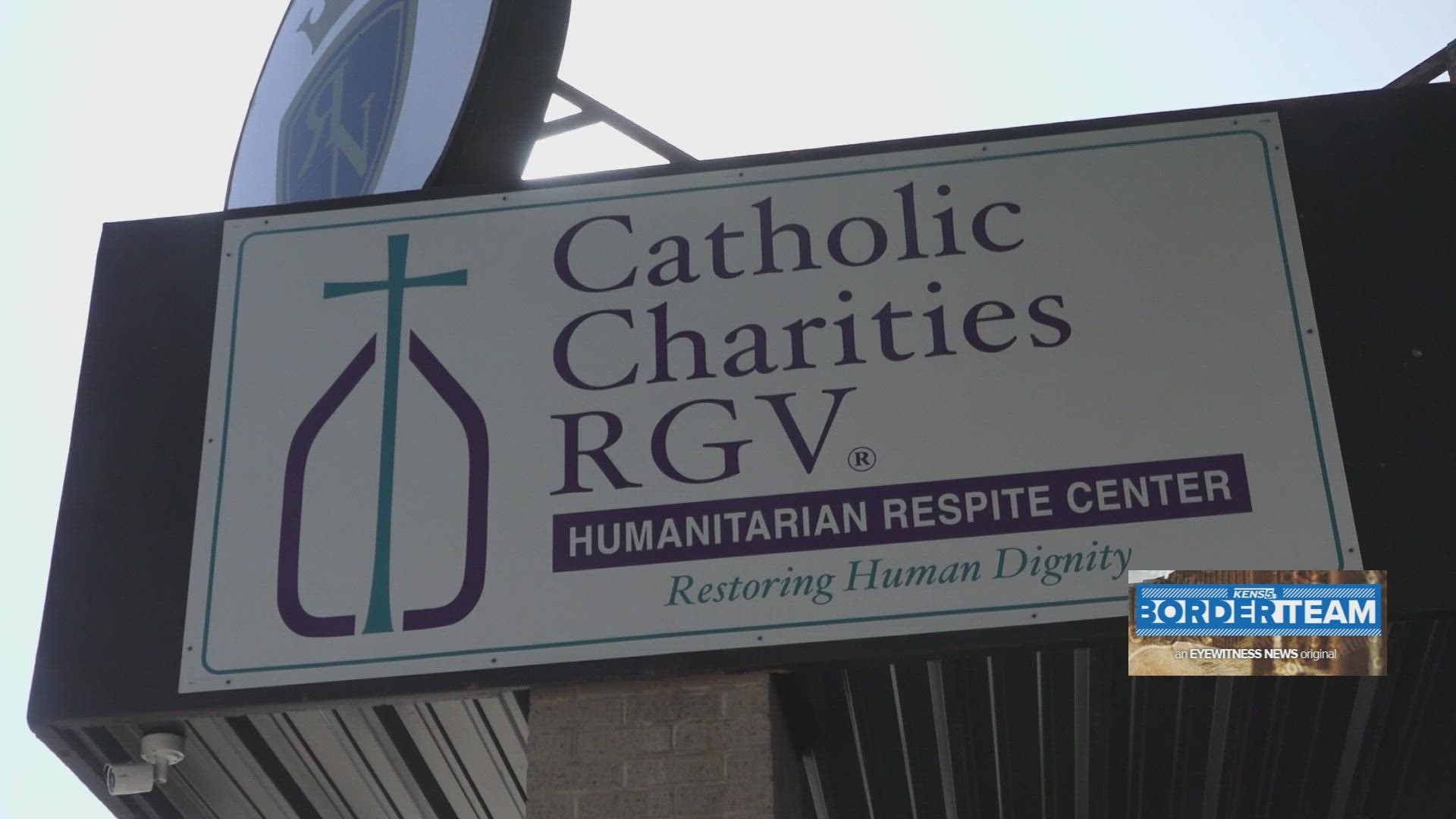 MCALLEN, Texas — One of the main organizations helping migrant families after they’re released from U.S. Border Patrol custody is looking to expand. Catholic Charities in McAllen tells KENS 5 that it’s working with the city to find more room.

“We want to make sure we have the right space to be able to respond correctly,” said Sister Norma Pimentel, executive director of Catholic Charities in the Rio Grande Valley. “We're just looking at identifying another location, which is larger. We're looking at different possibilities and we've nothing final.”

Pimentel told KENS 5 that the respite center she runs in downtown McAllen can accommodate 1200 people. It reached capacity on August 2 and has been holding steady since.

“My interest and my concern is the families, they’re victims in all of this,” Pimentel said.

Before Pimentel can help them, migrants go through the U.S. Border Patrol, also the keeper of official statistics. In a court document filed in federal court as part of a lawsuit over Gov. Greg Abbott’s order barring non-profits from transporting migrants, Chief Border Patrol Agent for the Rio Grande Valley Sector Brian Hastings said since October 2020 until now, apprehensions in the Rio Grande Valley Sector were up by approximately 529 percent.

Customs and Border Protection has said most migrants were being expelled under CDC’s Title 42, a Trump-era rule allowing the removal because of the pandemic. As of Monday afternoon, August 2, the CDC extended the order, in a press release saying, “until the CDC Director determines that the danger of further introduction of COVID-19 into the United States from covered non citizens has ceased to be a serious danger to the public health, and the Order is no longer necessary to protect the public health.”

“We have seen just a dramatic increase in the numbers here just really over the last 30 days or so,” Johnston said. “The city has been working very closely, not only with the United States Border Patrol and various federal agencies, but also with our partners over at Catholic Charities here in the city of McAllen to assist us with that process as we've got these folks coming through the community.”

“We are working with Catholic Charities and some of the federal agencies to see if there are other buildings or other facilities out there that might be better suited for the large numbers that we potentially could be looking at,” Johnston said.

In the meantime, Pimentel and Johnston said the migrants who are willing are tested for COVID and isolated if they test positive.

“They've been doing that for months,” Johnston said. “We make sure that the folks that are going into the respite center and that are getting on the buses and the planes leaving the area are all negative.”

Late Monday afternoon, both the City of McAllen and Hidalgo County issued disaster declarations, “because of a growing number of migrants seeking asylum,” as Hidalgo County put it.

County Judge Richard F. Cortez has declared a local state of disaster due to growing number of migrants seeking asylum

Part of the reasoning for a local disaster declaration is it paves the way for local municipalities to recoup any money they’ve spent mitigating an issue, including getting reimbursements from state and federal authorities.

The tremendous increase in the influx of immigrants has brought us to a breaking point. Even though immigration is not...