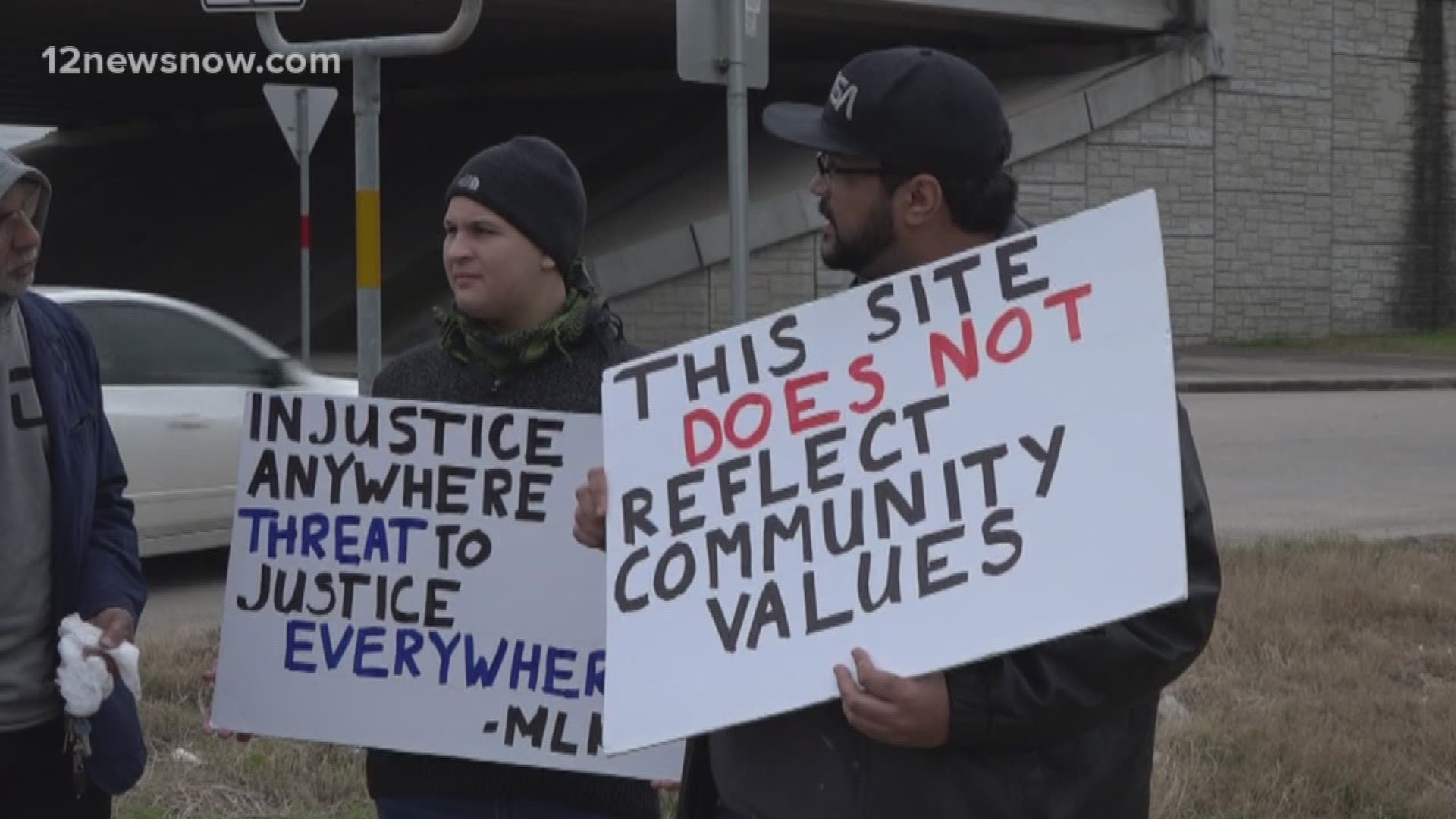 ORANGE, Texas — A group in Orange honored Martin Luther King Jr. Day with a protest of the "Confederate Memorial of the Wind." The memorial is located off of MLK Drive  and Interstate 10 in Orange. The group, "Repurpose Memorial," wants to see the sight re-purposed into something more representative of the entire community.

RELATED: Group in Orange County protests Confederate memorial: "It's a smack in the face to Dr.King's legacy"

Louis Ackerman and his thirteen year old son Rustyn stood side-by-side at the protest. They've been at it for over a year now. Louis Ackerman said they chose Martin Luther King Jr. Day to make their voices heard once again.

The protesters have an uphill battle. The memorial is located on private property. Their hope is that through their persistence, the owners will change their minds and re-purpose the sight.

Rustyn had plenty of other things he could have been doing on the MLK holiday, but chose to be their with his parents.

"We already have enough confederate monuments and memorials as it is, it's quite obvious that it's not just about teaching our history," said Rustyn.

Standing across from the memorial is a billboard, purchased by the group. On it is a quote by Martin Luther King Jr.:

"A time comes when silence is betrayal." Their hope is that it resonates with the community.

To keep up to date with "Repurpose Memorial" and for more information, check out their website.