Police found 15 guns, along with a bulletproof vest, in the home in the 4100 block of Charlotte. 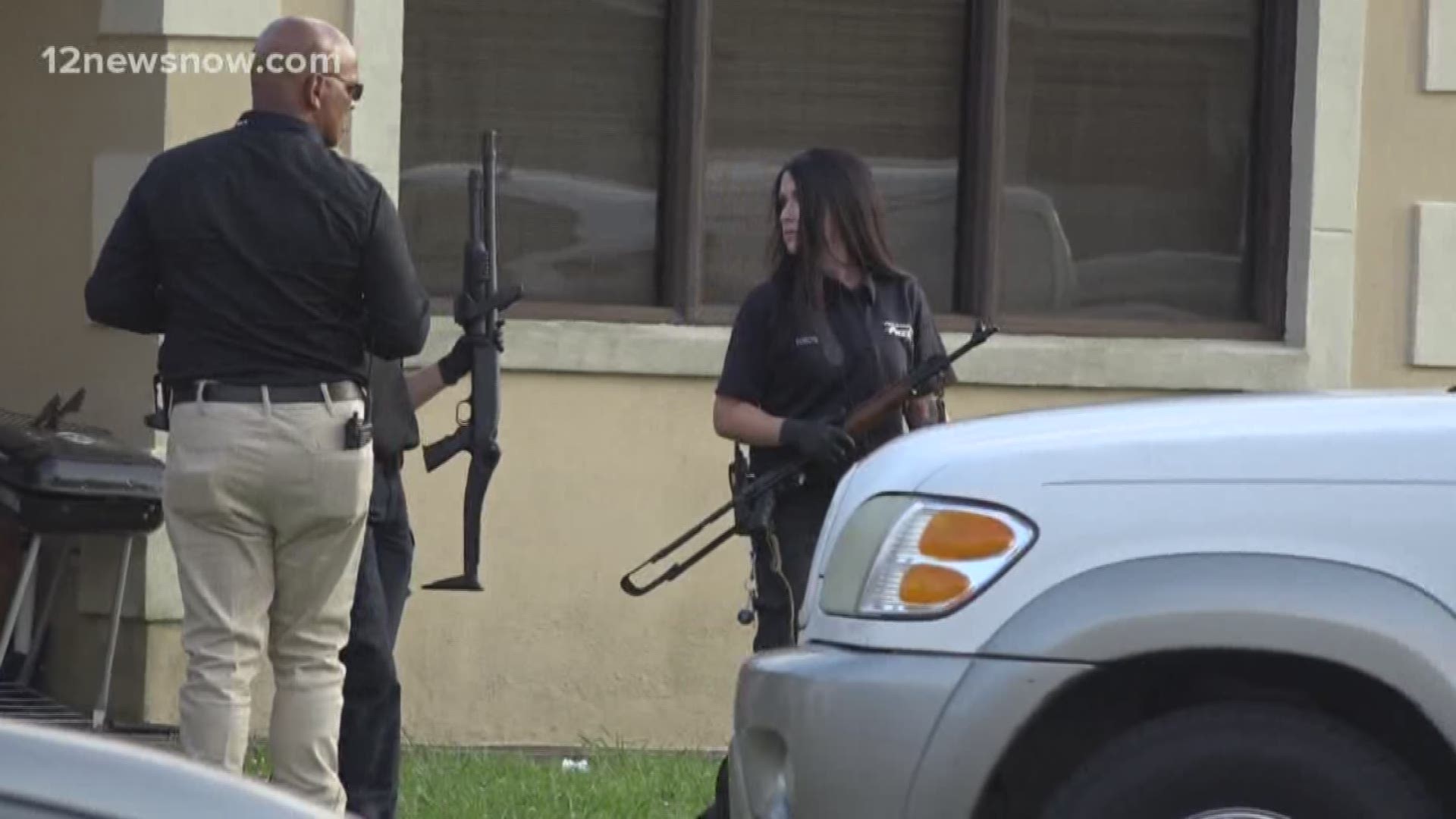 Police seized 15 guns, including 10 long guns, cocaine and a police style bulletproof vest in a home in the 4100 block of Charlotte Drive according to Police Chief Tim Duriso.

At least one of the guns is stolen police say.

Seven people were arrested after a Port Arthur SWAT team raided the house about 5:30 p.m. Wednesday according to the police.

The raid happened hours after Port Arthur police announced the launch of their Crime Response Team.

Some of the suspects at the home fit the description of suspects in some other recent crimes, Duriso said.

"From witnesses there are several in the house that match the descriptions of some home invasions. We're going to have to go back and look at the police reports and see what's all stolen," Duriso said.

Some involved are juveniles and will be released to parents following the raid that the chief hopes sends a message.

"We're not going to stop. We're going to get the people committing these violent crimes," Duriso said.