Odom is a marine veteran and served in the Nederland police department for more than 20 years. 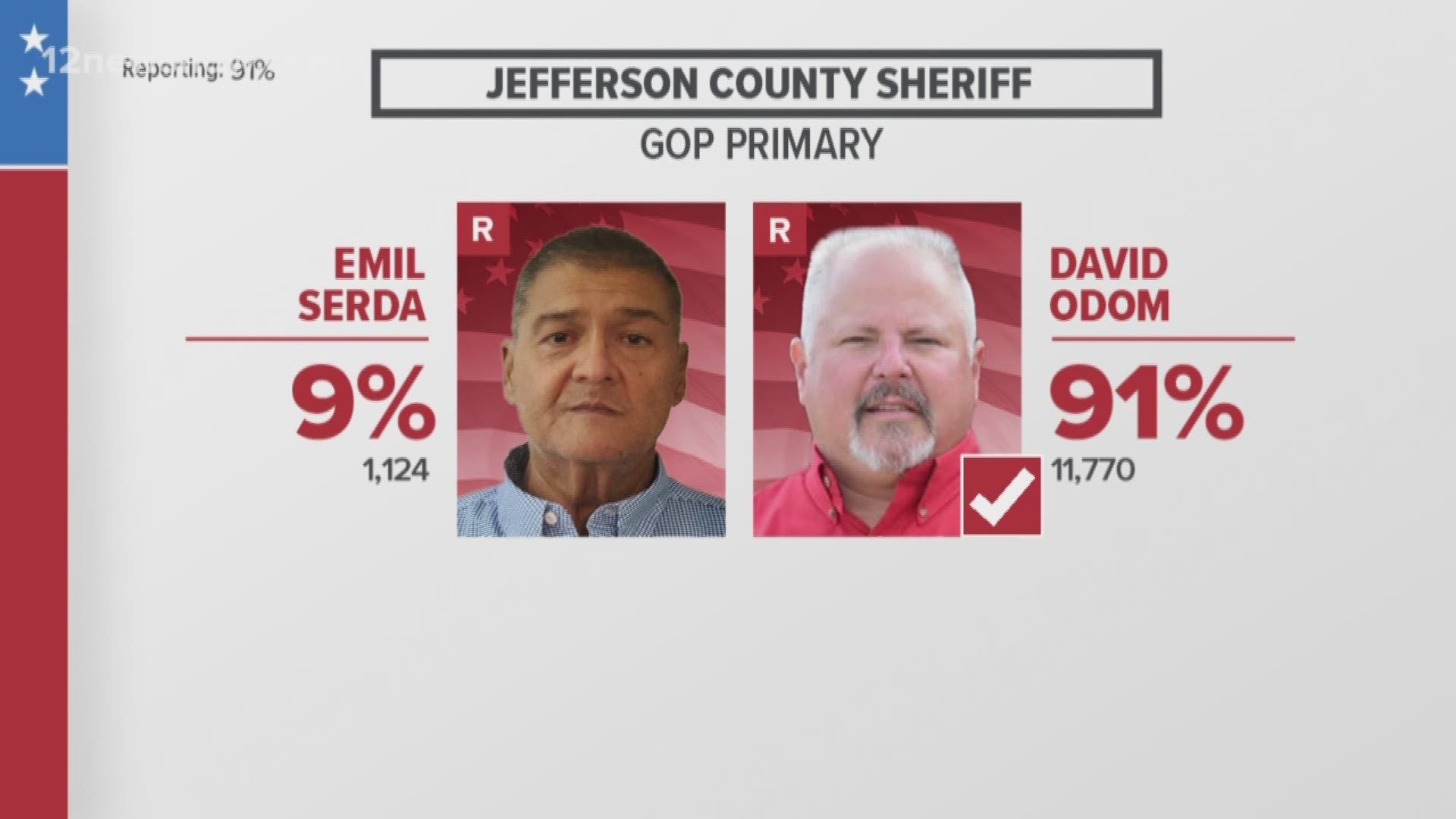 In Port Neches, dozens of family and friends gathered to support Odom on Super Tuesday Inside the Jefferson County Republican headquarters.

After receiving nearly 92 percent of the votes from his opponent Emil Serda, Odom will be the one representing the Republican Party come November.

Odom is a marine veteran and served in the Nederland police department for more than 20 years.

He retired last year, but decided to join the race for Jefferson County Sheriff.

Odom tells 12News he was surprised at how big he won, but credits it all to his supporters.

With the primary victory, Odom will face off against incumbent Democrat Zena Stephens who ran ran unopposed.

Stephens was sworn in as the first female African-American sheriff in Texas back in 2017.

Odom says he's looking forward to that battle which will take place in November.