"It is dangerous, not just for me and my family, but for public servants everywhere," Whitmer said. 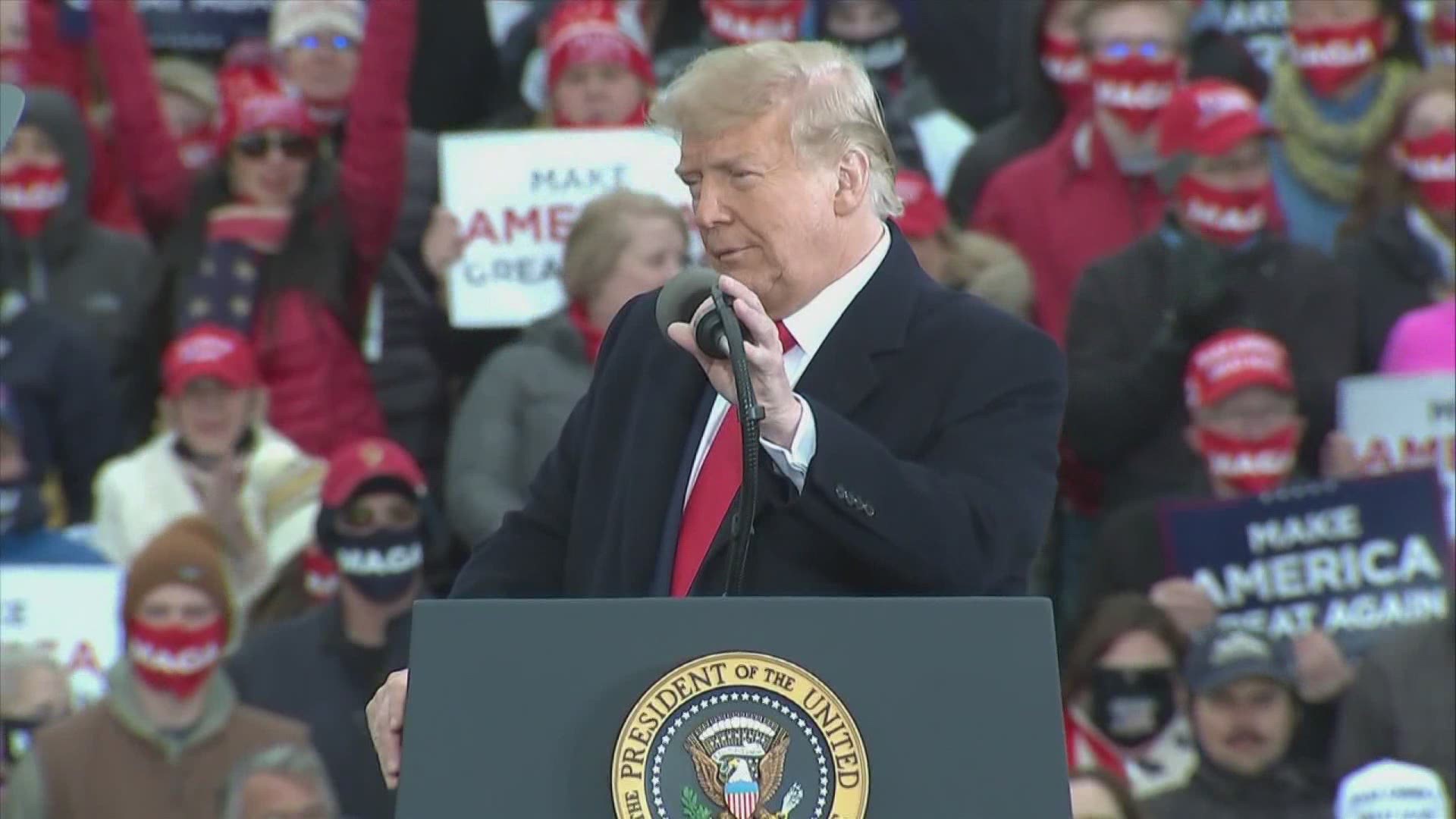 The comments were made by Whitmer Sunday morning on NBC’s “Meet the Press.”

"It's incredibly disturbing that the president of the United States, 10 days after a plot to kidnap, put me on trial, and execute me — 10 days after that was uncovered — the president is at it again and inspiring and incentivizing and inciting this kind of domestic terrorism," Whitmer said.

"It is dangerous, not just for me and my family, but for public servants everywhere.”

During Saturday’s rally in Muskegon, Trump referenced Whitmer twice. Both times, the crowd responded by chanting “Lock her up.” At one point, Trump added to the chants, saying, “Lock ‘em all up.” The chants were particularly pointed, as a plot to kidnap Whitmer was just recently discovered and announced by federal agents.

RELATED: Crowd chants 'lock her up' against Whitmer at Trump rally

“You got to get your governor to open up your state,” Trump said to the first round of ‘lock her up’ chants. “And get your schools open. The schools have to be open.”

The president then referenced the kidnapping plot, saying, “I guess they said she was threatened, and she blamed me.”

Recently, the FBI foiled a plan to kidnap the governor. The plot included plans not only to kidnap Whitmer, but to have her stand trial for treason and to execute her. There were also plans to storm the Michigan Capitol and instigate a civil war. The plan included explosives and a Taser purchased for $4,000, according to a criminal complaint.

So far, 14 men are known to have been charged in the plot. Eight of the men are facing state charges related to terrorism and six others are facing federal charges.

While Trump was still speaking Saturday, Whitmer retweeted a clip of the crowd chanting “lock her up,” saying “this is exactly the rhetoric that has put me, my family, and other government officials’ lives in danger while we try to save the lives of our fellow Americans. It needs to stop.”

This is exactly the rhetoric that has put me, my family, and other government officials’ lives in danger while we try to save the lives of our fellow Americans. It needs to stop. https://t.co/EWkNQx3Ppx

RELATED: Whitmer kidnapping plot is something 'you might expect from ISIS,' Biden says

Michigan House Speaker Lee Chatfield, a Republican who attended the rally, denounced the chants Saturday night in a tweet.

"Trump didn't chant 'lock her up' about our governor. But others did and it was wrong. She was literally just targeted. Let's debate differences. Let's win elections. But not that," he said.

Several Trump campaign officials appeared on Sunday news shows to defend the president. Lara Trump, the president's daughter-in-law and a senior campaign advisor, spoke about the incident on CNN's "State of the Union."

"He wasn't doing anything, I don't think, to provoke people to threaten this woman at all," she said. "He was having fun at a Trump rally, and, quite frankly, there are bigger issues than this right now for everyday Americans."

“In our political dialogue, to inject fear tactics into it, especially a woman governor and her family, is so irresponsible,” Pelosi said. “And, in all fairness to people who listen to him, people think the president is important and what he says should be adhered to. And so we have this horrible situation.” 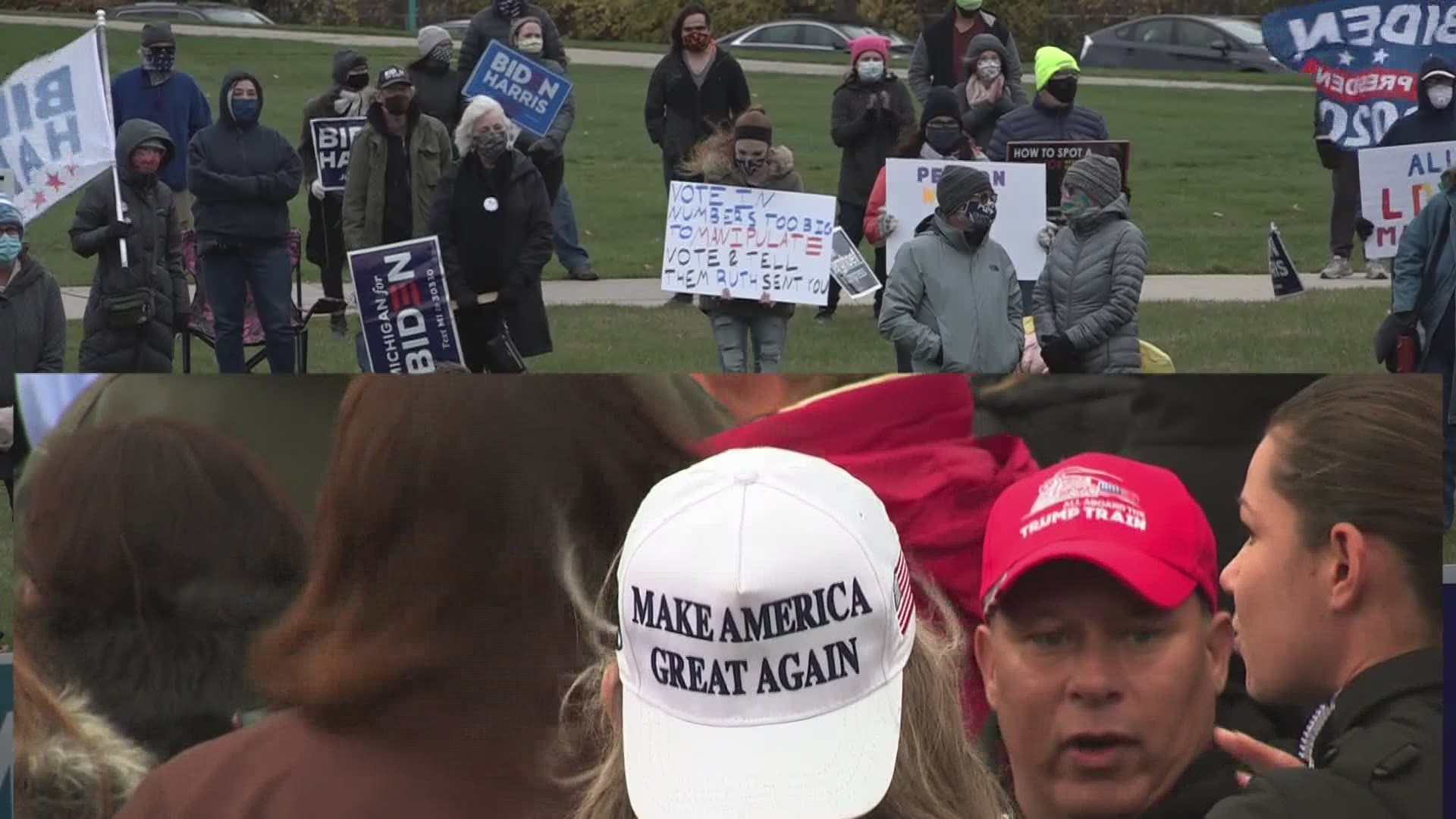