White House official: Trump will not testify in his own defense

"We want this to be behind the president as soon as possible," said Pam Bondi, who is helping Trump prepare for the U.S. Senate trial. 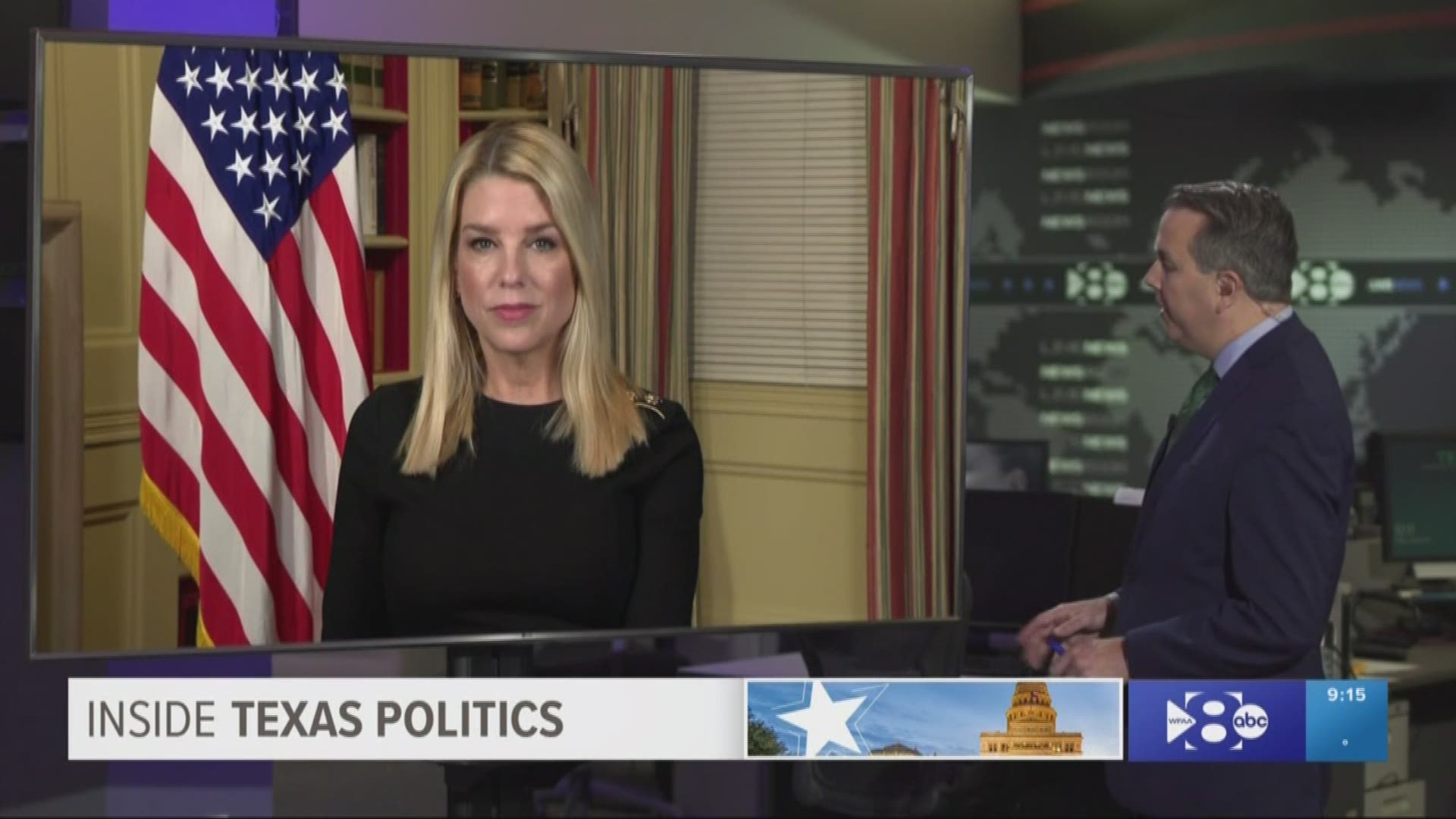 DALLAS — Editor’s Note: When the following interview with Ms. Bondi took place, she was a special advisor to the president on impeachment. On Friday, she was added to President Trump’s defense team for his Senate trial.

Less than a week before President Donald Trump stands trial in the U.S. Senate after being impeached, the White House told WFAA that he will not testify in his own defense.

“If you were accused of something you did not do, you would want to testify. Anybody would. [But] I don’t see that happening at all,” said Pam Bondi, special advisor to the president for impeachment, in an exclusive interview with WFAA.

The White House insists the president did nothing wrong.

The Trump administration hired Bondi, the former attorney general in Florida, to help with messaging and legal preparation. She spoke to WFAA from the White House.

She said her position is temporary while the rest of the White House staff focuses on "doing their job every day for our country."

“We’re in here helping with the impeachment process. We want to be out of a job. We want this to be behind the president as soon as possible," Bondi said.

On Wednesday morning, U.S. House Speaker Nancy Pelosi named seven “impeachment managers” – members of the House – who will prosecute the case against Trump in the Senate next week.

Congresswoman Sylvia Garcia, D-Houston and in her first term, is among the group.

Credit: AP
Rep. Sylvia Garcia, D-Texas, speaks as the House of Representatives debates the articles of impeachment against President Donald Trump at the Capitol in Washington, Wednesday, Dec. 18, 2019. (House Television via AP)

Democrats do not have the votes in the Senate to convict Trump and remove him from office.

“They won’t be successful, and they know they won’t,” Bondi said.

In December, House Democrats impeached President Trump for abuse of power and obstruction of Congress for allegedly withholding security aid from Ukraine until it opened an investigation into the son of Trump’s Democratic rival, Joe Biden.

U.S. Supreme Court Justice John Roberts will preside over the trial in the Senate, which is scheduled to begin Tuesday. Roberts will be kind of like a referee over the process.

Republicans and Democrats will then get 20 hours to make their case.

“The outcome seems preordained. The Democrats’ best hope is probably to win procedural victories, such as having witnesses, where they can score political points,” said David Coale, a constitutional expert who leads the appellate practice at Dallas law firm Lynn Pinker Cox & Hurst in Dallas.

RELATED: Ahead of impeachment trial, Trump suggests not having it

It's unclear whether witnesses will be called during the trial, including former National Security Advisor John Bolton. He reportedly said he’s willing to if called. Bolton was in the president’s inner circle at the time.

Coale said the chances of that appear “very low.”

“The White House has aggressively defended privilege at every turn,” Coale said.

'Has to be a fair process'

Republicans complained for weeks that the House Democrats did not conduct a fair inquiry.

Bondi said McConnell is only working with the White House to determine the trial process but will still weigh the facts independently.

"It has to be a fair process. The rules are going to be very similar to the Clinton rules," Bondi said.

She said she believes people are ready to move on from impeachment.

"I think everyone has scandal fatigue at this point and they want to get on with jobs, the economy and everything great that’s happening in our country.”

Bondi said the White House counsel is ready to move forward and has been ready for the trial since "last month, last week, today."

"We're ready to start this and put it behind the American people,” she added.