Phelan, a Republican from Beaumont, made the announcement the morning after the GOP maintained its control of the lower chamber in the 2020 elections. 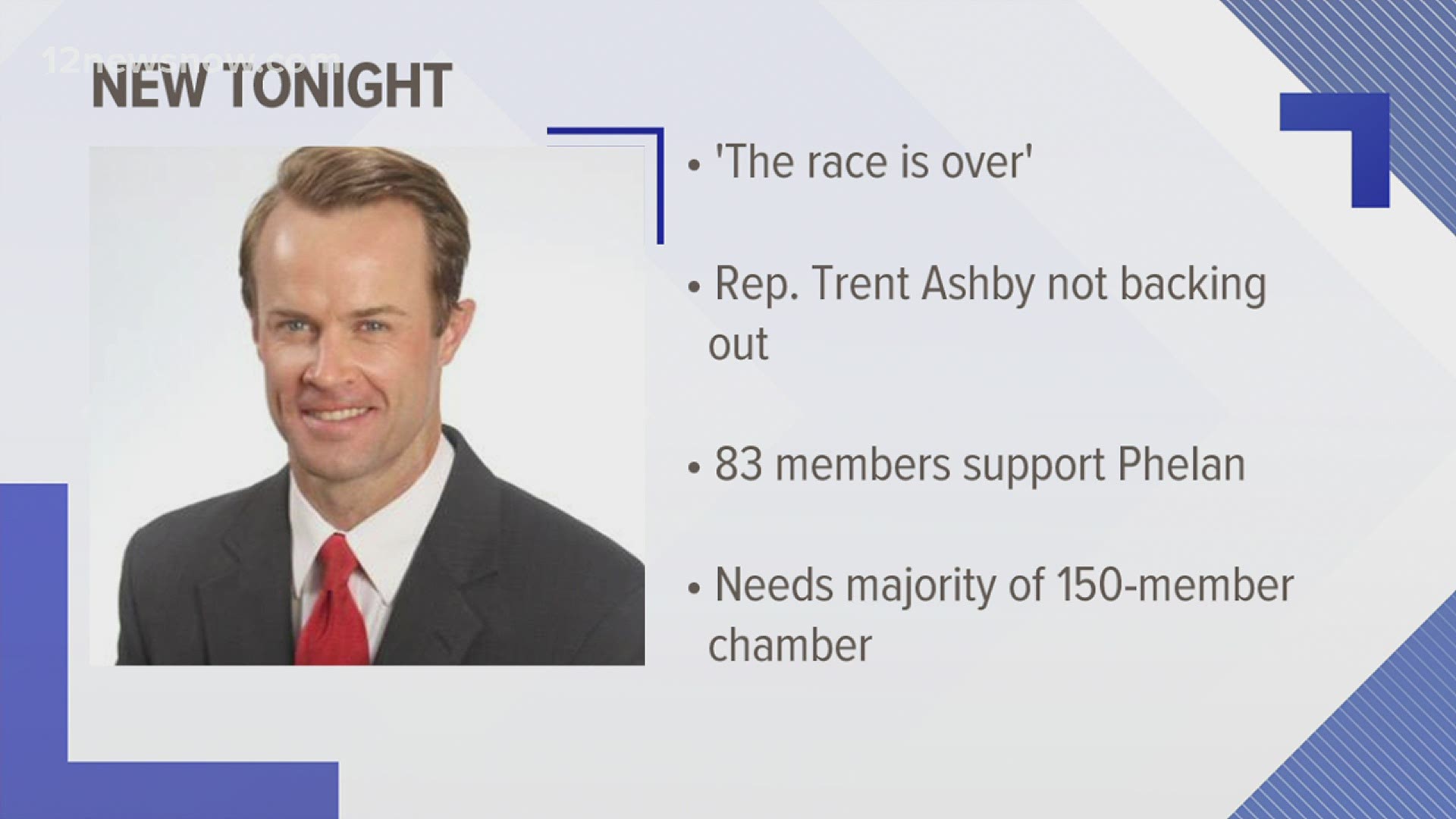 TEXAS, USA — State Rep. Dade Phelan, R-Beaumont, announced Wednesday he has the votes needed to become the next speaker of the Texas House.

The news — and the coalescing around Phelan — comes hours after the GOP maintained its majority over the lower chamber, fending off a well-funded challenge from Democrats who had hoped to flip the House for the first time in nearly two decades.

"The race is over," Phelan said at a noon press conference at the Texas Capitol.

Phelan declined to say how many votes he has, but said he would release a list of his supporters later Wednesday. He did say that he had "a supermajority of the Republican caucus" and a "broad coalition of support" from the Democratic caucus. A candidate needs a majority of the 150-member chamber in order to win the gavel.

As election results came in Tuesday, the eight candidate field for speaker — four Democrats and four Republicans — seemed to consolidate into two camps: a group supporting Phelan and another backing state Rep. Trent Ashby, R-Lufkin. Both candidates had filed for the gavel in recent days as the race quickly escalated heading into Election Day.

The House will officially elect a speaker on the first day of the legislative session in January.

Phelan has served in the House since 2015 and is currently chair of the powerful House State Affairs Committee. He was a top lieutenant of House Speaker Dennis Bonnen, a Republican who will retire at the end of his term thanks to a political scandal last summer.

WATCH: Election 2020: Tracking the balance in the Texas House | KVUE

How Travis, Williamson and Hays counties voted in the 2020 presidential election

Presidential Election 2020: Live results from across the US