President Trump visited Austin to give a speech at the American Farm Bureau Federation convention. 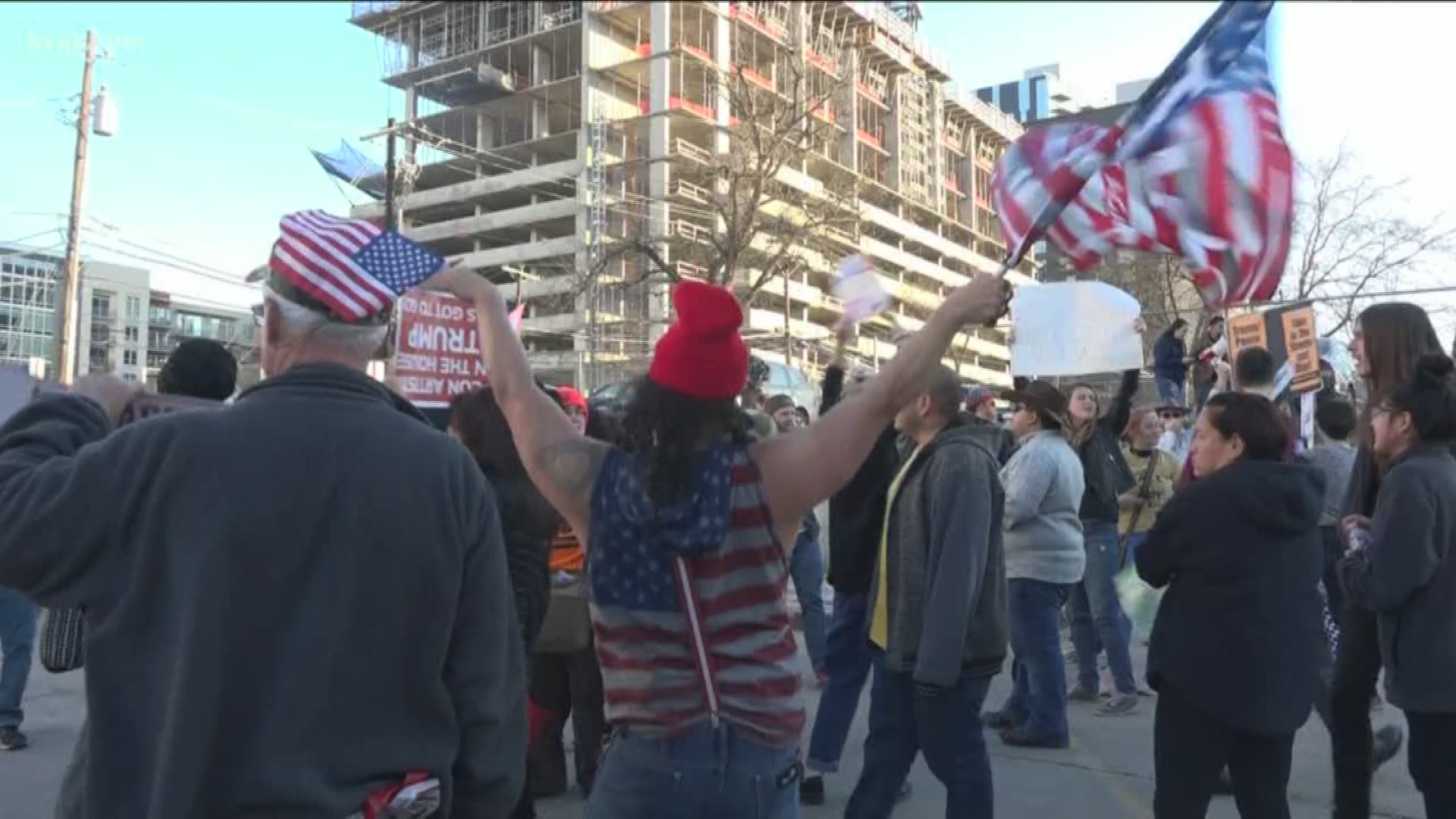 AUSTIN, Texas — Protesters gathered in Austin on Sunday in response to President Donald Trump visiting Austin to give a speech at the American Farm Bureau Federation convention.

The president delivered remarks around 5:30 p.m. in Exhibit Halls 2-3 of the Austin Convention Center, according to the AFBF Convention's schedule of events.

KVUE's Mike Marut found some pro-Trump and anti-Trump protests in the downtown area, starting around Cesar Chavez and Third Street.

RELATED: What to know about President Trump's Austin visit

One of the groups rallying, Direct Action Everywhere, called out both the Farm Bureau and President Trump.

“The Farm Bureau is in bed with Trump. He just gave them another ... $20 billion bailout ... and the animal agriculture industry lobbies the government to the tune of millions of dollars," Brian Wheat, the organizer of the rally, said.

The Direct Action Everywhere protesters started at Third Street and Trinity Street then moved on to Cesar Chavez Street in front of the Austin Convention Center. Across Third Street, the rally to support President Trump started as well – organized by Martha Doss – one of the leaders for Latinos for Trump.

“That’s one of the reasons why we form the rallies: to encourage other Hispanic conservatives that it’s okay to stand up for conservative values, for pro-life issues," Doss said. “Whenever I wear my MAGA hat or when I wear my Latinos for Trump shirt, that’s what it is – to show others that it’s OK to come out as a conservative.”

This will be the third year in a row that President Trump has spoken at the AFBF Convention. It is also the second time in less than three months that he has stopped in Austin. In November, he visited to tour the Apple manufacturing facilities. Police did not arrest anybody at the protests on Sunday. Back in November, Austin Police arrested at least one person.

The AFBF Convention started on Friday and will run through Wednesday.