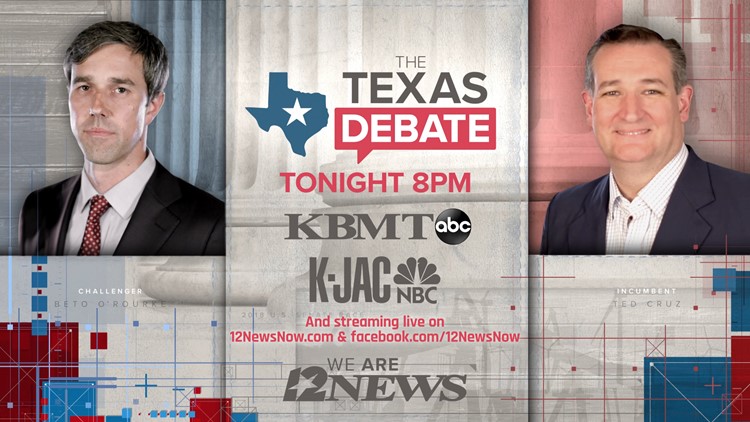 WHERE TO WATCH: The Texas Debate - Cruz vs. O'Rourke

You can watch The Texas Debate starting at 8 p.m. on Tuesday, Oct. 16, by joining 12News on any of the following platforms:

The debate will be one hour long. The candidates will stand at podiums in front of an audience selected by the campaigns. Questions will address both domestic and international issues. The moderators are Sarah Forgany of KENS 5 in San Antonio and Jason Whitely of WFAA in Dallas.

Due to the debate programming on KBMT-ABC and K-JAC-NBC will be preempted but will be aired early Wednesday morning so that viewers can either watch or set their DVR to record it.