Members of the film industry have threatened to stop TV and movie productions in Georgia if the controversial 'heartbeat' abortion bill is signed into law. 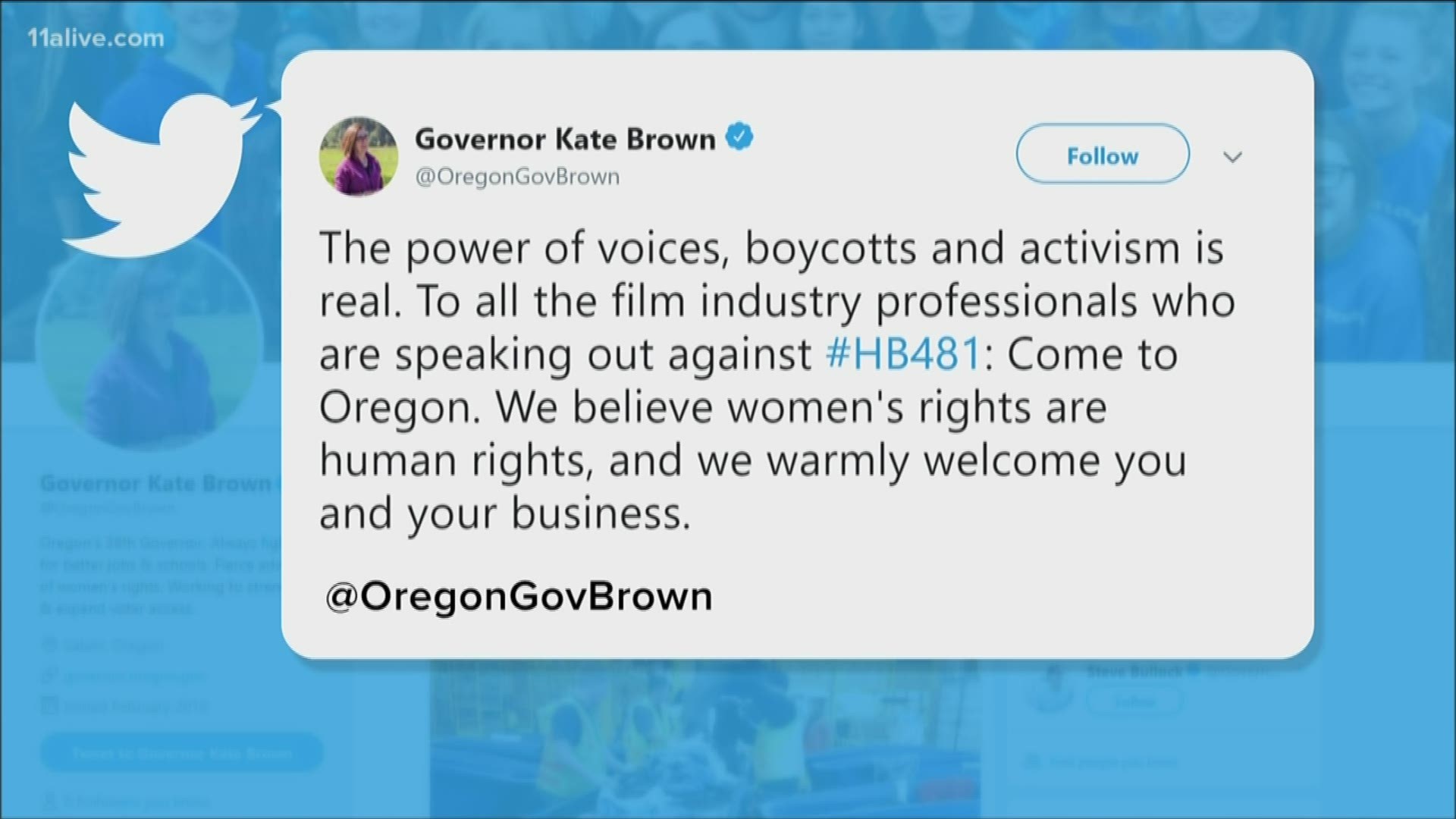 As Governor Brian Kemp contemplates signing the controversial “heartbeat” abortion bill into law, other states are lining up to offer tax incentives if the film industry moves out of Georgia.

On Tuesday, actress Alyssa Milano and dozens of industry workers stood on the steps of the State Capitol warning that industry jobs could be lost if the bill – which would outlaw abortions six weeks after conception – becomes law.

She mentioned that three other states have already stepped up to offer filming incentives – New Jersey, Michigan and Pennsylvania. Georgia, like other states, offers several financial incentives for film productions. Those incentives and other factors have helped Georgia become the Hollywood of the South over the past 10 years.

In a tweet, New Jersey Governor Phil Murphy said he would be meeting with film representatives in California to “make the case” to bring movie production to his state.

“Pennsylvania is a great place to do business and Governor Wolf is a strong supporter of a woman’s right to make her own health care decisions. He believes politicians should stay out of the doctor-patient relationship.”

Chicago is also throwing its hat into the ring. A letter sent to the CEO of Sony Pictures was signed by outgoing mayor Rahm Emanuel and cosigned by Illinois Governor JB Pritzker and New Jersey's governor. The letter advocated for filming in their states.

READ THE FULL LETTER SENT BY CHICAGO MAYOR AND COSIGNED BY ILLINOIS AND NEW JERSEY GOVERNORS:

To whom it may concern,

We are deeply concerned about the passage of HB 481 in Georgia, the adverse impact it will have on women in the state, and the message it will send at a time when women’s hard-won constitutional rights are under assault from reactionary, extremist forces across the country.

We stand with women and men in Georgia and across America who have stood up and spoken out against HB 481, including leaders in the film and television industry who have called for a boycott on current and future production projects in Georgia should the Governor sign this measure into law. As the Writers Guild of America noted in their condemnation of HB 481, “This law would make Georgia an inhospitable place for those in the film and television industry to work.”

By contrast, we not only offer the film and television industries diverse, cost-effective, and hospitable places to produce your work, we share your values and commitment to women’s equality.

New Jersey is considered the birthplace of the movie industry and has been the setting for hundreds of films and television productions. The Garden State offers a range of financial incentives including tax credits of up to 30 percent of production costs, a diversity of locations, unparalleled access, and a workforce that ranks among the greatest concentration of film and television professionals outside of Hollywood.

We agree the industry should align your values with where you spend your money and boycott states not aligned with your progressive ideals. When those values are under attack, you have the responsibility and opportunity to leverage your power to make a difference.

Our cities and states are home to some of America’s most creative, hard-working, and innovative production professionals. While we stand together in defense of the rights of our residents, we respectfully invite you to consider our locations for your future productions.

The controversial "heartbeat" abortion bill has also been opposed by major companies in Georgia, including Coca-Cola and Amazon. A group of nearly 90 Georgia business professionals sent an open letter to the General Assembly stating their opposition.

The Writers Guild of America also sent an open letter warning that it could be “entirely possible” for the entertainment industry to leave Georgia if the bill is signed into law.

On Wednesday, Georgia’s Lieutenant Governor Jeff Duncan said he is not afraid that Georgia will lose its reputation as a good state for business anytime soon.

Credit: WXIA
Georgia's Lieutenant Governor Jeff Duncan believes Georgia will remain a business-friendly state in the face of threats from the entertainment industry to pull productions out of the state.

“I’m a policy over politics guy. I think that getting the policy right – and the heartbeat (bill), in my opinion and I believe the majority of Georgian’s opinions that we are getting the policy right – is something that is more important to me than the politics right now,” Duncan said. “We will continue to put our best foot forward. I think Georgia is a great business-friendly state to do business in, we are going to continue to look for ways to put the message out there to all industries.”