Secret recording of Speaker Dennis Bonnen is out

The CEO of Empower Texans released the full audio he secretly recorded, where Bonnen offers him a quid pro quo to target Republican incumbents. 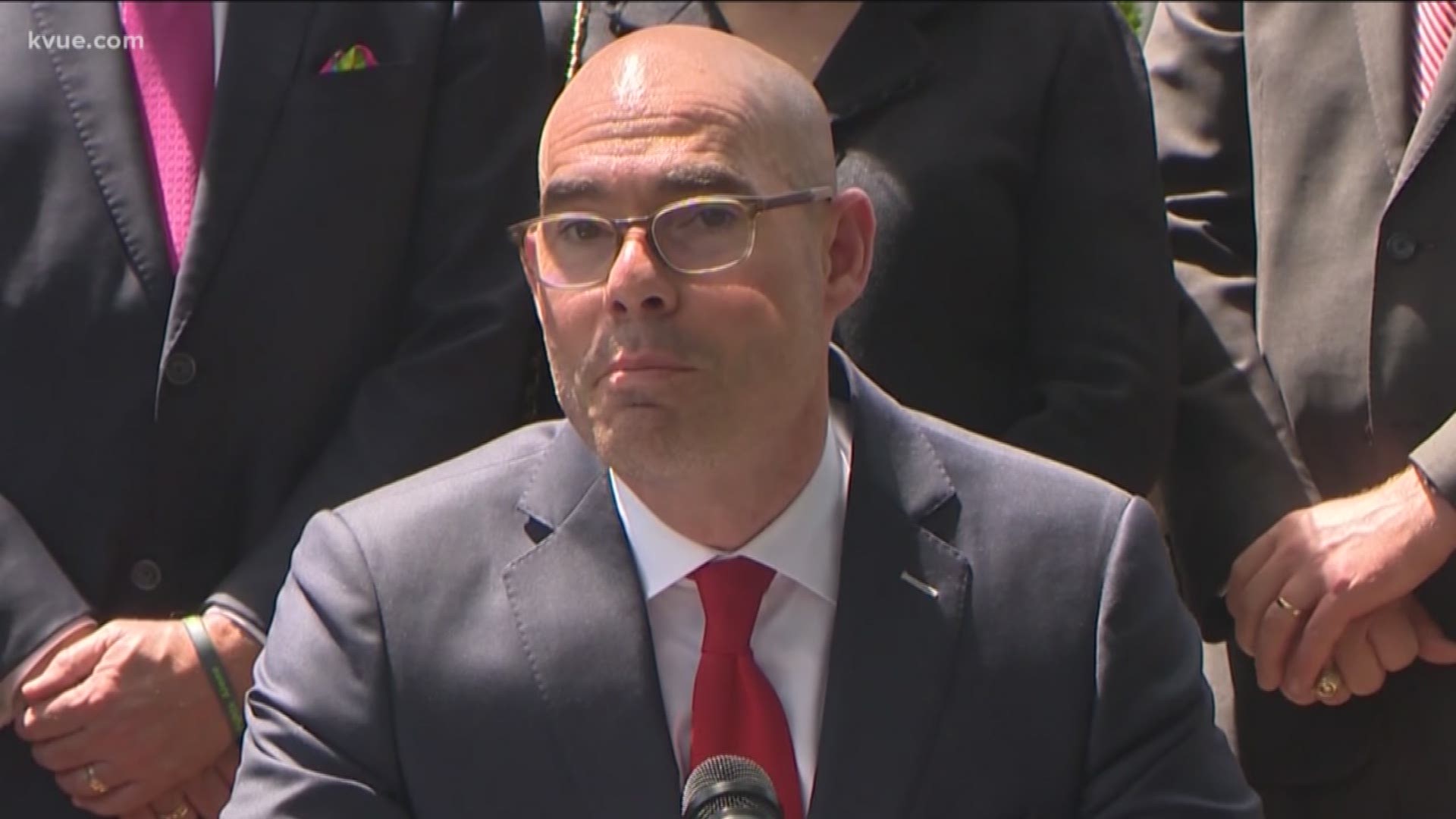 AUSTIN, Texas — The full recording of a secret meeting between the Texas House Speaker, a representative and the CEO of a conservative group has been uploaded to the CEO's website, TexasScorecard.com, Oct. 15.

On Tuesday, Michael Quinn Sullivan announced plans to release the full recording on his group's website.

The full, hour-long recording, which can be found at the bottom of an article titled, "Hearing Bonnen's Deceit," was edited into pieces throughout the article.

In one part of the conversation, Bonnen allegedly said, in reference to Sullivan's writers, "I'll put your guys on the floor next session."

After the recording was posted, Bonnen released a statement to the media.

“I have repeatedly called for the recording to be released because it will be immediately clear that no laws were broken. This was nothing more than a political discussion – the problem is that I had it with that guy," Bonnen said. "My colleagues have always deserved the facts and context this recording provides, and with clear evidence now disproving allegations of criminal wrongdoing, the House can finally move on.”

Accusations were flying before the recording was released.

"At that June 12th meeting in Bonnen's Capitol office, it's alleged that there was a quid pro quo, meaning that Bonnen offered Michael Quinn Sullivan – who's a big critic of Bonnen and a lot of GOP leaders – that he was offered media credentials for his website, which has been denied media credentials for the last couple of years, in exchange for them going easy on the legislators after this last session. Meaning, refraining from criticizing and then also targeting a list of 10 fellow Republicans that they should go after in next year's primaries," said Dallas Morning News Statehouse Reporter James Barragan.

Travis County GOP Chair Matt Mackowiak listened to the recording and told KVUE what he heard back in August.

"I went in, you know, understanding Sullivan said one thing happened and Bonnen denied it and so I thought the truth would be somewhere in the middle," Mackowiak said. "The truth was really right at the end of where Sullivan described it."

The conversation has become the subject of news articles, a lawsuit, a House General Investigating Committee hearing, a Texas Rangers investigation, Twitter spats and a dark cloud over Bonnen.

"The real question, for now, is the political question," Barragan said. "You know, if people can't trust you, can you be Speaker of the House again and can you be the Republican Caucus Chairman again?"

The answer to the latter question proved to be no: Rep Burrows resigned as Caucus Chair in August.

As for Bonnen's future as speaker, some say it heavily depends on the recording.

‘No one's given me the time of day.’ | Circle K gas customer frustrated over diesel mishap that cost her over $1,000