The president was asked by reporters about the situation on Tuesday. 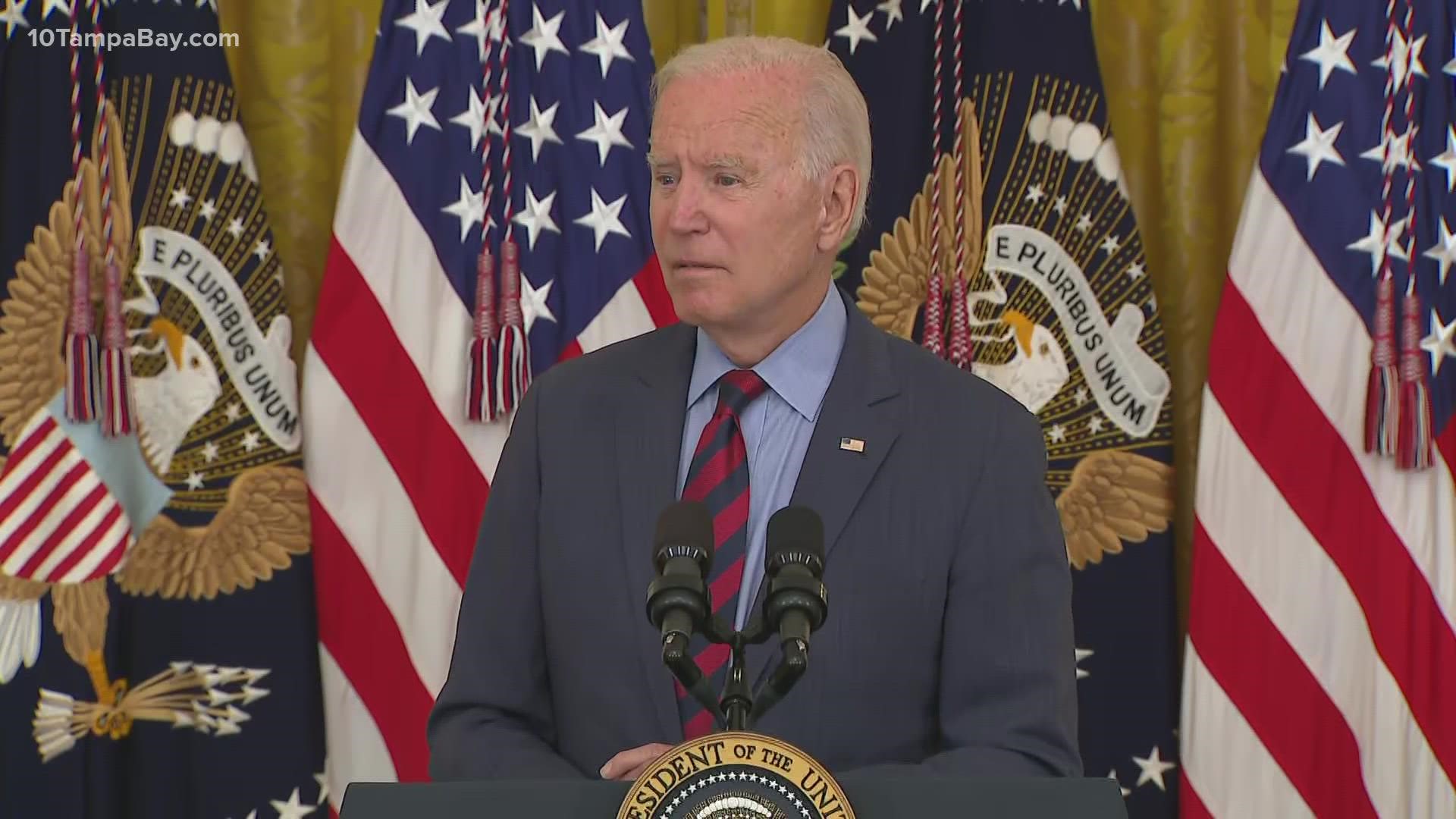 "Look, what I said was if the investigation of the attorney general concluded that the allegations were correct, that, back in March that I would recommend he resign. That's what I'm doing today," President Biden said during a news conference.

The president's comments came after New York Attorney General Letitia James announced the findings of a probe by two outside lawyers. The investigation determined the Cuomo administration created a “hostile work environment” and that was “rife with fear and intimidation.”

Cuomo is accused of inappropriately touching and sexually harassing women who worked with him or ones he met at public events.

The governor remained defiant Tuesday following the investigation’s findings, saying that “the facts are much different than what has been portrayed” and appearing to reject calls to resign.

"I'm sure there are some embraces that were totally innocent. But apparently, the attorney general decided there were things that weren't," President Biden said.

The president said he was unsure if New York lawmakers would try to pursue impeachment proceedings.

"The conduct by the governor outlined in this report would indicate someone who is not fit for office," Heastie said.

"Sexual harassment is unacceptable in any workplace, and certainly not in public service," Hochul tweeted. "The AG’s investigation has documented repulsive & unlawful behavior by the governor towards multiple women. I believe these brave women & admire their courage coming forward."

Hochul said nobody was above the law.

"Under the New York Constitution, the Assembly will now determine the next steps," she added. "Because Lieutenant Governors stand next in the line of succession, it would not be appropriate to comment further on the process at this moment."

Our sister-station, WGRZ, contributed to this report.