With about 90 days left in the legislative session, Texas lawmakers have turned their focus to the recent power crisis. The first hearings were held this past week. 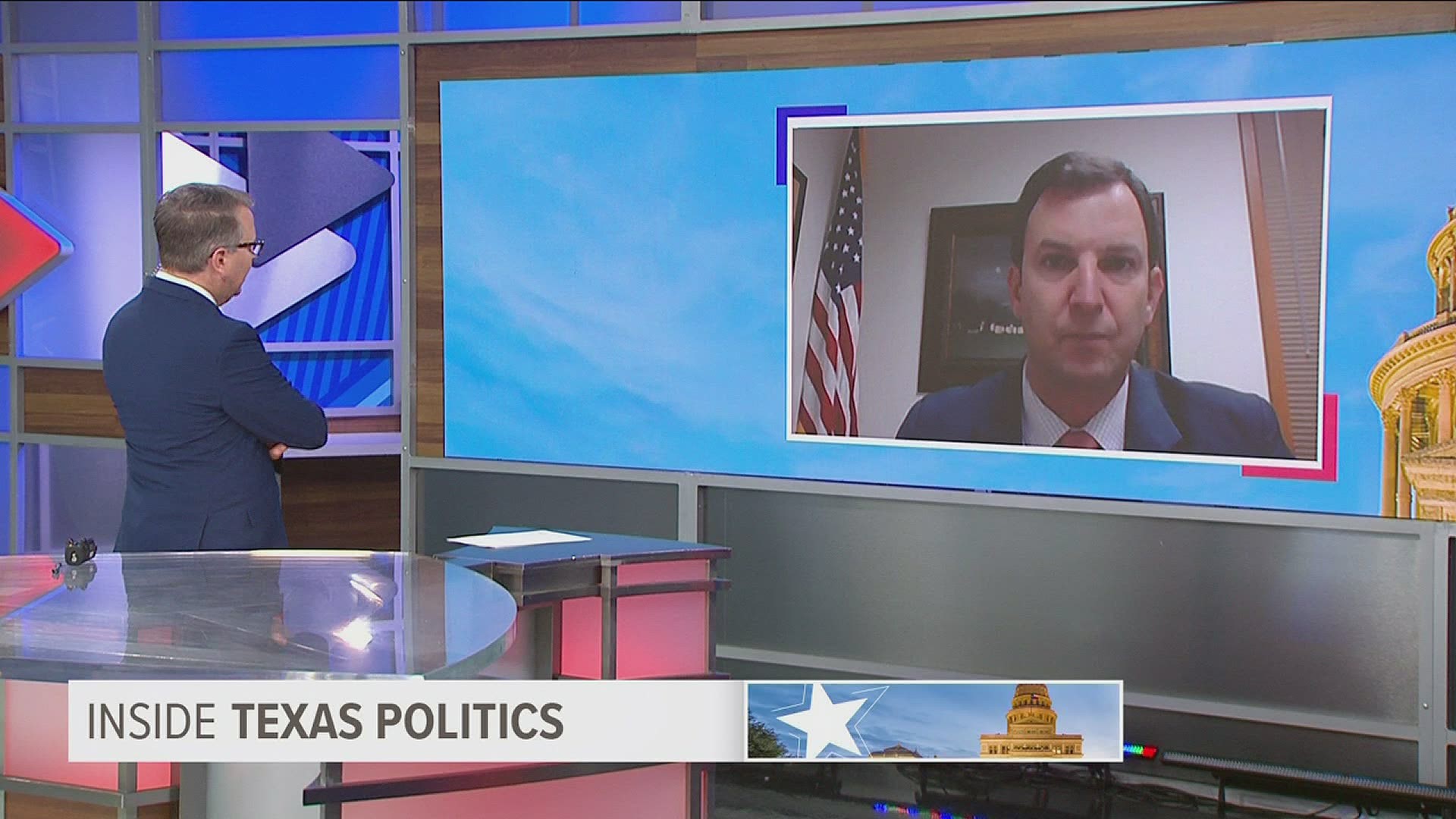 Texans’ focus is on the state's broken energy infrastructure and how to fix it. State lawmakers heard a lot during two days of hearings in Austin last week.

One of the state’s top leaders, House Speaker Dade Phelan, joined Inside Texas Politics to discuss what happens next.

Phelan is a Republican from Beaumont representing House District 21.

Phelan said he will ensure any bills proposed will move quickly for a vote given there are just three months left in the session.

He also said that lawmakers anticipate having to come back for a special session in the summer or fall to complete redistricting based on Census numbers. That special session, Phelan said, could give lawmakers another chance to pass a bill related to the power issues as well.

The clock is ticking on Texas lawmakers. They have 90 days or so left in the legislative session, and this brand-new problem to fix.

One of the people to play a major role is state Rep. Craig Goldman. He's a Republican from Fort Worth who chairs the House Energy Resources Committee.

Goldman called the hearings just the beginning of the process for discovering solutions to prevent a future energy crisis. He said the hearings this past week gave committee members a chance to ask energy executives tough questions.

One of the most common themes and the issue lawmakers may focus on fixing: communication. Goldman said the theme from every person who testified was the need to improve communication to the 29 million people living in Texas.

Specifically, Goldman said, people were told there would be rolling blackouts, but what actually happened was much longer, something that was not clearly explained.

The number of COVID-19 cases is going down in Texas. However, vaccinations rates seem to be creeping along at a snail's pace.

Dallas County Judge Clay Jenkins has been at the forefront dealing with the pandemic since it began 11 months ago.

Jenkins joined Inside Texas Politics to talk about current immunization efforts and recent changes. One of those: the opening of new FEMA vaccination sites. Three across Texas, including one in Dallas at Fair Park and one in Arlington.

The federal sites are focused on reaching underserved communities, Jenkins said. In Dallas County, that means there are 21,000 weekly doses aimed at helping 17 hardest hit zip codes, as well as people who live in census tracts with high poverty rates (75-100% of the population in that tract).

Jenkins also said the county expects to receive 6,000 doses of the Johnson & Johnson vaccine, which requires only one dose. He said those doses will be used for people in jails, inpatient addiction and mental health facilities, and the homeless population.

The FDA approved the emergency use authorization of the Johnson & Johnson vaccine Saturday after expert advisors recommended it be approved late Friday. Doses could ship as soon as Monday.