"I ask for your support as we work together to position our state for continued growth and prosperity.” 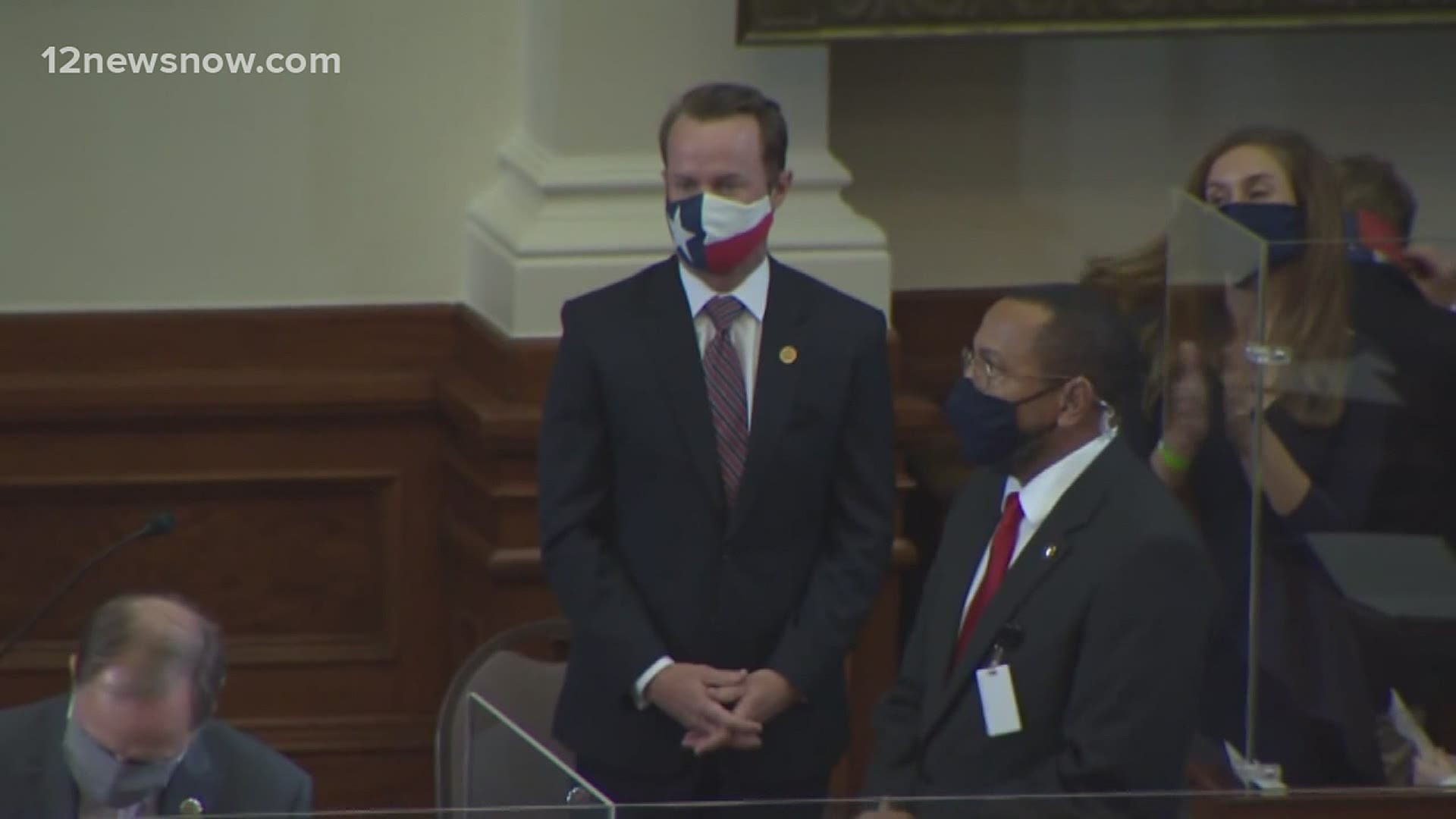 BEAUMONT, Texas — Speaker Dade Phelan, Beaumont republican, announced Monday that he will seek re-election of House District 21 in the Texas House of Representatives.

This will be his fourth term since assuming office in 2015. State representatives serve 2-year terms.

“Our work with this past session will improve the lives of everyday Texans,” Phelan siad in a recent press release. “The Texas House led on criminal justice reform issues, healthcare affordability, police funding and addressing winter storm Uri’s long-term impact on our state.”

Phelan was first elected to the Texas House of representatives in 2014. Prior to election as Speaker, Phelan served as Chair of the House Committee on State Affair, as Vice-Chair of the Natural Resources, and as a member of the Calendars Appropriations, and Election Committee.

“Landmark legislation” was passed that protected many freedoms this session, Phelan said.

“This was one of the most conservative sessions in our state history,” he said. “We passed landmark legislation that protects businesses, taxpayers, the unborn, religious freedoms and second amendment rights.”

A budget that will fund public education, healthcare needs and more was also passed by the House, Phelan said.

A recent press release said that at the local level, Phelan helped secure tuition reductions and millions of dollars in funding for higher education, which will have a positive impact on Lamar University and Lamar State Colleges.

“I am grateful to my neighbors in Southeast Texas and to my fellow members of the legislature who have placed their trust in me,” Phelan said. "I ask for your support as we work together to position our state for continued growth and prosperity.”