“Just sent Briscoe Cain a large donation for standing up for our rights and the 2nd Amendment!" 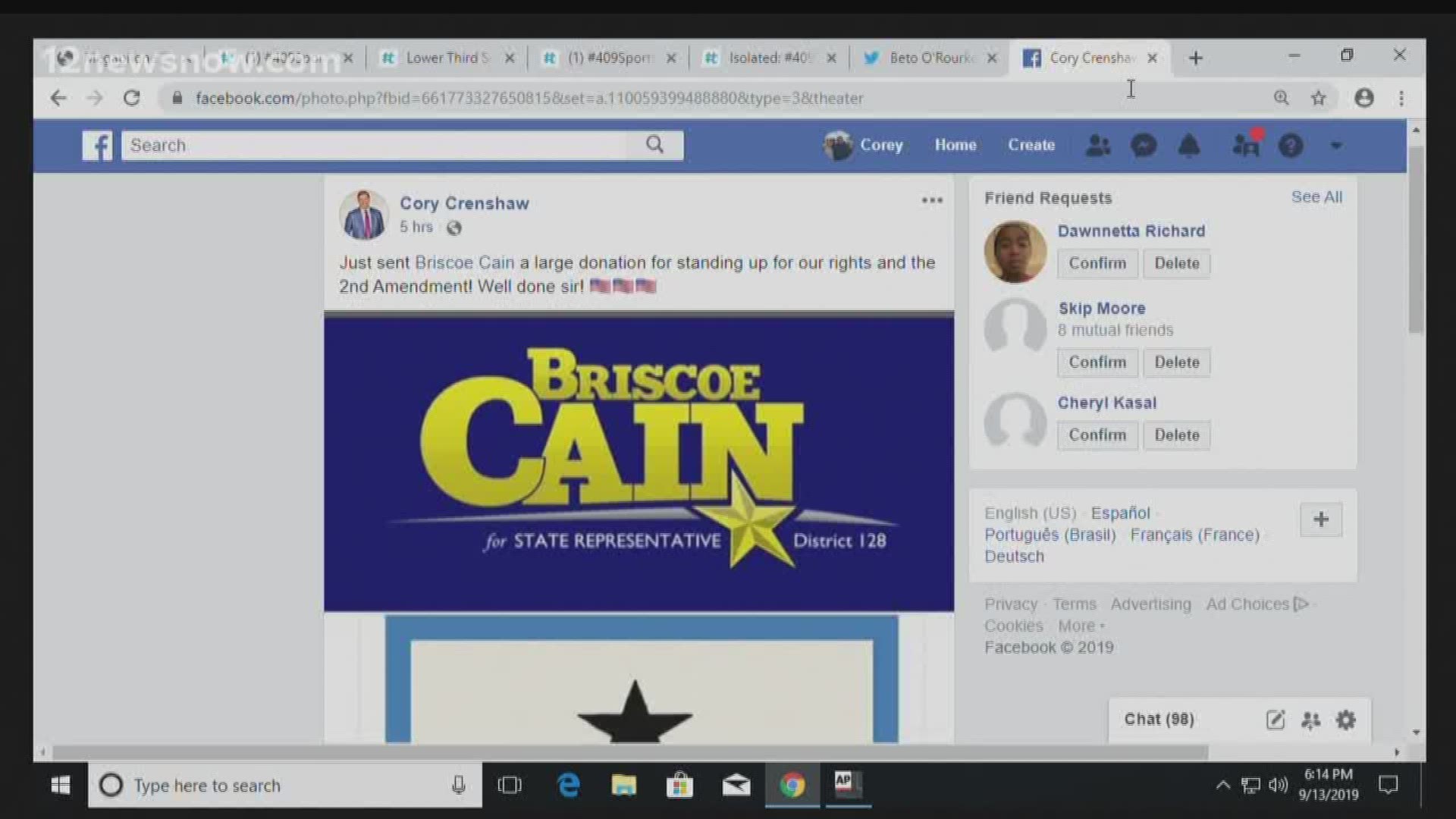 A former Jefferson County district attorney and federal prosecutor has thrown his support behind the campaign of a Texas representative who got into a bit of a Twitter battle with Democratic presidential candidate Beto O’Rourke following last night’s debate.

Beaumont attorney Cory Crenshaw made a Facebook post Friday afternoon saying that he had just made a “large donation” to the re-election campaign of Texas Representative Briscoe Cain.

Cain, of Deer Park, who is also an attorney, is running for re-election in District 128.

“Just sent Briscoe Cain a large donation for standing up for our rights and the 2nd Amendment! Well done sir!,” Crenshaw’s post read.

It all started during the Thursday night’s Democratic presidential debate held at Texas Southern University in as the candidates talked about mandatory gun buybacks in the wake of recent mass shootings.

“Hell yes, we are going to take your AR-15, your AK-47. We're not going to allow it to be used by fellow Americans anymore,” O’Rourke said.

Cory Crenshaw
Just sent Briscoe Cain a large donation for standing up for our rights and the 2nd Amendment! Well done sir! 🇺🇸🇺🇸🇺🇸

Cain upped the ante when he posted a now-deleted tweet, “My AR-15 is ready for you, Robert Francis.” In response to O’Rourke’s declaration.

O’Rourke retweeted that calling it a “death threat.”

Beto O'Rourke on Twitter
"This is a death threat, Representative. Clearly, you shouldn't own an AR-15-and neither should anyone else."

“The idea that taking guns away from law-abiding citizens is somehow the answer to these violent tragedies is ridiculous,” Crenshaw told 12News Friday afternoon.

"We need to encourage lawful gun possession and pass a nationwide concealed carry law. The best defense to a madman with a gun is a good guy with a gun. I applaud State Rep. Cain and others who want to protect and defend the 2nd Amendment,” Crenshaw said.

Cain told KHOU 11 a friend messaged him about O’Rourke’s remarks and he felt the need to react.

“I mean, this is America, and we’re in Texas," Cain said. "And if the government was to come and maybe demand a couple of my guns, or all of them, I would still have more left because they’re never going to get them.”