The "For the People Rally" took place Sunday evening on the south steps of the Texas Capitol. 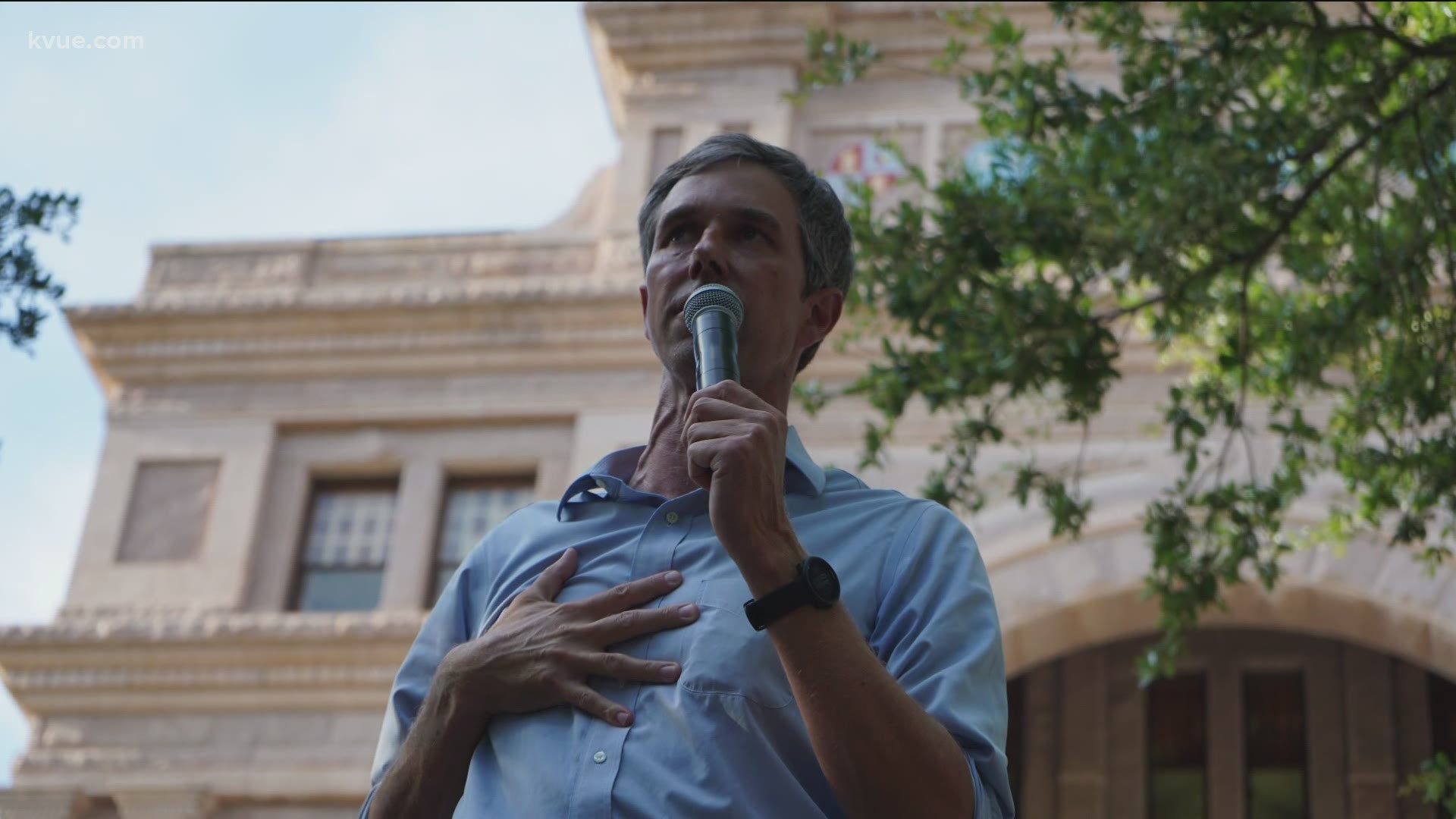 AUSTIN, Texas — Former U.S. Rep. Beto O'Rourke was at the Texas State Capitol on Sunday for a voter outreach rally.

The "For the People Rally" took place at 5:30 p.m. on Sunday evening on the south steps of the Texas Capitol.

You can watch the event here:

The U.S. Senate is expected to vote on the For the People Act in the coming days. Supporters of the bill say it would expand voter access, reduce influence of money in politics, limit partisan gerrymandering and create new ethics rules for federal officeholders.

O’Rourke has been touring Texas ahead of Sunday’s final rally in Austin, visiting at least 19 cities this month.

For O’Rourke, it’s the most he’s traveled around Texas since his 2018 U.S. Senate campaign, which he narrowly lost to Sen. Ted Cruz. The campaign has fueled speculation of a 2022 gubernatorial campaign, but O’Rourke has been in no hurry to announce his exact plans.

“It looks like the United States Senate will debate and vote on the ‘For the People Act,’ I hope, at the end of June. If we’re able to get that passed, then I’m going to start thinking about what else is that I can do to be helpful here in Texas," he told KVUE’s sister station in Dallas this month.

Meanwhile, his fellow Democrats have taken their fight for voting rights legislation to Washington after temporarily blocking SB 7, the Republican-backed elections reform bill, in the Texas Legislature.

While state Democrats have blocked the passage of SB 7 for now, Gov. Greg Abbott plans to revive the bill in a special legislative session.

The bill in its most recent form would add limits to early voting, ban drive-thru voting and further tighten vote-by-mail rules. It would also allow a judge to void an election outcome if the number of fraudulent votes could change the result, regardless of proof that the outcome was affected by fraud. The bill would add felony charges to those who sent applications to vote by mail to people who did not specifically request one.

At the federal level, the For the People Act remains unlikely to pass the U.S. Senate without GOP support or a repeal of the filibuster. However, the narrower John Lewis Voting Rights Act, which would require changes to state elections laws to go through federal approval, could still garner enough votes to become law. O’Rourke and Texas Democrats have indicated support for both bills.

Austin-Travis County EMS reported that it treated multiple people at the event Sunday for heat-related illness. However, none of those treated were transported to the hospital.

Grid operator says Texans can return to regular electricity use