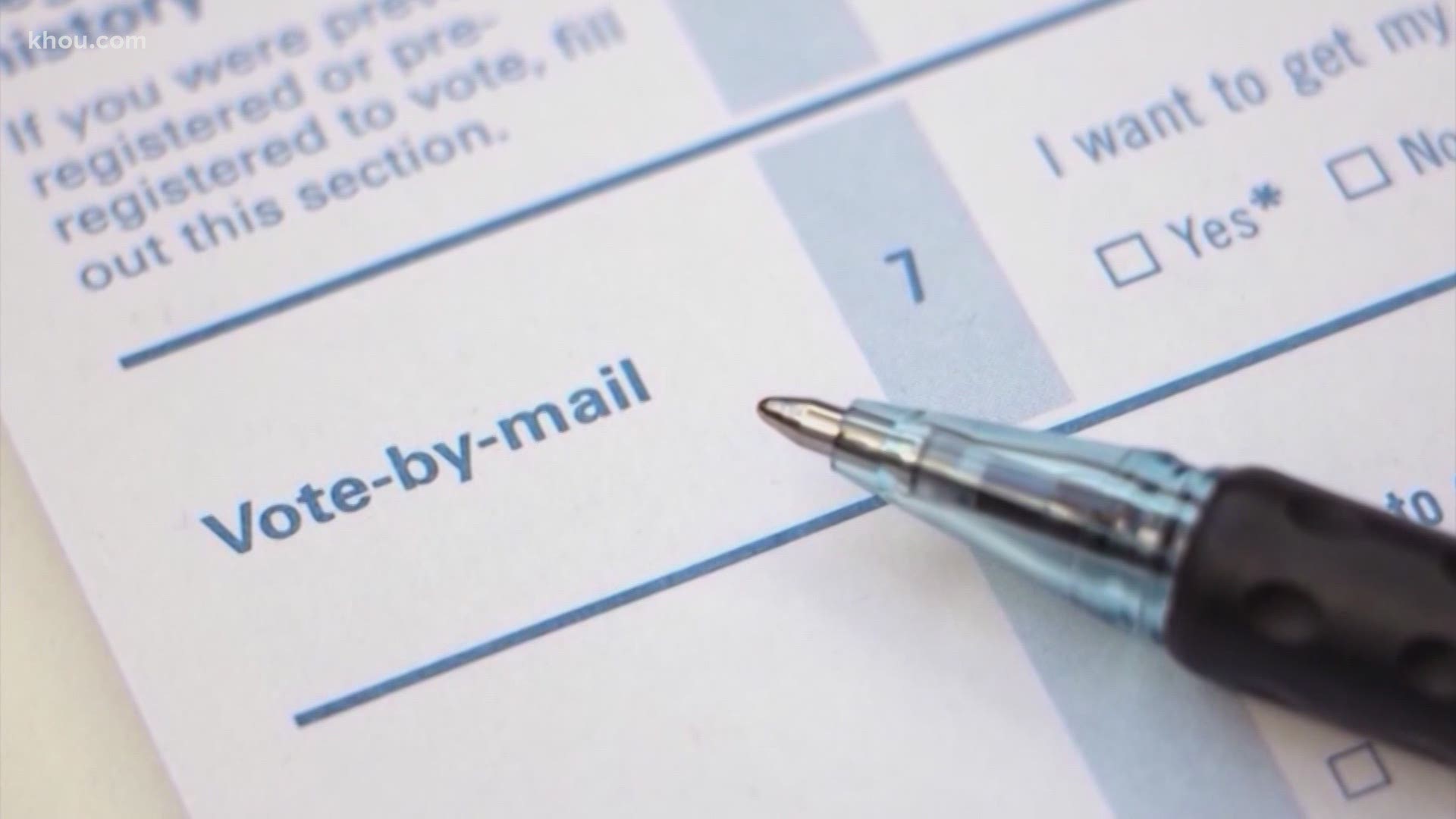 HARRIS COUNTY, Texas — A state district judge on Friday ruled that Harris County can move forward with its plan to send every registered voter an application to request a mail-in ballot for the November general election.

Two days after a video conference hearing, Judge R.K. Sandill rejected the Texas attorney general’s request for a temporary injunction blocking the plan. In his ruling, Sandill shot down the state's claim that Harris County Clerk Chris Hollins was acting outside of his authority by sending out the applications and that the move would harm voters.

"The Legislature has spoken at length on the mechanisms for mail-in voting. There are no fewer than 42 Election Code provisions on the subject," Sandill wrote. "In those provisions, the Legislature has made clear that in order to vote by mail a voter first 'must make an application for an early voting ballot.' But, as to how the voter is to obtain the application, the Election Code is silent."

The judge’s order, which is certain to be appealed by the state, means Harris County can proactively send out applications — which voters would otherwise have to request or find online — to all 2.4 million registered voters on the county’s voter roll. The county previously agreed to wait for five days after Sandill’s ruling to begin mailing out the applications.

The faceoff between Texas’ Republican leadership and the state’s largest county, where elections are currently run by a Democratic county clerk, is the latest clash over voting during the coronavirus pandemic. Up to now, the state has resisted making many changes to its voting processes and has largely fended off efforts to force an adjustment to its rules through the courts.

Harris County has faced intense criticism from Texas Republicans since announcing it would go well beyond its initiative from the July primary runoffs when it sent applications to every registered voter in the county who is 65 and older — an initiative several other counties are now taking on ahead of the November general election. Under Texas law, those voters automatically qualify for a ballot they can fill out at home and mail-in or drop off at their county elections office.

The mailing plan provoked a rare threat of litigation from the Texas secretary of state over concerns it could cause confusion among voters who receive the applications but are not eligible, and clog up the county’s vote-by-mail infrastructure to the detriment of voters who are eligible for absentee ballots. But the lawsuit filed by the Texas attorney general in Harris County actually centered on an argument that county clerks are only “expressly empowered” by the Texas Election Code to send out applications to voters who request them. By that standard, Hollins is trying to act beyond his authority, the state argues.

Sandill found that the requirement for a clerk to provide applications upon request does not "preclude the clerk" from proactively sending out the applications. And he described the state's objection to the wider mailing plan — and not the mailing of applications to voters 65 and older — as ironic and consistent.

During a virtual hearing Wednesday, Hollins presented the proposed mailer and detailed to the judge how it would be accompanied with guidance on who is eligible to vote by mail. In fact, Hollins said, prospective voters would first see those instructions on the top flap of the packet before getting to the application.

And attorneys for the county also argued that there was no state law that prohibits a local election administrator from proactively sending out applications.

“The Legislature knows how to write a prohibition when they want to,” said Susan Hays, who represented Harris County during the hearing. “There’s not a prohibition on doing something extra. They’re wrong about the code for that reason.”

But most of the discussion throughout the hours long hearing was guided by Sandill’s questioning on whether the state was providing sufficient evidence that it would be imminently harmed or face irreversible damage by the mailing of the applications.

State attorneys and Keith Ingram, director of elections for the Texas secretary of state, raised concerns that Harris County was “walking” voters into committing a felony by sending out applications to voters who may ultimately not be eligible.

“We know from experience that not that many people fall into the other vote by mail categories,” Ingram said.

Texas has fought to keep in place its strict eligibility rules for mail-in ballots, which limit such ballots to voters who are 65 and older, voters who will be out of the county during the election period, voters confined in jail but otherwise eligible, or voters who cite a physical condition or illness that makes a trip to the polls a risky endeavor.

While lack of immunity to the new coronavirus alone doesn’t qualify a voter for a mail-in ballot based on disability, a voter can consider it along with their medical history to decide if they meet the requirement.

“If you send out unsolicited applications for ballots by mail as a government official to persons who are not eligible to vote by mail, some portion of them are going to be misled into thinking they do qualify because the government sent me an application and they will put false information on that application,” Ingram testified.

Ingram echoed an Aug. 27 letter he sent to the county demanding it retract its mailing plans, citing a provision of state law that gives the secretary of state’s office power to take such action to “protect the voting rights” of Texans from “abuse” by local officials responsible for administering elections.

In his ruling, Sandill said the contention that Hollins' plan would harm voters' rights, as the secretary of state's office claimed, "rings hollow." He found the state had not offered any evidence to support that claim, pointing to the guidance for eligibility the county was including in its mailer.

"The Texas Supreme Court has instructed that the decision to apply for a ballot to vote by mail is within the purview of the voter," Sandill wrote. "This Court firmly believes that Harris County voters are capable of reviewing and understanding the document Mr. Hollins proposes to send and exercising their voting rights in compliance with Texas law."

Sandill previewed he was not convinced by the state during the hearing when he pointed out to state lawyer Charles Eldred that the state was not suing on behalf of Texas voters who Ingram worried could be misled. Pressed by Sandill later in the hearing, Eldred indicated the state would be harmed by the mailing of unsolicited applications that could not be recalled under the direction of a clerk the state argues does not have the authority to mail them.

(Under an agreement between the state and the county, applications to voters under 65 have not yet been mailed.)

“You’re saying the act [of sending out applications] in and of itself is the harm,” Sandill told Eldred. But Ingram’s testimony indicated otherwise, he said. “What was conveyed to me is the act is not the harm. It was the misleading of the voter that was the harm…I’m trying to figure out which train to take.”

Disclosure: The Texas secretary of state has been a financial supporter of The Texas Tribune, a nonprofit, nonpartisan news organization that is funded in part by donations from members, foundations and corporate sponsors. Financial supporters play no role in the Tribune's journalism. Find a complete list of them here.

This story was originally published at TexasTribune.org. The Texas Tribune is a nonprofit, nonpartisan media organization that informs Texans — and engages with them — about public policy, politics, government and statewide issues. 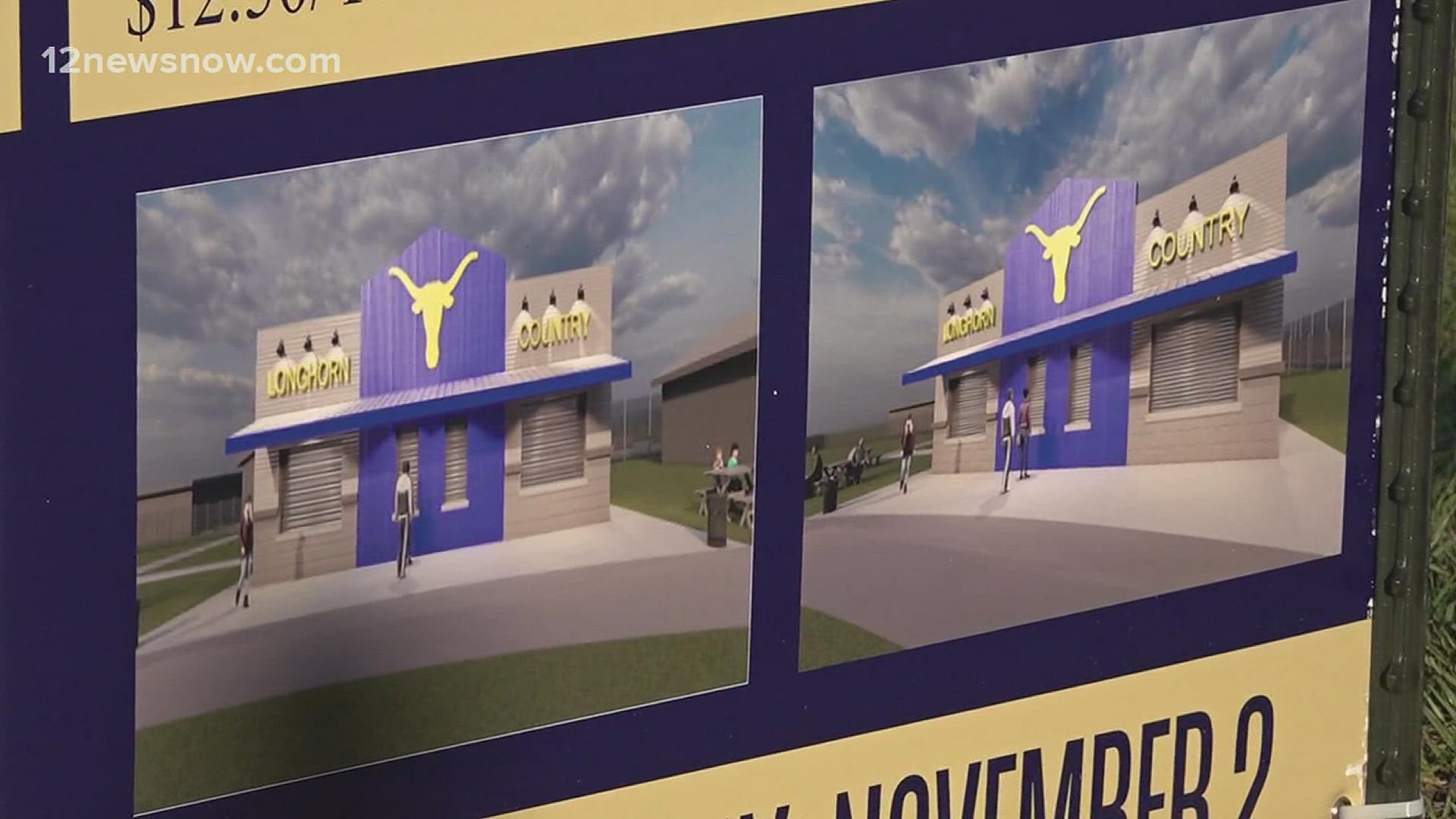