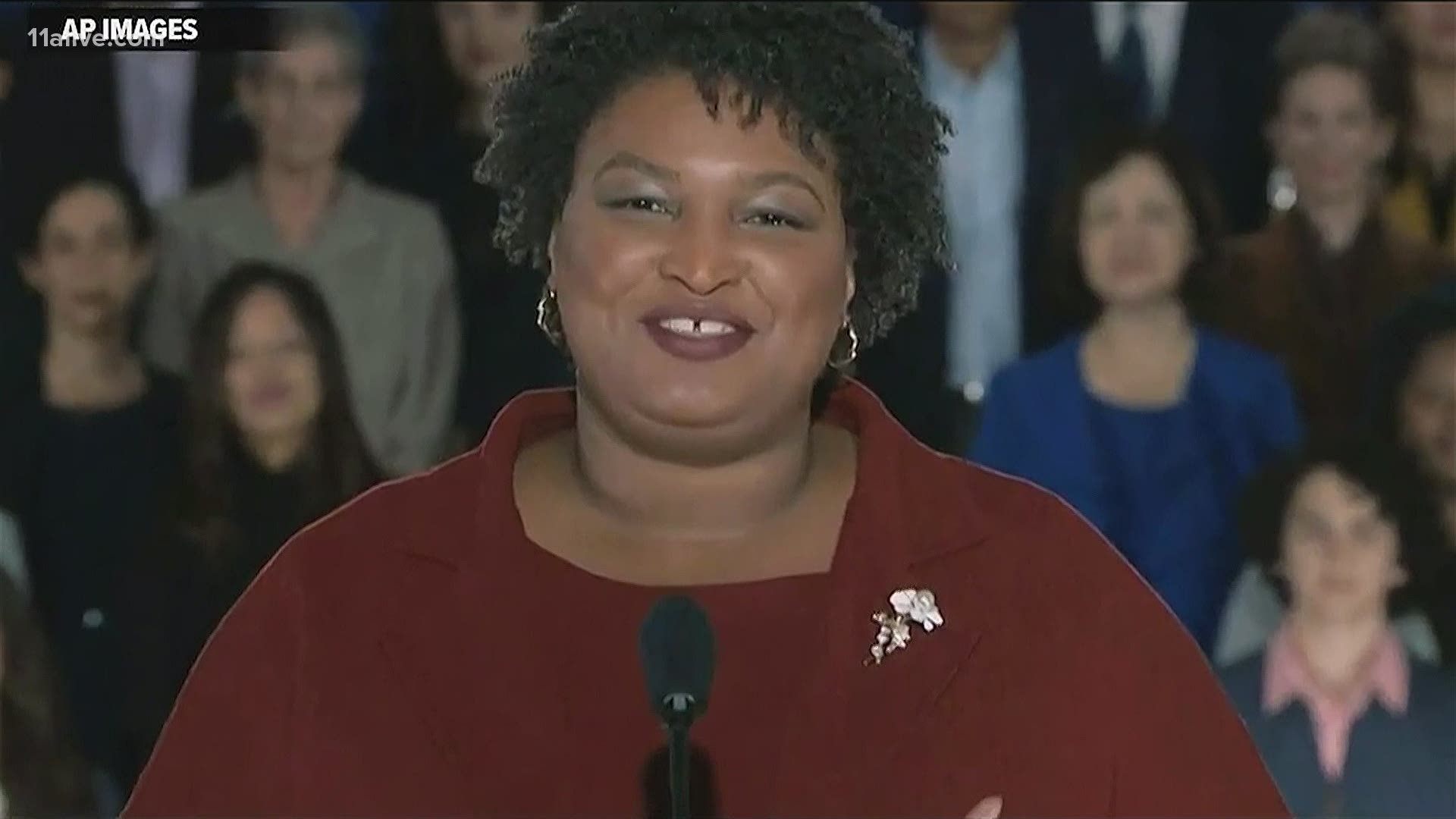 ATLANTA — Democrats from across the country are crediting former Georgia gubernatorial candidate Stacey Abrams for laying the ground work to help potentially flip Georgia from red to blue.

“Stacey is a Leader indeed,” the entertainer said.

Abrams, the former Georgia House minority leader, is the founder of Fair Fight Action, which has registered nearly half a million voters empowering the young and minorities during her ultimately unsuccessful run for Georgia governor in 2018.

In September 2019, she predicted Georgia would be a major battleground state in the race for the presidency.

“This state is entirely likely to flip," she said. "But what I want to ensure is that this is not a could-have. It is going to be a will-do,” Abrams said. “Georgia is not only a purple state, it is a deeply competitive state and has been for a couple of cycles.”

The impact of her work over the past decade could potentially help elected a Democratic president in Georgia for the first time in 28 years.

That includes the possibility of two U.S. senate run-offs that could decide who controls congress.

“The work that has been led by people like Stacey Abrams to register voters, to expand voting rights in this state, we’re now seeing that change has come to Georgia,” said Jon Ossoff in a press conference Friday morning. He’s the Democratic candidate in a tight race with Republican incumbent Sen. David Perdue.

And thank YOU, Stacey. Thank you. https://t.co/6ZgjYWi6Iu

Stacey is a Leader indeed! God bless all who are working their butts off to do what is right! https://t.co/YR8RlDOG5R

“I knew that this day was coming," she said. "It wasn’t a matter if, but when. We are here. And it couldn’t be at a more appropriate moment for a more important election."

Throughout the day, people in the Black community on social media named the day, “Stacey Abrams Appreciation Day.”

Abrams declined to be interviewed, but released a video statement on Instagram and on Twitter thanked several voting rights organizations for their work, including the late Georgia Congressman John Lewis.