West said he plans on being an active member in the community and will continue to promote several of the things that he focused on in his campaign. 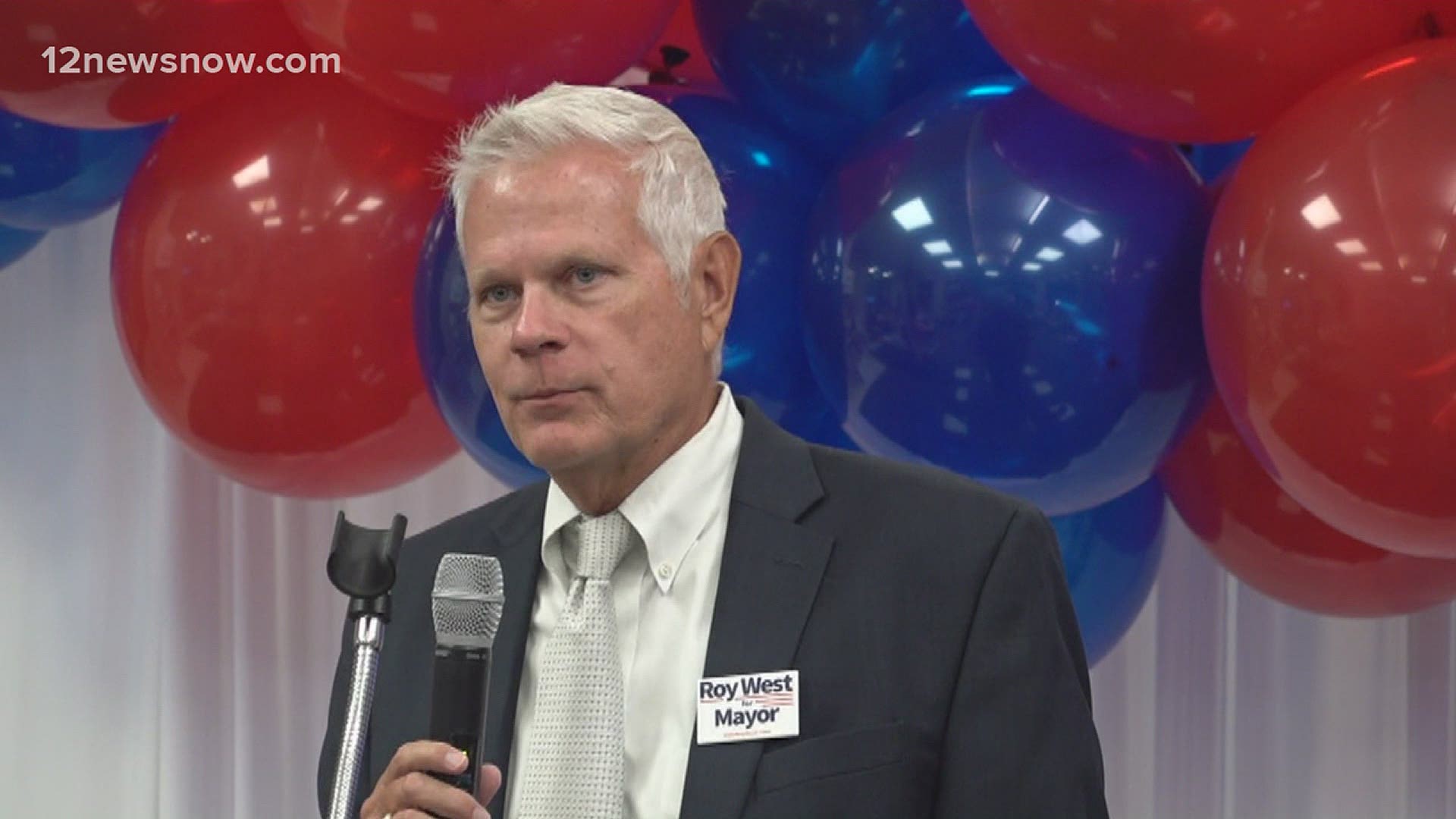 BEAUMONT, Texas — Dozens of Roy West’s supporters were at the Edison Plaza in support of his campaign.

Despite all this support, the results came back earlier today and Robin Mouton will not only be the new mayor of Beaumont, Texas.

Mayor-elect Mouton is making history. She will first Black female mayor of Beaumont.

West lost by a little more than 600 votes.

“I am obviously disappointed,” West said. “However, I am still very grateful to all the residents of Beaumont for showing up and voting. It was a great turnout. When you are in an election, there is a winner and the loser. Tonight, I fell on the loser side.”

Among the issues that he ran on was improving the city’s infrastructure and efforts to revitalize Beaumont and make it attractive for the next generation.

West conceded more than an hour ago.

“I have enjoyed this opportunity, and I appreciate all the support I did get,” he said. “This doesn’t make my feeling toward Beaumont change in anyway. It is a great city, a great place to live and it has been great to me. I am going to continue to be here to support our wonderful city.”

In his speech, he thanked his supporters for turning out and also congratulated Mayor-elect Robin Mouton.

He also encouraged others in the community to support her and the new city council as they try to move the city forward.

“I want us to get behind our new council and show the support that we ought to be showing,” West said. “We all want a better Beaumont. Whoever is mayor or on council, it does not happen with just them, it takes people wanting a better Beaumont. I believe we can get there.”

West said he plans on being an active member in the community and will continue to promote several of the things that he focused on in his campaign.

West told 12News that it is too early to say whether he will run again or not.