Misty Songe is the new mayor of Vidor, Texas 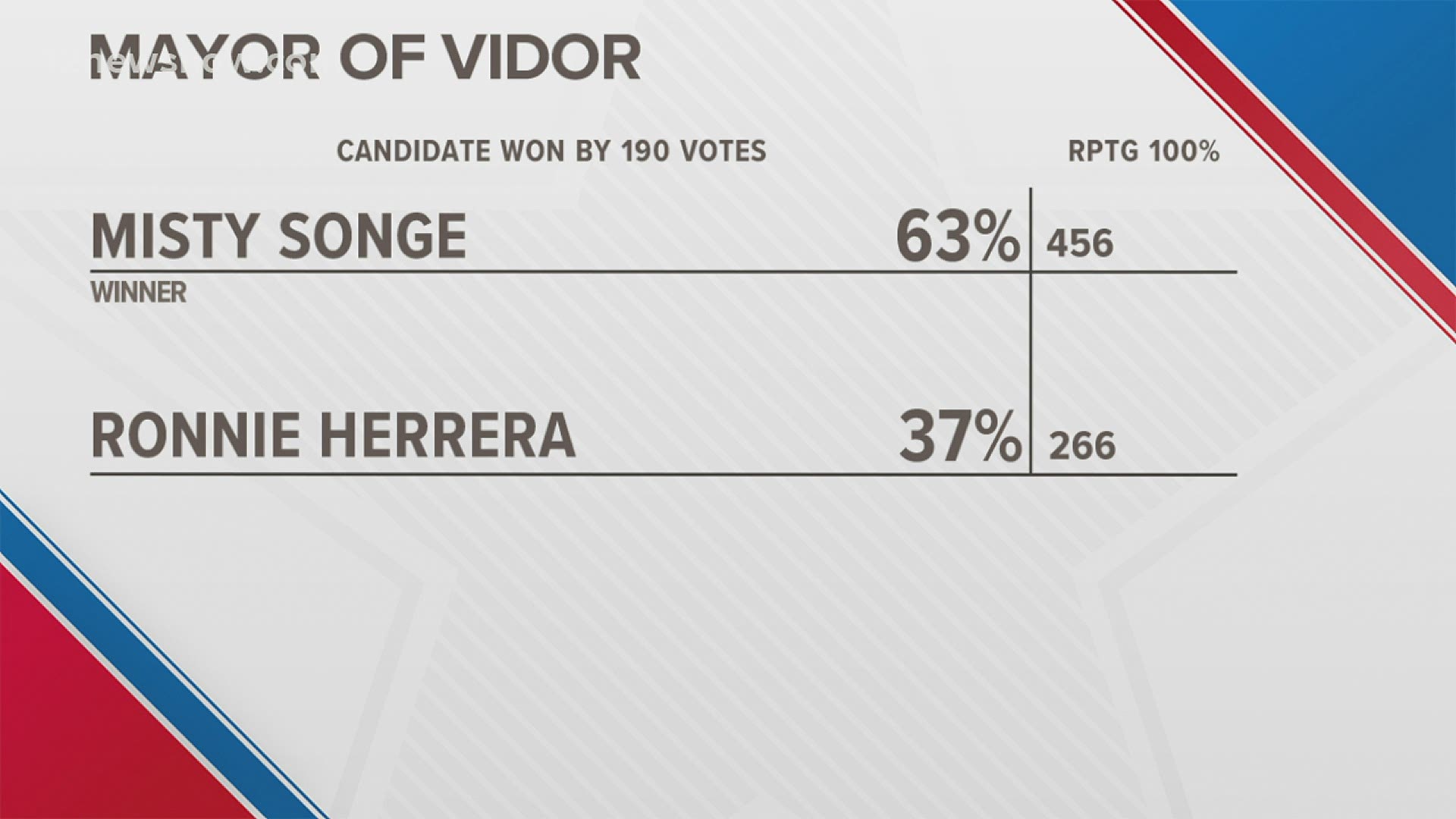 Songe, who has spent the last five years on Vidor city council, said she hopes to be accessible to the people of Vidor and establish better communication among citizens, city council and the mayor.

Songe said regardless of the election result, the voting turnout is what meant the world to her.

After a few years on the council, Songe said she is ready to embrace the challenge of being a mayor

"I just want to help lead our new council people and everybody on this team that we have built right now to continue to get things going." Songe said. "And make some forward progress that gets our citizens back on board with us."

Of the 722 votes, Songe gained 456 of them and her challenger Ronnie Herrera gained 266 of the votes.

Our news partners at the Beaumont Enterprise said that more than 500 ballots were cast during early voting, which is the most the city has ever seen for a runoff election.