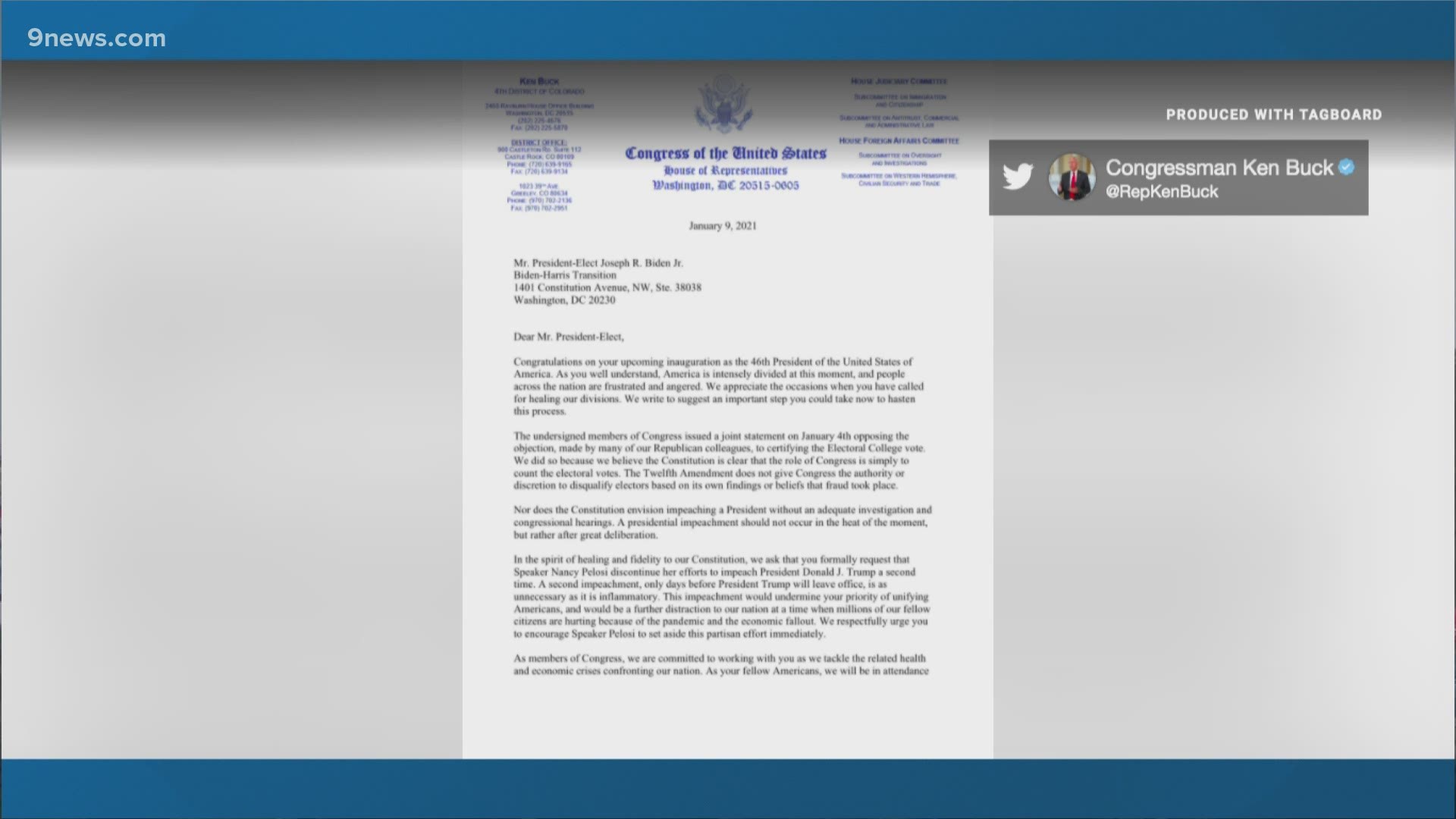 The letter, which was also signed by six additional Republican members of the U.S. House of Representatives, asks Biden to intervene "in the spirit of healing and fidelity to our Constitution."

"A second impeachment, only days before President Trump will leave office, is as unnecessary as it is inflammatory," the letter says. "This impeachment would undermine our priority of unifying Americans and would be a further distraction to our nation at a time when millions of our fellow citizens are hurting because of the pandemic and economic fallout."

In the spirit of healing and fidelity to our Constitution, I am asking that @JoeBiden formally request that Speaker Pelosi discontinue her efforts to impeach President Trump a second time. pic.twitter.com/BpCouEPxiW

PREVIOUS: Colorado — and two of its Republican Congressmen — takes sides in Texas lawsuit

Buck previously signed onto a lawsuit in December seeking to throw out votes in several states to invalidate Biden's electoral win.

However, he did not join a group of Republicans that planned to object to certifying the electoral vote in Congress.

"The undersigned members of Congress issued a joint statement on January 4th opposing the objection, made by many of our Republican colleagues, to certifying the Electoral College vote," the letter says. "We did so because we believe the Constitution is clear that the role of Congress is simply to count the electoral votes. The Twelfth Amendment does not give Congress the authority or discretion to disqualify electors based on its own findings or beliefs that fraud took place."