On Tuesday, both Sen. David Perdue and Sen. Kelly Loeffler said they support increasing stimulus check payments from $600 to 2,000. 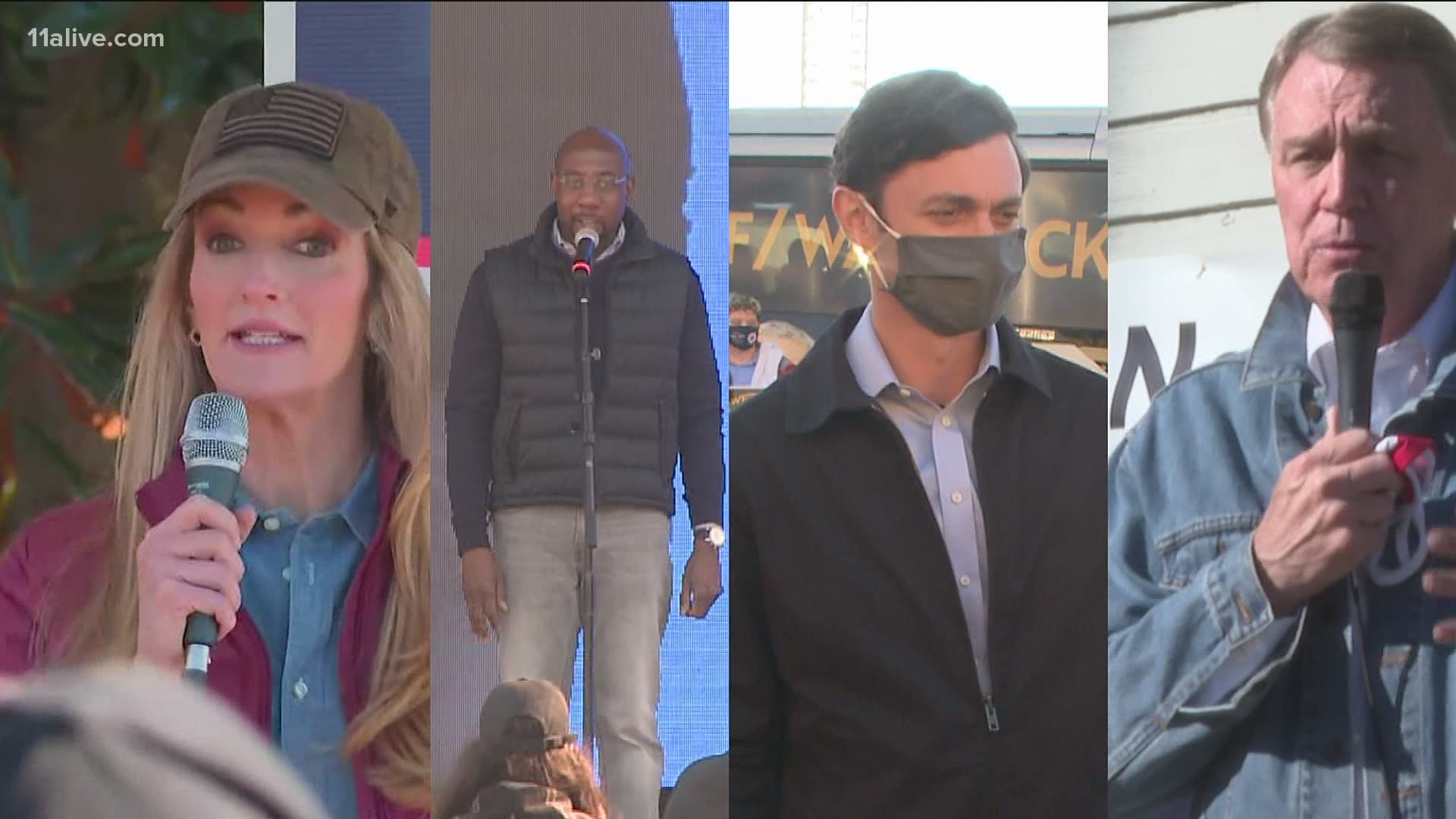 ATLANTA — With election day for Georgia's two U.S. Senate runoff races one week away, incumbent Republican senators David Perdue and Kelly Loeffler on Tuesday both said they support a proposal to increase stimulus check payments from $600 to $2,000.

On Sunday, President Donald Trump demanded COVID-19 stimulus relief checks be increased by $1,400. On Monday, the Democratic-controlled House approved the increase to $2,000.

On Tuesday afternoon, Democrats in the U.S. Senate, led by Sen. Chuck Schumer (D - NY), made a motion for the bill to be passed in the Republican-controlled Senate by unanimous consent. Senate Majority Leader Mitch McConnell (R - KY) though, blocked Schumer's bid.

When -- or even if -- a vote will take place in the Senate is not clear.

While stimulus checks are the top item being debated in Washington, both of Georiga's senators and their Democratic challengers spent the day campaigning around Georgia on Tuesday.

During a campaign stop in Cherokee County, Loeffler was asked about the proposed increase.

He questioned Loeffler's support being made public just one week before the election and said she shouldn't be on the campaign trail at this time.

"Instead of campaigning around the state and standing in the way of putting more money in the pockets of Georgians impacted by this pandemic, Kelly Loeffler should be in Washington taking up this fight in the Senate," Warnock wrote in a statement.

"Let's not forget that Sen. Perdue opposed even the first round of $1,200 checks, and he needs to join President Trump, President-elect Biden, and Democrats in supporting $2,000 relief payments right now," Ossoff said.

Perdue didn't stop for questions following his own campaign stop in Butts County on Tuesday afternoon. His campaign hasn't responded to 11Alive's e-mailed questions about the stimulus increase proposal.

Late Tuesday morning, though Perdue tweeted, in part, "I support this push for $2,000 in direct relief for the American people."

President @realdonaldtrump is right — I support this push for $2,000 in direct relief for the American people. https://t.co/Al3USM7zPr

"I don't think you will see the Senate taking this up prior to the election results," said Republican strategist and 11Alive political analyst Mike Hassinger.

According to Hassinger, with Trump supporting the stimulus increase and many Georgians in need of increased stimulus checks, on the campaign trail, Loeffler and Perdue need to support $2,000 checks, in order to attract voters.

"Now when it comes down to actually voting on it, they can always go back on their word, they can do whatever they want," Hassinger said. "On the campaign trail, they have to appear to support this."

While Loeffler and Perdue on Tuesday said they support increasing stimulus payments, neither senator said publicly if they would leave the campaign trail and return to the Senate floor in Washington to vote if the proposal is considered this week.