Certified election results declared Gleason the winner after he received 56.06% of the vote. 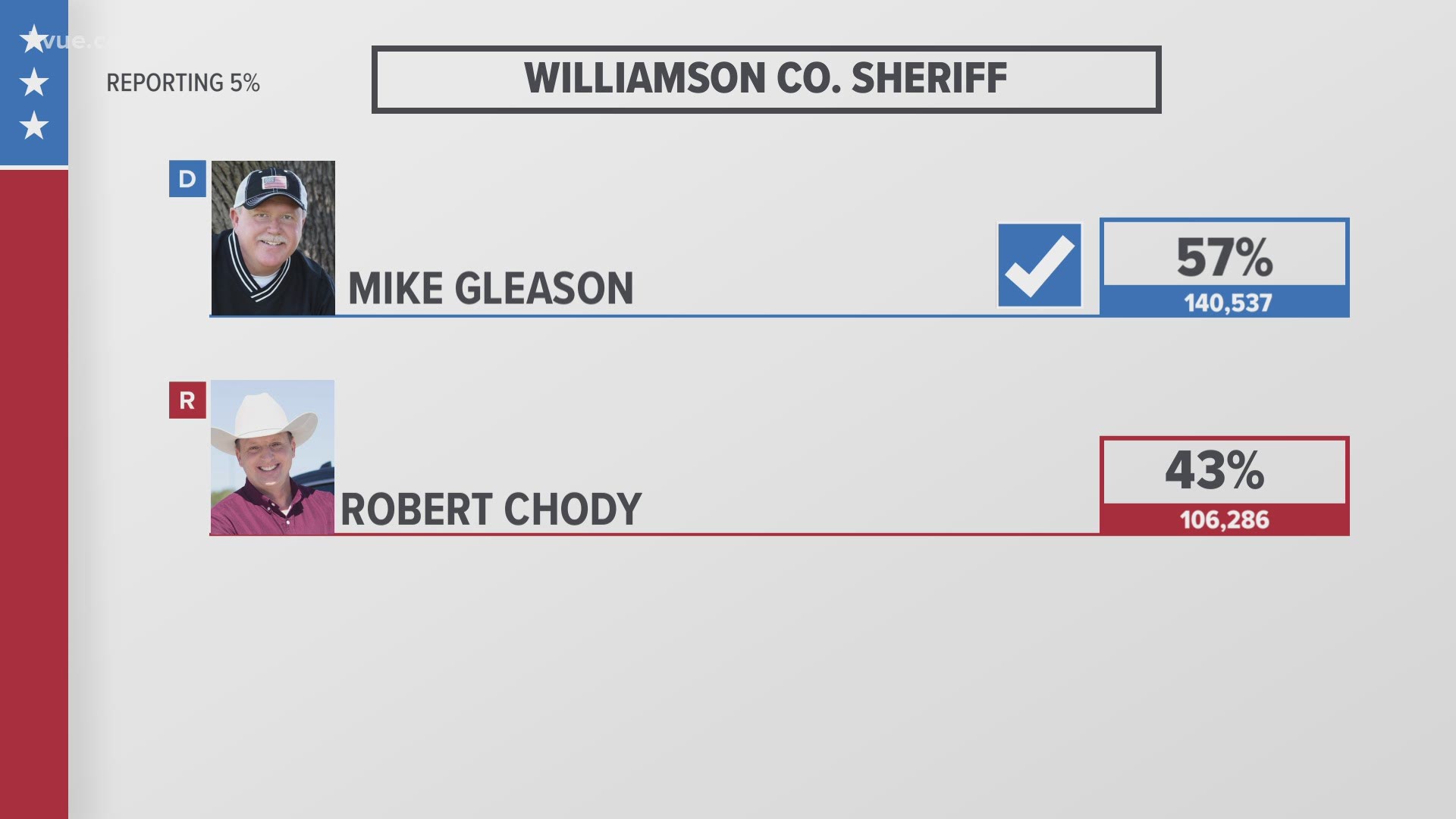 WILLIAMSON COUNTY, Texas — It seems that Williamson County Sheriff Robert Chody won't be leaving his position without a fight. Chody filed a lawsuit on Dec. 15 against Sheriff-elect Mike Gleason to contest the results of the Nov. 3 election, which Gleason won.

KVUE obtained a copy of the lawsuit in which Chody claims that the true outcome of the election cannot be ascertained due to "so many material mistakes, illegalities and/or fraud which occurred in the administrating and tabulation of the election."

The lawsuit cites two sworn affidavits that make claims of several instances of discrepancies and tabulation errors and also notes a technical error that impacted precinct-by-precinct voting breakdown found by the county on Nov. 2.

Williamson County Elections Administrator Chris Davis has described the error as a minor, non-results-impacting programming issue, according to Community Impact. The paper also reported that, ahead of the Williamson County Commissioners Court's vote to certify the results, Davis reiterated that he was completely confident in the election results summary report that he presented to the court.

In addition to contesting the results themselves, Chody's lawsuit also claims that Gleason and his wife participated in electioneering outside of a voting location. However, the suit notes that the Gleasons were standing just outside the 100-foot marker, meaning they were not practicing electioneering as defined by the Texas Secretary of State's Office.

The suit also states that the Gleasons used the services of current Williamson County District Attorney Shawn Dick when he was in private practice and indicates that this association is why Chody was indicted on a felony evidence tampering charge in the Javier Ambler case this fall.

According to Community Impact, neither Davis nor Gleason had a comment on these matters.

Certified election results show that Gleason defeated Chody, receiving 56.06% of the vote to Chody's 43.94%. Gleason is scheduled to be sworn in as Williamson County sheriff on Friday.

Is Austin-Travis County's curfew order in violation of Gov. Abbott's executive order? The city says no

Frustration, confusion over COVID-19 vaccine administration for Texans in Phase 1B

When can Texans in Phase 1B get the COVID-19 vaccine?