Beaumont's newest mayor since 2007 to be decided in runoff election

The Beaumont mayoral race was the race to watch Saturday night as the city voted for its first new mayor 14 years. 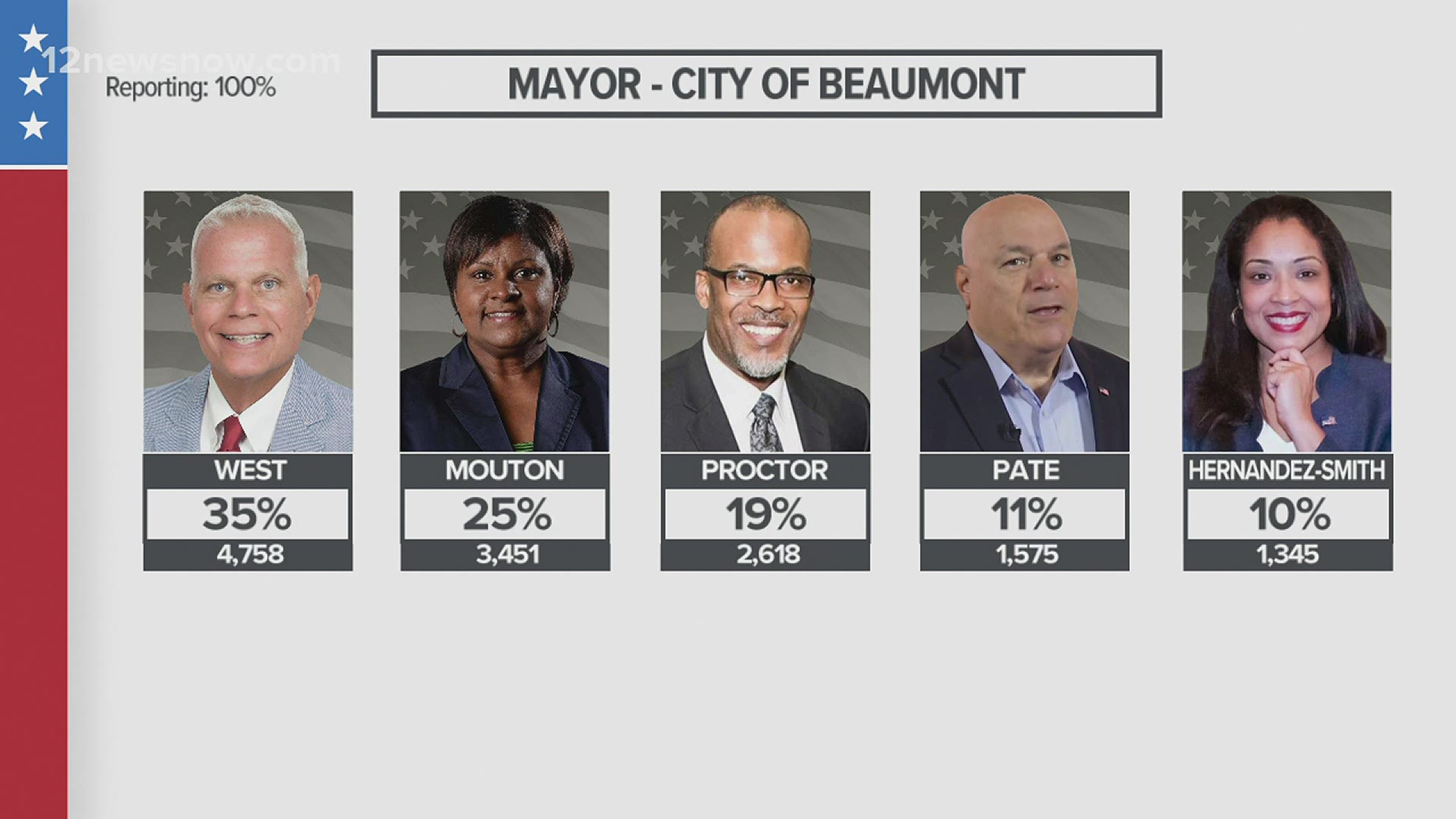 BEAUMONT, Texas — It's going to take a runoff election next month to decide who will become Beaumont's newest mayor since 2007.

(EDITOR'S NOTE: Video is from earlier this evening before the polls closed at 7 p.m.)

The Beaumont mayoral race was the race to watch Saturday night as the city voted for its first new mayor 14 years.

Just after the polls closed at 7 p.m. early-voting results were released and they showed that West, with 3,273 votes, and Mouton, with 2,327 votes, both had a healthy lead on the other three candidates.

W.L. Pate, LaShon Proctor and Biguita Hernandez-Smith were also in the ruining for mayor.

Mouton, who represented Beaumont's Ward 4 in the city council, has served on the council for six years. The lifelong Beaumont resident also served two terms as the city's Mayor Pro Tem.