The mayors are urging President Joe Biden to make gun violence prevention a priority for his administration. 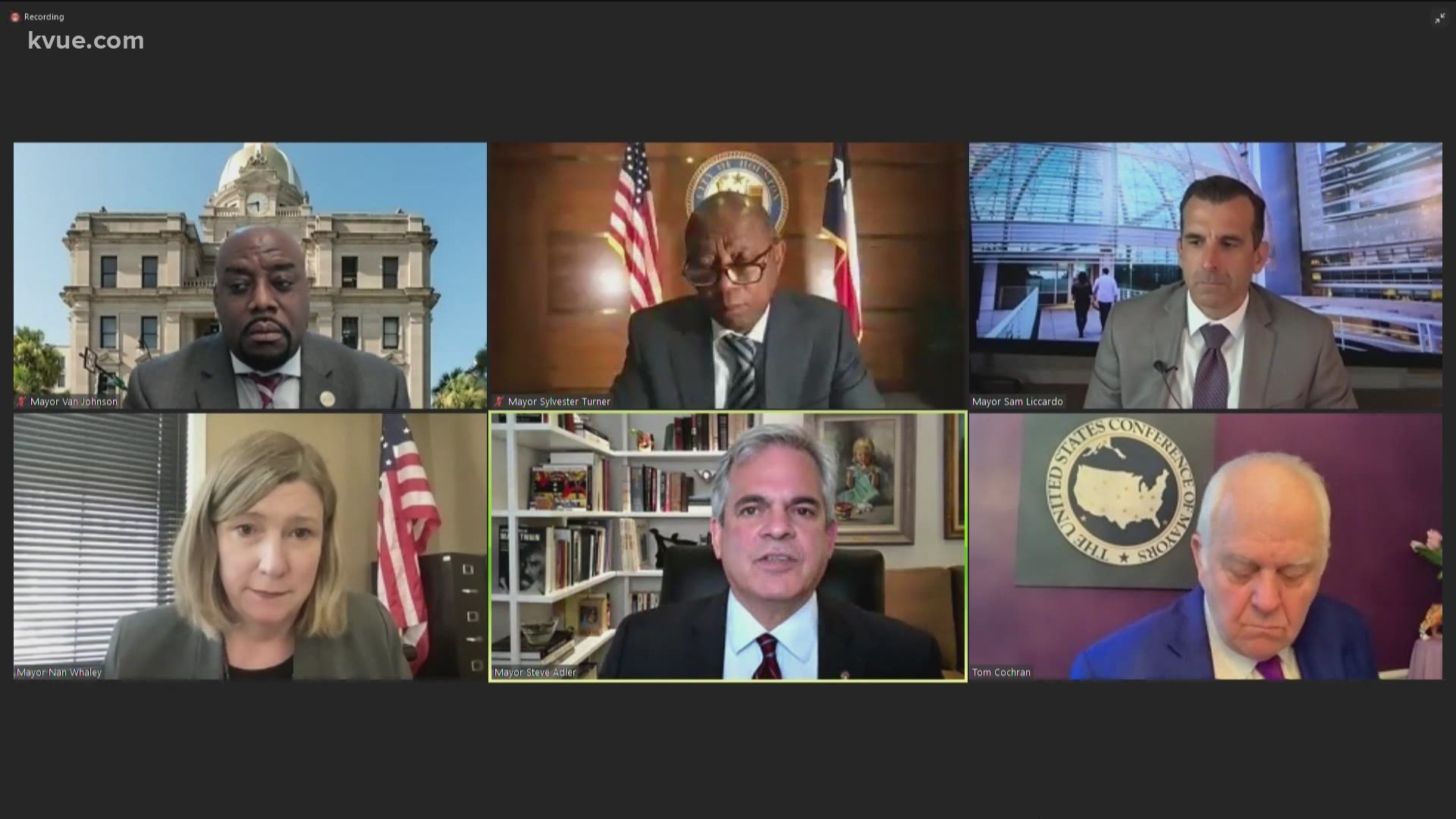 WASHINGTON — Austin Mayor Steve Adler and four other mayors from across the U.S. are urging national leaders to take steps toward gun violence prevention.

Adler, along with Nan Whaley, mayor of Dayton, Ohio; Chicago Mayor Lori E. Lightfoot; Houston Mayor Sylvester Turner; and Van Johnson II, mayor of Savannah, Georgia; will convene a virtual press conference Tuesday afternoon to discuss the "alarming rise in gun violence across the country," according to a press release from the United States Conference of Mayors.

The mayors are urging President Joe Biden to make gun violence prevention a priority for his administration.

"Over the weekend, four cities – Austin, Cleveland, Chicago and Savannah – faced mass shootings in a span of six hours that left at least 38 people wounded and six people dead," the press release reads.

The Saturday shooting on Sixth Street in Austin killed one person and wounded 13 others. One of those victims could be permanently paralyzed, according to her family.

As of Tuesday morning, police have not discovered a motive.

City of Austin to discuss Phase 2 of camping ban enforcement

'Loved by his family, friends and everyone who met him' | Man dies from Austin mass shooting on Sixth Street