Beaumont mayoral candidates face off in debate at Lamar University 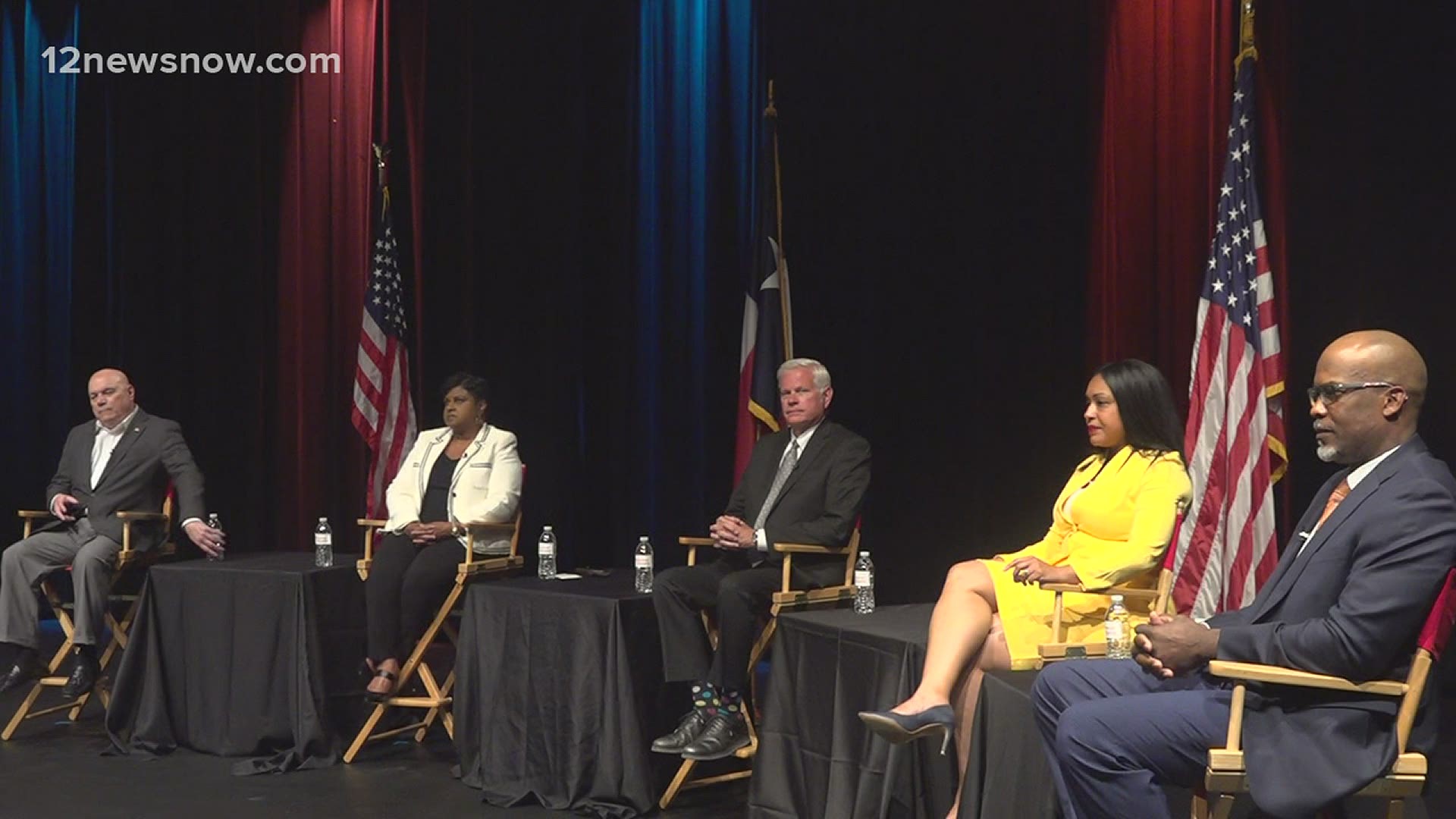 BEAUMONT, Texas — Beaumont will soon get a new mayor, and 12News will moderate a live, one-hour debate 11 days before the election to give voters a chance to meet the candidates.

The 12News debate will be moderated by anchors DeJonique Garrison and Jordan Williams. It will be hosted at Lamar University on April 20th and will feature the five candidates who qualified for the May election as they answer questions in-person. However, due to COVID-19 protocols, voters will not be able to attend the debate.

The 2021 Beaumont mayoral debate will feature questions about infrastructure, crime, the COVID-19 pandemic, new development, racial equality and the candidate's vision for the future of the city.

Mouton, who currently represents Beaumont's Ward 4 in the city council, has served on the council for six years. The lifelong Beaumont resident also served two terms as the city's Mayor Pro Tem.

The Beaumont City councilman announced he was running in July 2020, becoming the second candidate to throw their hat into the ring.

Pate, who is currently an at-large councilmember, has served on the council for 13 years. Pate also served two terms as Mayor Pro Tem. He is also an Army veteran who joined the Reserve as a private in 1967.

"It's time for a new beginning for all of Beaumont," Pate said in an election video announcing he was running. "I'm asking for your support in getting better streets, less flooding, less crime and less taxes. I have a vision for a better city."

Proctor has been at Proctor's Mortuary for the past 20 years where he serves as funeral director for his family's business. Proctor is a graduate of Westbrook High school and is a Navy veteran.

The Beaumont businesswoman announced her plans to run for Mayor in December.

“Without the vigor of the people, their city perishes. Our residents must be given hope, inspiration and incentives to reside in Beaumont and invest in our city. My platform is people driven, with all initiatives rooted in the betterment of the people,” Hernandez-Smith said.